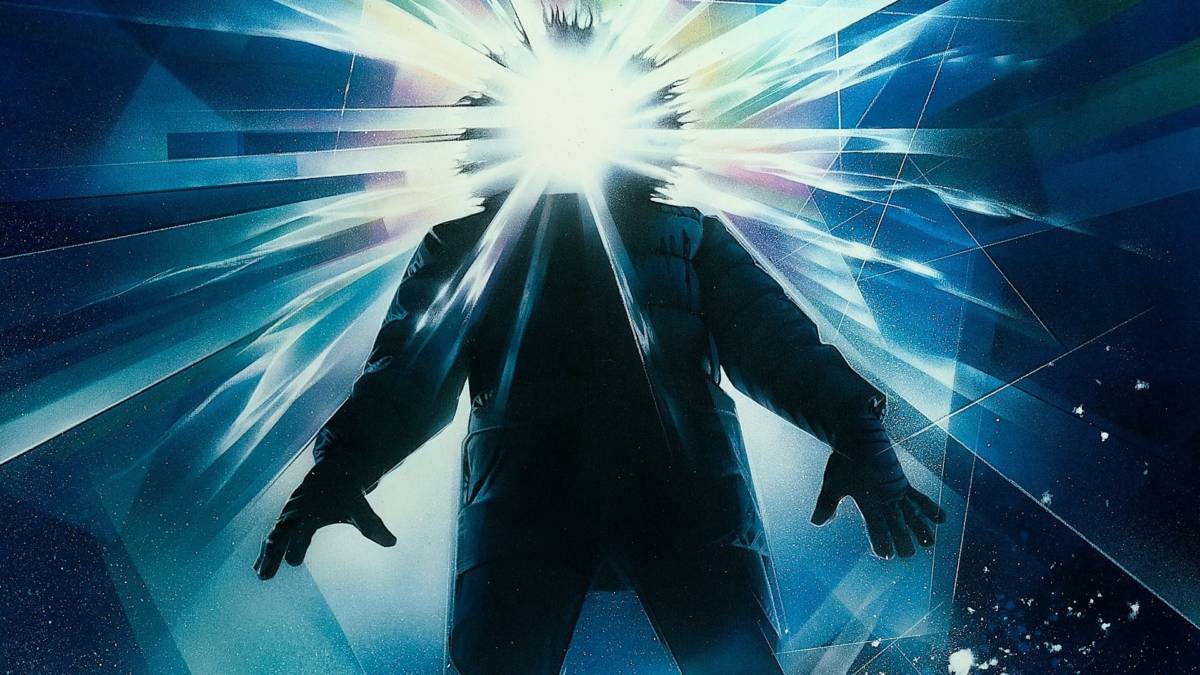 In 1974, a student film originally produced at the University of Southern California was expanded to feature length and received a limited theatrical run. It quickly gained a cult classic reputation, appearing in theaters until 1980 and was even reviewed by famed critic Roger Ebert. That movie was Dark Star, and the director was John Carpenter, who during the 1970s and 1980s became a beloved director in the horror, science-fiction and action genres.

In recent decades, Carpenter’s reputation has been an inspiration and influence for many film fans and directors, even being rewarded the 2019 Golden Coach Award from the Cannes Film Festival. What better way to celebrate the majestic talent of Carpenter than looking back and ranking his entries in the horror genre?

This Carpenter movie ranking won’t include anthology or television entries, so don’t expect his collaboration with Tobe Hooper (Body Bags), television-movie Someone’s Watching Me, or his entries into the anthology series Masters of Horror (Cigarette Burns and Pro-Life).

Ghosts Of Mars weirdly feels less of a John Carpenter film, and more as if someone is trying to mimic the style of John Carpenter.

It possesses elements of several Carpenter classics: the siege mentality focus of Assault On Precinct 13, the paranoid undertone of The Thing as the villain transfers from character to character, and a supposed anti-hero ala Snake Plissken. In fact, there have been rumours for years that Ghosts of Mars was meant to be the third Plissken movie called Escape From Mars, but either way, Ice Cube makes a poor replacement as anti-hero Desolation Williams.

The Martian spirits that have possessed human colonists on Mars unfortunately look like goofy Road Warrior wannabes, negating their overall threat, not helped by the so-2000s-it’s-painful rock music that accompanies them. Combined with some of the worst dialogue in a Carpenter movie, Ghosts of Mars was so terrible that Carpenter withdrew from directing for ten years afterwards. If this is your introduction to John Carpenter, I promise it gets better.

An often forgotten entry in Carpenter’s filmography, what seems to be missing with The Ward is the innovative spirit that Carpenter displayed in the late 70s to early 90s. Carpenter himself has mentioned how the script for the film came along at the right time for him, since he was burned out after Ghosts of Mars and was taking a mild sabbatical apart from two episodes of Masters of Horror.

The surprising part is that Carpenter has previously proven himself capable of creating movie magic with singular locations (Assault on Precinct 13 and The Thing, for instance), and yet that might be a hindrance to The Ward. Mundane scares and mediocre storytelling means the movie never really hits its stride, and the truth is, if not for it being Carpenter’s last movie, it’s unlikely anybody would care for or remember The Ward. A sad swan song for a filmmaking master.

Vampires is a strange inclusion in Carpenter’s filmography, and yet possibly one of his more obvious passion projects. Based upon a John Steakley novel, Vampires was a combination of both the horror genre and the western genre, with Carpenter a master of the former and a fan of the latter. Carpenter was supposedly (often cited in articles but unconfirmed) hindered by a last minute cut of 60% of his budget, forcing him to rewrite the entire script that picked elements from two drafts, the book, and his own imagination, which certainly didn’t help matters.

Weirdly, the biggest issue of the movie might be how overtly violent the movie is, full of visceral gore and a nasty edge to all the characters. This adds to the polarising nature of the film, Carpenter’s solid direction in the horror scenes are offset by unlikeable protagonists, making it a difficult film to invest in. James Woods is good as the cool-sounding Jack Crow vampire killer protagonist, but he’s also antagonising due to his cruel and sadistic nature. Might have been better suited as a mini series that allowed some mild humanisation of the supposed heroes.

After the successful reimagination of Invasion of the Body Snatchers in 1978, Universal Pictures approached Carpenter to remake the 1960 favourite Village of the Damned. Considering his previous success at modernising a black and white movie, Carpenter could have created something special. Unfortunately, despite being one of the better movies from Carpenter in the 90s (definitely better than Chevy Chase as the Invisible Man), the film never captures the same magic as The Thing, let down by a lack of energy and momentum.

There’s an increase of violence in this remake, including immolation and forced stabbing with a scalpel, and financial backing from Universal with a $22 million budget. The performances are okay, former Cheers icon Kirstie Alley hamming it up, a badass preacher in Mark Hamill, and an underrated Christopher Reeve as the protagonist, plus attempted humanisation of the children. But despite Carpenter’s best attempts, the script undermined any positives of the film.

Adapted from a Stephen King novel, Christine was a rare Carpenter film that wasn’t a passion project of his, instead being done as “a job”. In fact, Carpenter admitted that he didn’t find the novel itself frightening and changed the antagonist from a ghost-possessed car to just an evil car. Set in the 1950s, Carpenter seems to also be a homage to the style of the 1950s, making it less scary and more fun, driven by personality (pun not intended, but I’m now keeping it in).

The car itself is surprisingly intimidating, Carpenter’s direction giving it a humanistic anger, utilising the space around it to make it feel alive. Combined with the slow possession and metamorphosis of the main character, the nerdy and mild-mannered Arnie, into a nastier and more vicious individual, there’s a clever mix of threats to unnerve the audience. It allows for big set-pieces with Christine attacking and killing individuals, whilst also giving importance to the quieter scenes as we see the changes to Arnie’s personality.

Christine is more fun than terrifying, but a solid cult classic in Carpenter’s filmography.

The final entry in the “Apocalypse Trilogy”, In The Mouth of Madness might also be the last relatively ‘good’ film Carpenter directed.

Starring Sam Neill the year after his role in Jurassic Park, the film follows him as he investigates a popular horror novelist called Sutter Cane who has recently disappeared. A meta-textual analysis of horror fiction, with tributes to both Stephen King and especially H.P. Lovecraft, Carpenter confidently handles the material as he widens the scope and focus.

The film gradually unveils the concept of “what if HP Lovecraft was writing about real horrors”, the idea that the monsters in Cane’s book can enter our reality. Neill is fantastic as the sceptic whose mind is gradually overwhelmed by the horrors and decaying reality. Between the growing paranoia, the practical effects of the monstrous demons, and the cerebral Lovecraftian horror of insanity and humanity’s insignificance, most horror fans can find something to enjoy in Carpenter’s best films of the 90s.

Inspired by Carpenter’s fascination with theoretical physics and atomic theory, Prince of Darkness focuses on Satan being the offspring of an Anti-God composed of anti-matter (it makes sense in context). An engrossing concept that is also combined with a beloved Carpenter trope, a cast of characters having to defend a location from an attacking mass (Assault, Ghost), this is a more spiritual horror than most of Carpenter’s other films.

American Film Critic John Kenneth Muir has previously suggested that Prince of Darkness offers a parable for the AIDS virus, which was at the height of its uncertainty, as the method the demonic possession uses to transmit between villains is also via fluid, akin to the virus. Combined with the movie’s look at religion and the concept of evil, the themes are introspective and fascinating for audiences to contemplate.

The Fog is a much older fashioned film, reminiscent of gothic horrors in Cornwall. Carpenter and Hill were actually visiting Stonehenge in England while promoting Assault on Precinct 13, when they saw an eerie fog in the distance. Inspired by the imagery, they crafted a modern ghost story, intertwined with the historical horror of pirates as the antagonists. According to the audio commentary, Carpenter and his partner Debra Hill ended up reediting the film with a new prologue featuring ghost stories next to a campfire, and a higher level of gore.

The film features several recurring actors from Carpenter’s filmography, such as Halloween’s Jamie Lee Curtis, his wife Adrienne Barbeau, Tom Atkins who went on to star in Escape From New York, and others. The strong cast helps anchor the slow build throughout the movie, gradually introducing chilling twists and terrifying antagonists, culminating in a well-paced third act. There is always an air of mystery to the story, which really suits a movie named after a cloud that shrouds your surroundings.

The movie with which John Carpenter announced himself to the world, creating a horror classic on a budget of $325,000 and earning a worldwide box office gross of over $70 million. Approached by producer Irwin Yablans and financer Moustapha Akkad after a screening of Assault on Precinct 13, Carpenter and Hill crafted a timeless tale of the ultimate bogeyman in Michael Myers.

Anchored with two contrasting but integral performances by Donald Pleasence and Jamie Lee Curtis, Halloween is a masterclass in suspense, building tension throughout while incorporating terrifying scares from the first moment. Be it the infamous voyeuristic opening scene, Michael’s daylight stalking, or Laurie’s desperate fight for survival in the climax, all with the underlying soundtrack increasing the audience’s fear, Halloween is Carpenter at his near-best.

It feels slightly ironic that considering Carpenter’s own films have had polarising sequels and remakes (2005’s The Fog and Rob Zombie’s Halloween duology), only for his best horror film to also be a remake.

Not only an adaptation of John W. Campbell Jr’s novella Who Goes There, Carpenter’s film is a reimagining of the 1951 original The Thing From Another World, incorporating a much more nihilistic feel. While Christian Nyby’s black and white version featured a team of scientists working together to battle against a dangerous alien threat, Carpenter instead injects an underlying tone of paranoia and fear as the team gradually turn on one another.

With innovative practical special effects that holds up thirty-nine years later (I expect a retrospective next year on this website) and Kurt Russell in one of his best performances, there’s a horrific sense of inevitability to the breakdown between the scientists. The characters are depressingly too human, overtaken by fears and accusations during their futile attempts to uncover who has been assimilated by an alien entity. The film was originally lambasted during its debut, but has earned a well-deserved legacy and reassessment, with many television shows attempting their own versions of the story.

But of course, none compared to the excellence that is John Carpenter’s iteration.

READ NEXT: Ranking the Hellraiser Movies From Worst to Best