Who let the dogs out? 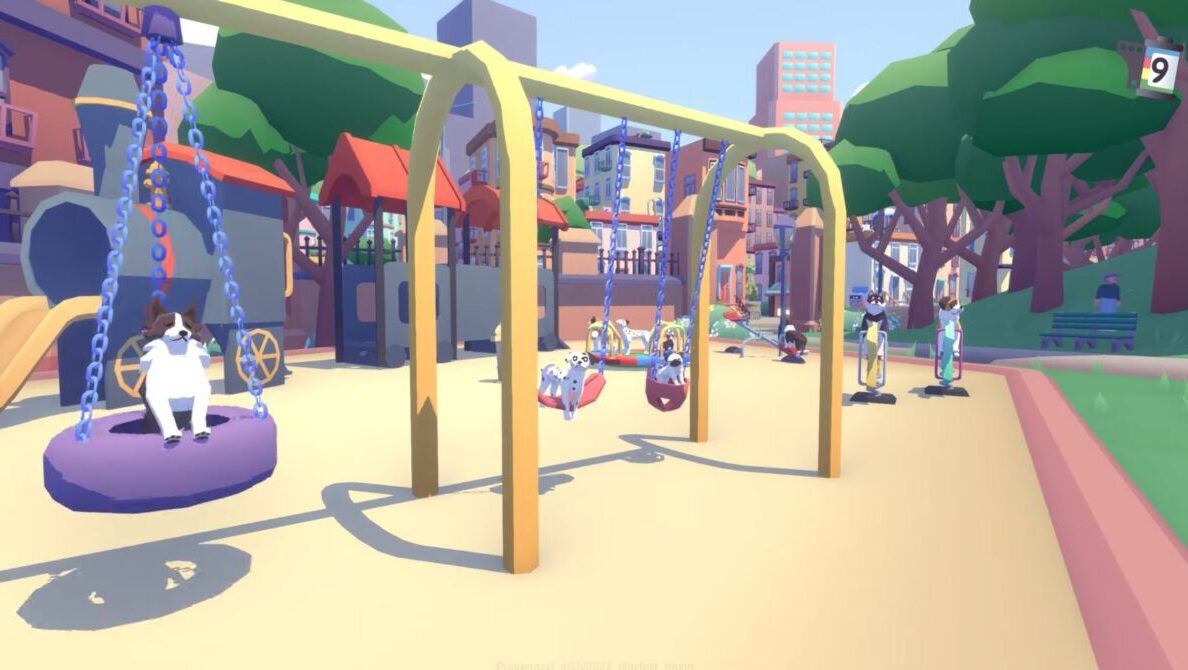 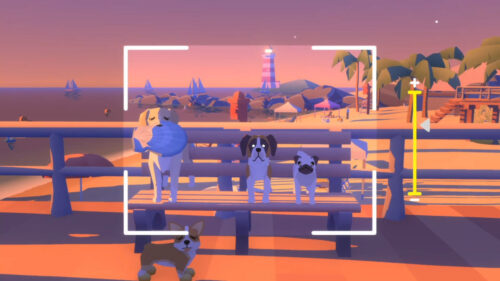 Not content to be leashed by weighty plots, complex characters and intricate gameplay mechanics, Pupperazzi is a game about taking pictures of dogs. That’s it. Throughout the game’s five levels (which you’ll be revisiting in multiple forms), you’ll explore, play dress up with the dozens of dogs you find on your travels, and take plenty of adorable pictures.

Along the way, you’ll complete requests such as “take a picture of this specific dog”, or “take a picture using a certain filter”, and doing so earns you followers and bones that can be used to upgrade your camera with new lenses, filters and features. You can also upload photos to doggy social media, where depending on what you’ve captured, you’ll appeal to different fan types, adding an extra layer of puzzle solving and discovery.

While your tools are pretty barebones at the start, you’ll be taking fish-eye lens shots with sepia filters before too long. By the end of the game, the amount of customisation you have when setting up a shot is pretty decent, with multiple filters and lenses to pick from, though some post shot editing would make for a neat additional touch. Just be careful if you go for a selfie though: turns out, you’re actually playing as a sentient camera with arms and legs, which is equal parts creepy and terrifying.

Existential camera based horror aside, the real stars of the show are the dogs, with dozens of breeds all waiting to be the focal point of your next great photo shoot. Pupperazzi gives you plenty of items to play with too, including food and toys that can hold the dog’s attention or even get them to stay still for a couple of seconds. You can even make the dogs dizzy by using the flash on your camera, or terrify them by turning on a roomba and dropping it close to some puppers, but why would you do that, you monster? Oh yeah, the game literally asks you to, but it’s fine. You’re also asked to throw the roomba in the trash later.

Pupperazzi’s appeal is in the joy of discovery. While there’s only a handful of levels, and none of them are particularly big, there’s plenty of dogs to interact with and secrets to find. Every first you see is guaranteed to elicit some kind of “awwwww” or similar cute reaction, as you watch a dog trying to navigate city roads on a moped, or see a bulldog selling hot dogs next to a few more dogs chilling out near a waterfall.

Unfortunately, that appeal is a one-time deal. Once you’ve seen a dog riding a bike, you’ve seen them all. Still, it would seem that Sundae Month is well aware of how short-term the fun aspect of Pupperazzi is. There’s only so many photos of dogs you can take before you’re going through the motions, so you can mercifully roll credits on this game in about 3 hours. By that point, you’re probably going to be focusing more on fulfilling requests than soaking in the atmosphere, so there’s no worry of Pupperazzi wearing out its welcome.

However, there are a couple of bigger issues that can impede the fun. For one, fulfilling the requests thrown at you can often be a bit finicky. Despite having all the elements needed, sometimes one feature will be out of focus or too far away, yet the game gives you no feedback one way or the other. On top of that, switching between lenses and filters, at least when using a controller, doesn’t feel intuitive, as the menus feel troublesome to navigate at times. There’s also a couple of glitches to look out for, including one that managed to essentially corrupt my save file. Big fun.

While this might be a rare instance, it’s also seemingly possible to completely break your game. After finishing all the levels and main missions, the only task left was to complete the Puppypedia. Suddenly, the game crashed, but when I booted the game up, it would consistently crash on the main menu and return to the dashboard. The only solution to this was by using a second profile to load the game, then switch in the menu, but that messed up my save file by essentially corrupting my current Puppypedia entries. When I did complete the missing entries, the achievement unlocked, but for the second profile.

While the review build might be a bit more unstable than is preferable, Pupperazzi still manages to raise a smile whenever I think about it. Now, more than ever, there’s a place for delightfully adorable games like Pupperazzi, and I’m glad to see more of it, especially if it involves cute huskies wearing party hats.

A code for Pupperazzi on Xbox was provided by PR for the purposes of this review. 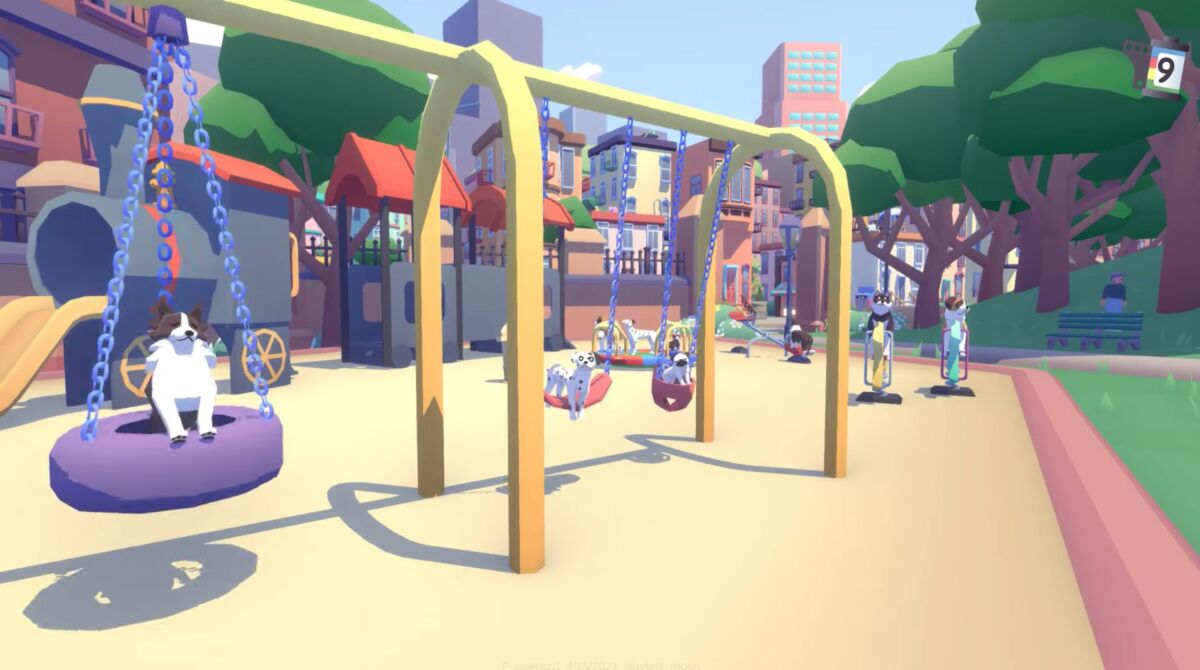 Verdict
Pupperazzi sells the fantasy of being surrounded by dozens of adorable good boys, while ensuring the gimmick doesn’t overstay its welcome.
7.5
Cultured Vultures is a pop culture website established in 2013 covering all things gaming, movies, and more. We eat your words.
All The News On The Biggest Games