Is Pragmata Coming to PC and Xbox? 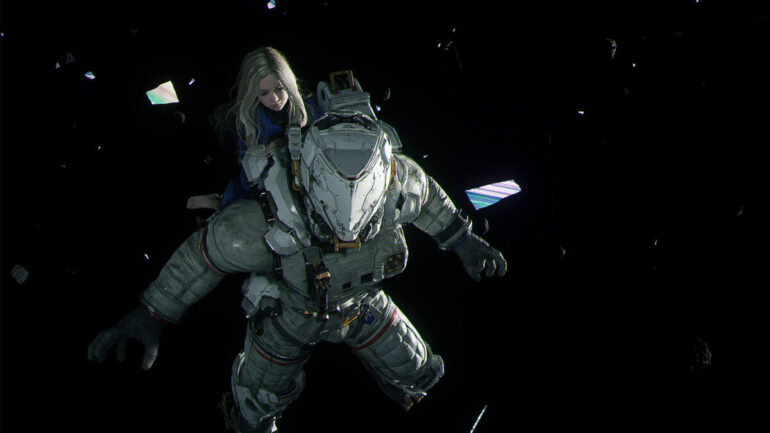 Pragmata is a mysterious and even bizarre science-fiction action-adventure game that will be released sometime in 2023. The game is being developed by Capcom, which is known for developing exciting franchises like Devil May Cry and Resident Evil.

Fans were hoping for a 2022 release date, but unfortunately, Pragmata was delayed by its publisher, who set the launch back to 2023. A teaser trailer released in June of 2020 left gamers with more questions than it did answers concerning what the game is actually about.

With very little information on this game being released, fans are left wondering if Pragmata will be available on other platforms aside from the PlayStation 5, namely PC and Xbox Series X & S.

Pragmata is, simply put, extremely weird. Players are left to the confusing trailer to decide what the heck is going on throughout the game’s storyline.

From what we can gather, Pragmata seems to revolve around a young girl and a character wearing an astronaut-like suit. It would seem like the child isn’t human because she can do things like breathe and exist in space.

The Earth we know seems to have devolved and is encompassed in some sort of technology that may be affecting the planet’s gravity. The astronaut and child are seen escaping the planet after a satellite crashes into it and landing on Earth’s moon.

There’s also a robot cat with holographic skin that hangs out with the young girl, who may also be robotic, in the first half of the trailer. This could hint at a possible biotech takeover.

A press release given by Capcom notes the setting as a dystopian near-future on Earth’s moon, so you likely won’t find yourself on Earth for very long. As for Pragmata’s gameplay, there are no hints or information about it. Aside from being a sci-fi action-adventure, we can only gather a few possible ideas from the trailer, such as the astronaut’s ability to create useful gadgets and weapons.

Will Pragmata Be Available on Xbox and PC?

Pragmata was first announced at a PlayStation 5 reveal event with its signature strange trailer. It was set to launch in 2022, but the release has been pushed back to 2023, which was disclosed during a PlayStation sizzle reel during CES in January of 2021.

Capcom also confirmed the delay after 10 months through a statement on their website and a short video. They said that in order “to ensure this will be an unforgettable adventure”, Capcom wanted to delay Pragmata’s release until 2023. The studio assured that its developers were hard at work.

With all of this being said, the good news is that Pragmata will be released not only on PS5, but also on PC and Xbox Series X & S in 2023. While fans may not have much information on this unusual game and are left largely in the dark, they can revel in the fact that it will be available on PlayStation, Xbox, and PC platforms. No news on a Game Pass release, however.

READ NEXT: Is Marvel’s Wolverine Coming To PC and Xbox?