A Post-Apocalyptic Legend of Zorro Movie Might Actually Happen 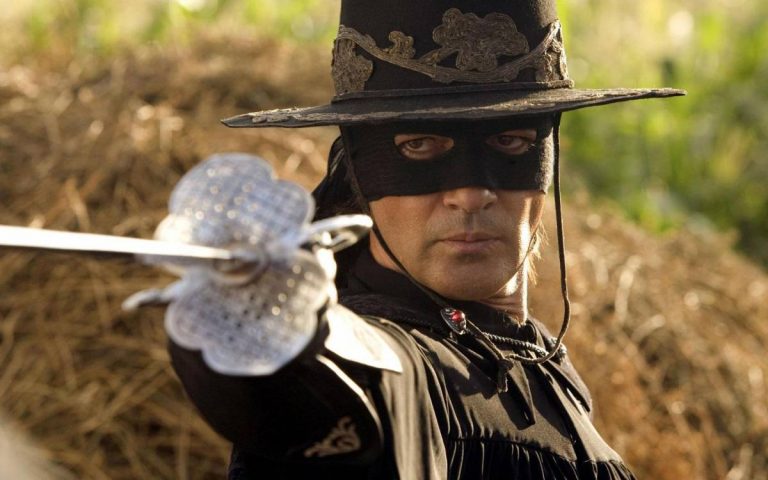 What does a movie studio do when it lacks all confidence in one of its franchises? That’s right, it makes the whole thing a post-apocalypse story. But when that franchise is Zorro, are we really meant to take it seriously?

Since the last film in the franchise, 2004’s The Legend of Zorro, film rights have danced from one studio to another. Most recently Fox came close to putting together a new movie, even casting Mexican actor Gael García Bernal in the title role. Now, a partnership of Lantica Media and Sobini Films are aiming to get the ball rolling by March 2016.

If you’re a keen follower of film news you might have heard talk of a post-apocalyptic Zorro as far back as 2011. But now it really looks like the thing is actually going to happen.

Zorro, originating in an early 20th Century pulp magazine and quickly spinning off into film and television, traditionally follows the story of Don Diego de la Vega. Don Diego, a California nobleman at the time of Mexican rule in the 19th Century. However, in secret Don Diego wears a black mask and fights injustice as Zorro. Subsequent stories see Don Diego pass the mantle on to younger Zorros, the most recent in the public memory being Antonio Banderas’ Don Alejandro.

The question arises as to how the new film will divorce the character from his original setting without losing what made him popular in the first place. Zorro, along with the Scarlet Pimpernel, is in many ways the forerunner to the modern superhero. Given how popular this genre is at present, it’s curious film studios would choose to go the post-apocalyptic route.

Unless they saw Mad Max: Fury Road earlier this year, in which case it all makes sense.