Possessor REVIEW – Mutilation of the Mind

You're going to hear about this movie a lot this year. 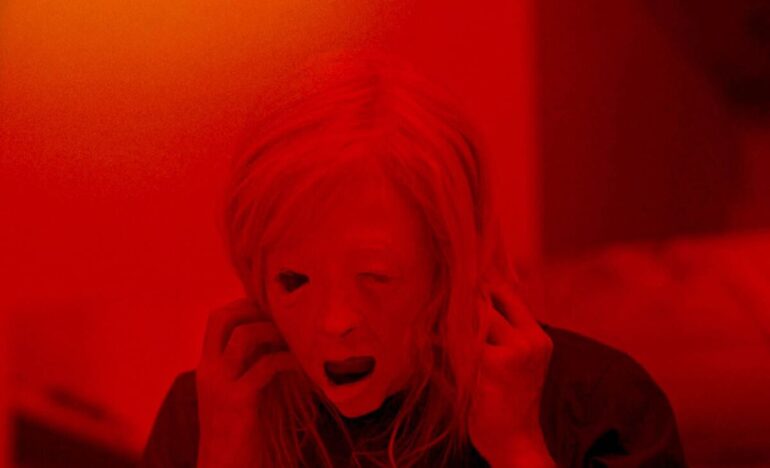 I don’t envy Brandon Cronenberg. Whether he likes it or not, he has astronomically sized shoes to fill. Comparisons between his father, David Cronenberg, and his work are inevitable, an unfair expectation laid upon a sophomore filmmaker.

And within the opening moments of Possessor, writer and director Brandon Cronenberg shows he’s more than capable of carrying his father’s legendary body horror torch, with this wholly original psychedelic nightmare.

Renowned assassin Tasya Vos’s (Andrea Riseborough) last job got messy. Known for her surgical precision, Tasya’s latest kill was anything but clean, as she opted to stab her target dozens of times. It was needlessly excessive, out of character even, and yet more troubling, it seems as if she relishes the act.

In a near-distant future, body possessor technology is utilized by a corporation specializing in high profile assassinations. This technology is used by Tasya to control civilians as puppets, and to have them carry out assassinations for her. An emphasis is placed on crafting ironclad narratives, such as why a possessed person would kill a target rather than focus on the actual execution method. While this tech allows Tasya, and her employer, to remain elusive, it comes at a significant cost.

The procedure takes a toll on the mind, ranging from disorientation to permanent brain damage. In Tasya’s case, she begins to experience violent fantasies and urges that become more difficult to suppress. Rather than addressing the dwindling control of her mind and body, Tasya undertakes her most difficult hit yet, pushing her to her breaking point.

Cronenberg has fulfilled his vision of a truly unique and one of a kind blending of horror and science fiction. The technology and its variables are fantastical and mind-bending, yet the world of Possessor is a plausible one. Corporations control everything, to the degree they are involved in carrying out assassinations to undermine one another. There are no mad monologue-preaching scientists or larger than life villains. This muted world is one of deceit, a decaying sense of self, and sickening violence.

Tasya’s assignment involves her possessing Colin (Christopher Abbott), the boyfriend of the daughter of her target, and destabilizing his relationships so people would believe he would “snap” and kill the target. Though the possessor process allows Tasya to look like Colin, it’s up to her to convincingly live like him.

An early scene, reminiscent of Florian Henckel von Donnersmarck’s The Lives of Others, shows Tasya surveilling Colin and his girlfriend’s apartment from an adjacent building. She studies his behaviors and mannerisms, repeating single words and phrases he utters aloud to herself. A host is not selected for their physical abilities; rather, they are a shell of limitless espionage potential. Employing that which Tasya has observed will become the means to carry out the objective once she is in control.

Andrea Riseborough does a fantastic job of capturing Tasya as an outsider in every sense of the word. We don’t need to be told she’s losing her grasp on things, as we see how the ramifications of her work tear at the fibers of her being. From interactions with coworkers, and even her husband and son, skin-crawlingly uncomfortable would be an understatement.

Before entering her home, Tasya stands in the driveway, reciting predetermined responses to her husband’s potential questions- not unlike how she does during the research phase of a hit. And once she is with her family, it’s as if she’s counting down the seconds before she can be left alone again, only comforted by work.

The other side of Possessor’s narrative is told from Colin’s body, once Tasya becomes the dominant presence. It’s stunning how Christopher Abbot can replicate certain, unshakable mannerisms of Risebourgh’s that we, the audience, can’t help but pick up on. And while the job begins smoothly enough, Tasya’s dwindling control of her identity leads to a war between the host and possessor’s body and mind. As Colin begins to fight back for dominance of his body, both characters are plunged into a nightmarish struggle of retaining their sense of identity.

Later, we see a literal depiction of Colin and Tasya’s psychological war, a shifting of dominance, which manifests in a dreamlike depiction of Colin literally ripping off Tasya’s face. This represents his dominance being reasserted, yet he explores her memories from her point of view, wearing her face like a Halloween mask.

There’s no other way to say it, but Possessor’s second half is a mindfuck that ensures you won’t be able to stop thinking about it, veering more into memorable moments of gruesome, bone-crunching gore, and blood-splattering instances of violence. Every instance of violence is deliberately orchestrated to elicit the most visceral reaction, never feeling like an afterthought, or merely serving to appeal to horror fans. I’d equate Cronenberg’s approach to violence, much like that of Jeremy Saulnier (Green Room, Blue Ruin). Both directors use violence sparingly, yet apply a sickening quality of savageness to it, making it memorable.

This application of memorably sickening violence fuels one of the most shocking and disturbing film finales of the year. The violent explosion of repressed urges and constant conflict of retaining one’s identity is sad, sudden, and sickening. It’s the perfect send-off for a film that, above all else, is unlike anything else you have watched this year.

Possessor is not to be missed.

READ NEXT: 10 Best Female-Led Horror Movies You Should Watch 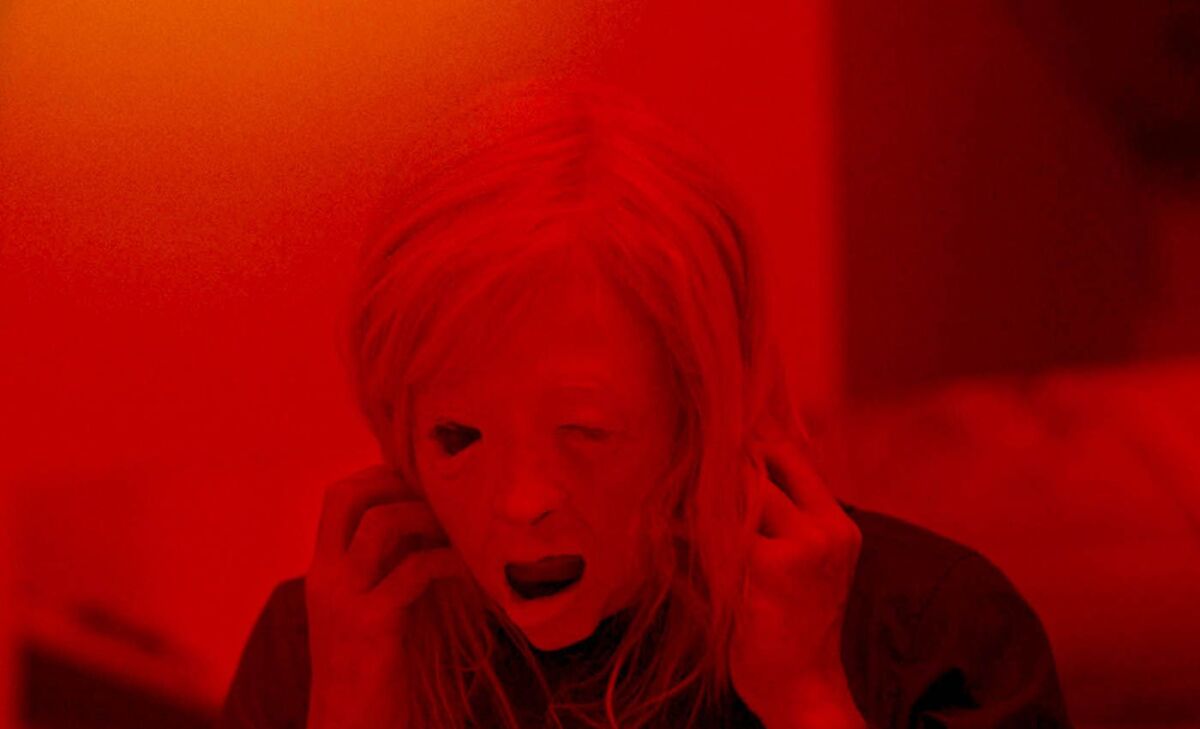 Verdict
With Possessor, Brandon Cronenberg blends science fiction and horror to tell a psychedelic nightmare of the mind, body, and the warped intersectionality of the two. A wholly original tale of corporate violence and mind-melting identity stakes that make for an unforgettable nightmare.
9
Cultured Vultures is a pop culture website established in 2013 covering all things gaming, movies, and more. We eat your words.
All The News On The Biggest Games