Now’s A Good Time To Play World of Warcraft: Shadowlands

Say bye to your social life. 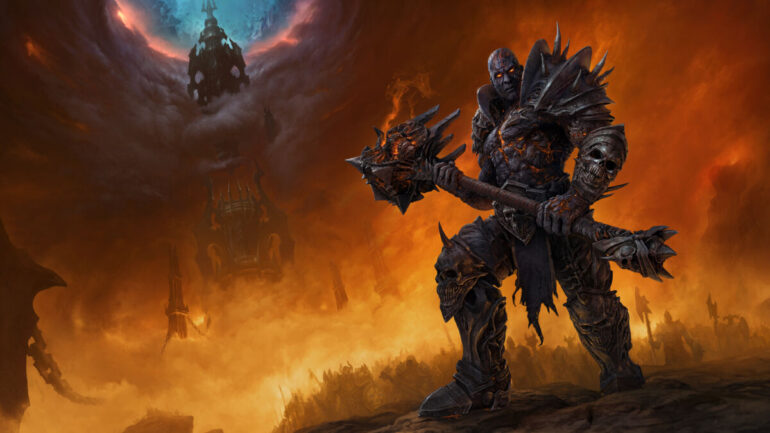 World of Warcraft: Shadowlands is a good spot right now, despite what most people say. According to mmo-population, it sits at a comfortable 4.3 million players daily and a total subscriber count of 114 million. World of Warcraft isn’t going away anytime soon, but its player base has been on a small decline since its launch, due to a lack of new content patches until July 13th. Just because things have slowed down doesn’t mean there aren’t still activities to do to get ready for Chains of Dominion. Now is the perfect time to jump in and catch up or start for the first time so you’re ready when the new content drops.

Blizzard’s big focus was to change the leveling experience and to do this, the level cap was lowered to 60 from 120 and the game rebalanced to accommodate this, which is called a “level squish”. I’ve leveled a few characters since and it doesn’t take too much time to make it to level 50 content. The new zone Exile’s Reach is very newbie-friendly, not just introducing you to your class but also some of the lore behind the classes themselves. The zone ends with a mini-dungeon to introduce party synergy and how tanking, DPS, and healing are supposed to work so you can learn your role in a party. If you’ve never played the game before, this is the zone for you.

But don’t worry: if you’re a returning player wanting to reroll and know all that song and dance, you have the option to start in any expansion you want. Was Wrath of the Lich King your favorite expansion? Just talk to Chromie near Stormwind or Orgimmar’s embassy to timewalk to whatever content you want and you’re sent to that expansion’s starting quests — even Battle for Azeroth. Blizzard also lifted the Pathfinding achievement wall in Warlords of Draenor and Legion, allowing anyone without the achievement to use flying mounts in those expansions. You will still need Battle for Azeroth’s Pathfinding, however. Personally, I took the low-hanging fruit and did entirely vanilla Warcraft zones for a majority of my new character’s levels and it went quite fast.

If you’re returning with a level 50, it’s also not too hard to catch up. Leveling through the initial campaign isn’t so bad, with only a few areas that are just boring fetch quests that don’t give much to the campaign’s story. A few days of casual play can get you to level 60. After that, it’s a matter of picking your coven and gaining renown. I raised up my Demon Hunter to get back into tanking and now that the weekly renown cap has been lifted, I’ve maxed it out in two weeks. I’ve also earned renown from bosses in heroics, bosses in LFR, and even sometimes the daily callings, on top of the usual weekly quests. Even if you want to change covens, it isn’t very difficult to play catch up and gain those soul bindings.

Gearing up didn’t give me any problems either. Every dungeon and heroic dungeon granted me at least one piece of gear or conduit, but more often than not, I got a few. If I really put my nose to the grindstone, I can easily see it taking less time than that to make it into raids or mythic dungeons. It’s also nice that we no longer have the RNG based stat points on gear that frustrated many players of Battle for Azeroth, so any gear piece I got actually felt like an upgrade. I’m happy the development team went back to basics as it allows you to pick and choose what heroics to prioritize to get the gear or conduit you want.

I can give a personal tip for playing catch up in item level: keep the gear you get from doing your coven’s campaign, whether or not you find a gear upgrade. You can spend anima to have each piece upgraded up to item level 197, with a total of seven ranks with each rank costing a bit more than the last, the final cost from two to seven being 1,050 anima. And some of those pieces you earn are higher than level two, and with you collecting 1000 anima each week for the renown anyway, you can fully upgrade a piece easily and utilize the set bonus. A perfect way to quickly catch up and get into raiding.

At a certain point in the campaign in Torghast, you gain the ability to craft your own legendary piece of gear, which requires white quality gear that crafting professions can make called vessels, alongside two missives of your choosing, and a memory. It also requires soul ash earned from doing Torghast. It will have fixed primary stats for your class and spec alongside a powerful ability.

You can also craft a higher grade legendary by crafting the vessels to gain experience. The higher the level the base item is, the greater the item level the legendary will be. The base legendary will be a 190 and goes up to a rank 4, which is 235. The higher the vessel, the more soul ash will be required to make the legendary. This makes it worth grinding out your professions so you can begin leveling up the vessel you want. If you have the extra gold laying around, you can purchase it from other players off the auction house.

This all sounds like a lot, but from someone that really hates boring reputation grinds — and I can’t stress that enough — Shadowlands has been a fun time for me so far. With its fast way to level alts, approachable end game content, and professions that are useful, Shadowlands has been holding up much better than Battle for Azeroth. It also hasn’t taken me too long to get geared up for LFR and near ready for normal raids. And as of this writing, there is still time to catch up, experience Castle Nathria and be ready for Chains of Dominion when it drops July 13th.