Why You Should Play Super Robot Wars

No, it's not got Craig Charles wearing a superhero outfit. It's somehow even better. 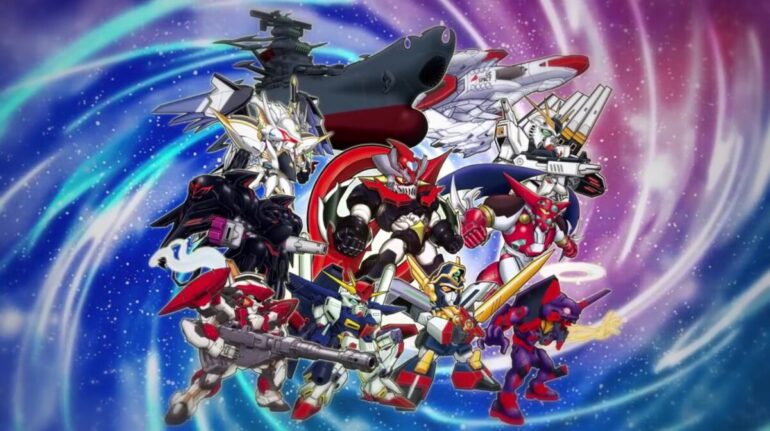 Turn-based strategy games have a typically rich diversity of settings from the tactical squad action of XCOM to the armies at your command in Fire Emblem. Even spinoffs of non-tactical franchises like Final Fantasy Tactics have enjoyed moderate success. I’m here to tell you to give a chance to a relatively obscure series in the Western lexicon that has finally been given a possibility of a surge in popularity once again thanks to an official English translation in certain Asian regions. I’m talking about Super Robot Wars.

First appearing on the Game Boy in Japan in 1991, developed by Banpresto and Winkysoft, Super Robot Wars began life as a spinoff of the Japanese Compati Hero series featuring primarily giant robots from prominent anime series such as Mazinger-Z, Mobile Suit Gundam, and Getter Robo. The gameplay at its core is very similar to other Japanese turn-based strategy games like Fire Emblem: unit movement takes place on a top-down, grid-based map and when you select a unit to attack an enemy, the game zooms into a more intimate view where the units attack each other. Attacks run the gamut from simply shooting a weapon, to elaborate finishing attacks like Mazinger-Z’s signature Breast Fire and Rust Hurricane.

As the series evolved, so would the story. From the humble beginnings of crossover battle games, the series has hosted stories that would rival most JRPGs in scale and scope of deciding the fate of the universe. In 1991’s 2nd Super Robot Wars, the series’ first “Banpresto Originals” appeared. These units were characters created exclusively for the games, eventually becoming so vast and popular they would divert into their own series known as the Original Generations. A second set of spinoffs would also come from the Banpresto Originals in their own unique setting called the Lord of Elemental, which has not seen an official English translation, but the first game on the Super Nintendo has received a fan translation as an unofficial ROM.

In 2002, the Japanese release of Super Robot Wars: Original Generation on the Game Boy Advance would give the series its first chance in the West. Featuring a cast of robots and characters only seen across the history of the Super Robot Wars games up to this point, Original Generation saw a North America release via Atlus in August of 2006 with the sequel following up only 3 months later in November of 2006. While the games enjoyed mild success, a pseudo-sequel to Original Generation was released in the US under the lengthy title Super Robot Taisen: OG Saga – Endless Frontier on the Nintendo DS in April of 2009 again from Atlus. Endless Frontier had an interesting wrinkle in that it featured guest appearances from characters featured in the Xenosaga games and Namco X Capcom, the only time a North American release of the Super Robot Wars series saw any real crossover.

In the late half of 2007, Banpresto would remake both Original Generation 1 and 2 combined into a single game on the PlayStation 2 under the title Super Robot Wars: Original Generations and a prequel, Original Generations Gaiden later in December of 2007. Both of these games saw the exclusive use of the Banpresto Originals units with no licensed properties in sight. It would garner fan attention around 2012 with a group of fans under the banner of “Operation Hotblood” named for the games’ spell that a unit could cast on an ally to boost their attack power, petitioning Bandai Namco (who now owned Banpresto) and Atlus to release both of these games in the United States. While unsuccessful, the group would go on to unofficially translate multiple Super Robot Wars games from the PlayStation 1 era with the most prominent being Super Robot Wars: Alpha Gaiden and release them as ROMs for download via the internet. All would not be lost, however.

In June of 2016, another Super Robot Wars game would arrive on the PlayStation 4 in English, but not on US shores. Super Robot Wars OG: The Moon Dwellers was officially translated into Chinese and English languages for release in the Asian markets outside of Japan for the very first time. Much like before, The Moon Dwellers is an exclusive compilation of previous Banpresto Originals titles with no licensed anime being featured. The game would quickly skyrocket to a popular seller on the website PlayAsia with fans delighted to see an English translation right from the source.

However, fans discovered that, while readable, the translation from Bandai Namco themselves was marred by issues with poor English translations of certain attack names, bizarre sentence structure or outright grammatical errors. The next year saw the next English release of a Super Robot Wars game officially from Bandai Namco, Super Robot Wars V. This title featured an exhaustive list of licensed properties for the first time, but again did not see a North American release due to the effort needed to license each individual movie or series featured.

A large majority of licensed properties in Super Robot Wars V have seen a US release in some way over the years, but the large variety of different media companies that would license such anime like Martian Successor Nadesico, Star Blazers, or Cross Ange would require a monumental amount of legal gymnastics to achieve a proper stateside release. Additionally, a small handful of properties seen in V had not been seen on US shores as of that release, which further complicates matters. More Super Robot Wars games with crossovers from other anime series received English releases in 2018 and 2019 with Super Robot Wars X and Super Robot Wars T on both the PlayStation 4 and Nintendo Switch.

If you are remotely an anime fan, you’re in for a treat with recent releases like The Moon Dwellers or Super Robot Wars X. The latter features a mashing of genres akin to an Avengers movie, to make a close comparison. From the child-friendly shows like Mashin Hero Wataru to the more serious Gundam: Reconguista In G, the tone is all over the place, but is presented in a way that just seems to make sense; heroes all band together to fight a common mysterious enemy and a few of them just want to find a way back home. The gameplay can get tense as well with a rather steady but fair difficulty curve leading up to the end chapters. Strategic depth is there in spades with unit upgrades and resources to manage and deciding who gets the best picks of loot from previous battles. Modern Super Robot Wars games can easily compete with the best strategy games on the market, even beat them in terms of quality for what you get for your money. And of course there’s the series’ penchant for equipping their robots with absurdly large swords that would make even Cloud Strife blush.

Obtaining a copy of Super Robot Wars, however, may prove somewhat difficult with even recent titles sometimes fetching higher than regular MSRP at times. Only a select few sellers on the internet regularly stock the English copies. If you can, and have the means to do so, playing one of the recent Super Robot Wars games will reward you with a rich tapestry of anime history entwined in one of the best strategy games out there. Even many of the older titles with fan translations mostly hold up to this day due to the use of mainly 2D sprites and minimal 3D graphics, so age is barely a concern with this series. If you’re a strategy nut, but want something a little different than just armored knights on horseback or military action, it’s worth the effort to dig a little bit deeper and find this wonderful hidden gem.

READ NEXT: 15 Multiplayer Games That Were Dead On Arrival