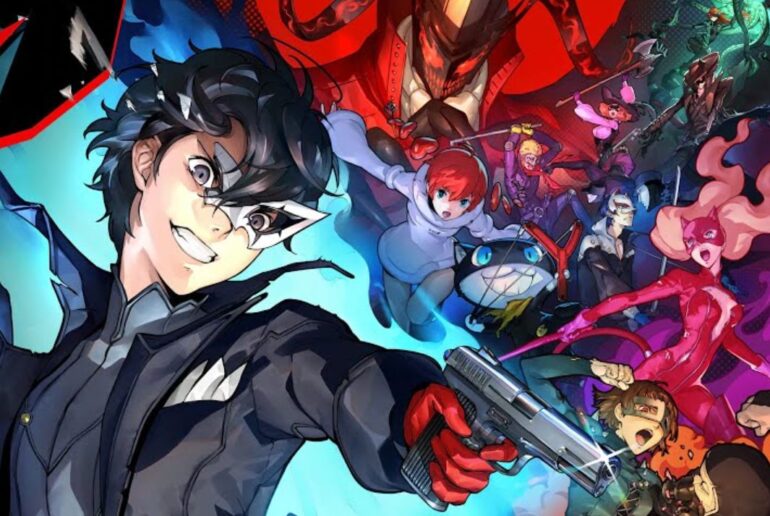 2021. It has been what some call “a year”. To celebrate this collection of sun rotations, we’re looking at the best games of 2021. Next up: Persona 5 Strikers.

My first playthrough of Persona 5 Royal is probably my favorite video game experience ever and Dynasty Warriors is undisputedly my favorite video game guilty pleasure franchise of all time. So when the two not only decide to have a spin-off child, but also a spin-off child that is a full-blown sequel/finale to the entire Persona 5 saga, to say I was delighted is an absolute understatement. But even beyond its obvious personal appeal, Persona 5 Strikers is a wonderfully beautiful game with so much to say.

The game rests on the initially odd premise of applying the 1-vs-100 signature “Warriors” style games with the characters and world of the JRPG breakout hit Persona 5. While the screen may be cluttered at times and you’ll never be at a loss for information of what’s going on, the game maintains the signature Persona style and poppin’ visuals, to go along with an absolute banger soundtrack with several electro rock remixes of the already iconic P5 jukebox.

Dare I say, this game’s versions of “Keeper of Lust” and “Last Surprise” might be even better than the originals. That is to say despite the completeness of Persona 5, this spin-off somehow finds a way to add more to the mythos rather than just resting on the brand’s laurels.

The gameplay, while unique, does get repetitive as all Warriors-style games tend to, but what the game does best is display just how much heart it has – fitting, for the name of your squad being the Phantom Thieves of Hearts. For starters, it’s arguable the reason people keep coming back to Persona 5 is their attachment to the characters.

Following the main game(s) and the emotional turmoil that all the Phantom Thieves and their confidants went through, seeing them here on a cross-country summer vacation to just be together and be friends one last time doesn’t just make for a good excuse for another game, but it feels earned. These teenagers have literally been to hell and back and all they want is to make time for their friends.

With such a refreshingly uplifting premise from the jump, not even the introduction of the new distortions in the shadowy Metaverse can bring it down. This is partially due to the two newest characters being just as enthralling and charming as the squad we’ve assumedly spent hundreds of previous hours with. The main one, though, is the revelation that the villains of this game, or “Jail Rulers,” are horrifically more tragic figures than their universally evil predecessors.

This is where the true beauty of the game shines through. A game full of style, demon hunting, and chillin’ with your pals all helps present the message of the cycle of trauma. Every boss is someone who was presented with a single impossible or difficult choice in their lives that led to them developing terrible trauma from the ordeal.

To cope, they locked it away in their mental “Jail,” but the supernatural Metaverse preys on the psyche of the masses, leaving the Jail Rulers to become no different than the prisoners they trap in them. From there, an old adage comes true for them – hurt people tend to hurt people. In fact, most if not all of the antagonists are still victims in their everyday lives. To save them isn’t to resolve some cosmic threat, but to heal someone who long thought they had no one to help them.

With all those wonderful elements, the game is a true treasure, especially for something that takes maybe half as long to finish as the original game. It stands as a testament that sometimes spin-offs can be so much more, but also that often some of the games you’d least expect can still hit you right in the heart. Any outlet that didn’t nominate this game for any kind of accolade (especially The Game Awards) is dead wrong because Persona 5 Strikers is button-mashing bliss with a perfect message that shouldn’t be lost in the scramble that’s been the past two years.

READ NEXT: Before Your Eyes Leaves No Dry Eyes In The House | Best Games of 2021