Palworld Could Make Me Interested In Open World Survival Games 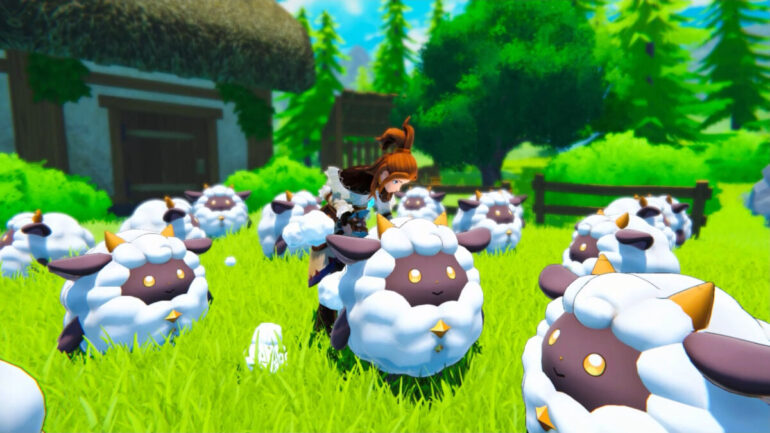 The open world survival genre is big business. Arguably pioneered by DayZ, the genre is being carried forward now by the likes of ARK and Rust, which still regularly draw in tonnes of players across all available platforms. While an engaging genre, especially if you’ve got people to play it with, they can be quite intense and time consuming, making them somewhat of an impenetrable genre to crack for a lot of people, myself included. Bad console optimisations and dodgy controller settings probably don’t help either.

For me to take notice of an open world survival game, it’d have to be something pretty special, but over the weekend, something special just so happened to arrive in the form of Palworld, a new survival game from Pocketpair, the creators of Craftopia. The trailer alone pretty much went viral across the game industry, but if you haven’t seen it yet, check it out for yourself below. It’s 90 seconds of ideas being thrown at a wall to see what sticks, and I’m kind of sold.

If you’re not paying attention during the trailer, you’d be forgiven for thinking that Palworld is simply just another cutesy, anime bait adventure, offering up a mix between Pokémon and something like Genshin Impact. You explore a world, there’s creatures to collect, the music is pretty adorable and everyone looks like they’re having a grand old time. There’s even the Akira bike scene reference, only with a giant wolf instead. It’s all great — just ignore that early shot of a dude on a pier getting gunned down the Pokémon equivalent of that plane scene from the first Expendables movie.

The first half of the trailer mostly portrays a creature collecting game mixed with a bit of open world survival. Players can find new animals to interact with, tame them and create bonds, and you can use their skills and unique abilities to better create a settlement for yourself. It all sounds peachy so far, but then the second half takes a sudden nosedive into something much darker.

The player character starts rocking an arsenal that would make the DOOM Slayer nod in silent appreciation, gunning foes down or using a rocket launcher to destroy a building. Not content with inflicting violence on others, the player character can use the animals they find as meatshields, allowing them to soak up bullets while they remain protected. At one point, a sheep-like creature gets casually tossed aside like Yamcha against any Dragon Ball character in existence.

The dark edges of the game’s style carry on into other aspects of the trailer, where lots of small creatures are hauled off in a cage, before we see a weapon assembly line manned by creatures and–this is just slave labour and animal cruelty, isn’t it? At one point, an electric creature is shoved on a fishing rod and yeeted into the ocean, shocking all other creatures and allowing for an easy catch. It’s the powered-up animal equivalent of dynamite fishing.

Palworld seems to be shooting for a comically sinister take on Pokémon, as that series already sees indentured servants forced to do battle for the amusement of the ruling class. Palworld looks like it’s that idea taken to the next logical, if morally bankrupt step, throwing in mixes of the Ark animal raising formula and putting you in control of an absolute bastard. Sure, you can pet the dog and be a lovely human being, but Palworld seems like the only way to live out your Team Rocket dreams. I’m all for it.

So long as there’s a console release. And it doesn’t run like ass. And the controller settings aren’t a pain. You know. No pressure.

READ MORE: Rust On PS4 & Xbox One Just Isn’t Worth Buying Yet