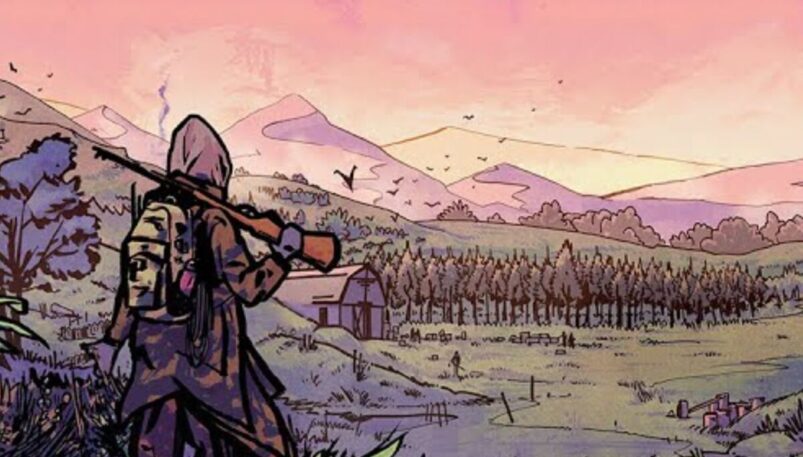 Between the long-awaited God of War Ragnarok, Sonic’s first major adventure in half a decade, and the second open world Pokémon title of the year, November has been a banner month for major video game releases. In the midst of all these huge flagship releases, it’s important to keep an eye out for the promising indie games that might get swept under the radar.

We’ve found five particular indie titles that deserve your time and attention, ranging in genres from cosmic horror to cozy puzzles. The creativity and imagination on display for independent game developers remains incredible, and these indie games from the last month prove it.

Metroidvanias, like pizza, are the kind of game you can always find room for, no matter how busy or full you might be. Ghost Song, an atmospheric sci-fi Metroidvania, drops you onto the surface of a hostile planet called Lorian V, and forces you to make your way as best you can.

Tight movement and intuitive exploration mechanics keep you from getting too lost, and the eerie mix of machines and hostile plant life in the setting gives Ghost Song a wholly unique aesthetic and atmosphere. You have a variety of weapons to build into a play style that works for you, and experimentation is a must, as the enemies can overwhelm you if you’re not careful. Creepy, beautiful, and hypnotic, Ghost Song is a Metroidvania gem you shouldn’t overlook.

4. Once Upon A Jester

On a much lighter note, we have the brightly-colored, highly silly world of Once Upon A Jester. Controlling the two friends Sok and Jester and the members of their traveling theatre troupe, players embark on a grand quest to steal the Royal Diamond and make a fortune. To achieve this goal, they’ll have to outperform other theatre troupes with improvised performances.

The world of performing arts doesn’t get much attention in the world of video games, but Once Upon A Jester’s spin on theatre and theatrical tropes is a blast. The writing is consistently humorous and charming, with all manner of kooky, meaningful characters that pop up on your journey. The experience is laugh-out-loud funny and heartwarmingly wholesome, with a never-ending stream of new bits and bright ideas. This is one show that definitely deserves an encore.

For those of us who enjoy alphabetizing our bookshelves or organizing our DVDs by color, A Little To The Left brings the joy of finding order in chaos. Across a wide number of puzzles, you’ll stack stationary, nudge the hands on the clock, rearrange pasta noodles, and more – and if that sounds dull on its own, then the soothing lo-fi music, charming cartoony visuals, excellent tactile sense of weight and texture on all the disparate objects, and the occasional appearance of your pet cat elevate the experience.

A Little To The Left does a remarkable job making each little victory feel like a triumph. Such strong aesthetic touches make what could be a mundane slog into a charming, relaxing game, perfect for a snowy day or those days where, when you don’t want to do chores in real life, you’d rather play a game about virtual chores instead.

ZERO Sievert is a top-down pixel art survival shooter, which may not fit snugly on a Steam page, but will snap into your memory in no time. Despite its retro-inspired visuals, ZERO Sievert is a deep and complex combat simulator, with a ton of different weapons, equipment, and items. Among its multiple nuanced systems, for example, is a day-night cycle, that brings diminished visibility, and highly complex enemy AI. It even has the Resident Evil-style inventory management system.

You’ll need every item you can spin into your inventory, because ZERO Sievert does not play gently. While it doesn’t take itself as grimly serious as, say, Escape from Tarkov, ZERO Sievert forces you to think through every approach of a new area, every combat encounter, and every single ration you spend. Its mechanical complexity paired with its visual nostalgia might make it a sort of action-survival Stardew Valley. If that sounds like the game you’ve been looking for all of your life, then November 2022 might be the month that you finally found it.

While Sonic’s been in the headlines recently with the mixed reception to Sonic Frontiers, other game designers have taken it upon themselves to make fresh, high-speed 3D platformers to give players an alternative to the adrenaline-pumping joy of Sonic’s heyday. Lunistice, by A Grumpy Fox, stars a decidedly more chipper fox named Hana, as she speeds through various levels taking place in her dreams, all rendered in beautiful throwback Dreamcast/PS2 style.

Lunistice is a bite-sized masterpiece of 3D platforming and high-speed movement, throwing you into an engrossing flow state and encouraging you to lose yourself in the motion. With a low price and a short-and-sweet run time, Lunistice is an indie game that you’ll revisit again and again after finishing its story, to try to get better times on the levels and just to soak in the great vibes.

READ NEXT: 5 Rad Indie Games of October 2022 You Might’ve Missed