July goes to the moon, goes to prison, and goes back in time. 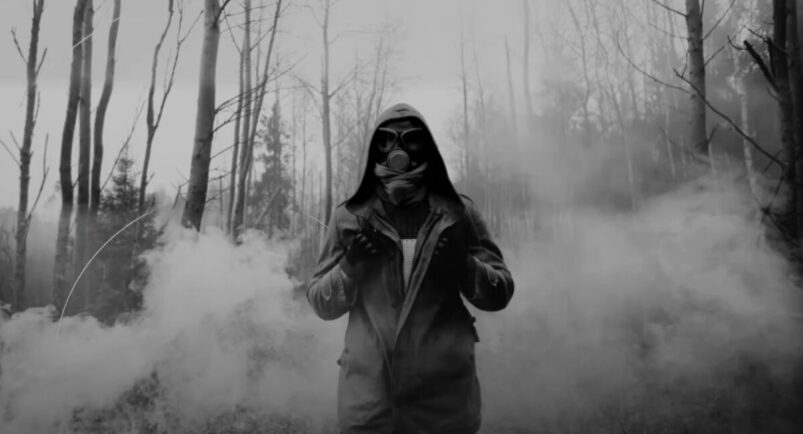 Back in April, I noted the new shows of that month – including the excellent We Own This City – had been very silly when they decided to try their luck on TV at the same time as the return of the much-anticipated Better Call Saul. But July’s crop have it even worse, since they have to contend with the cliffhanger’d second halves of Better Call Saul, and Netflix’s other darling, Stranger Things. Weep for July’s TV, my friends, o weep for it.

Here are the biggest new TV shows of July 2022.

That florid-sounding title is, for once, actually blunt and accurate – it’s a show about a haven, on the moon. Not the holiday resort kind of haven either, since they reckon it holds the key to the survival of life on earth, and even if it doesn’t, they’ve terraformed the moon enough that humanity could pick up and start over.

But things aren’t all rosy in this lunar garden. There’s a conspiracy in play to take control of Moonhaven, and Emma McDonald and Dominic “Merry” Monaghan have to put a stop to it. Ultimately that seems a pretty big job for two people, given that every country, corporation, and probably religion going would want their own moonbase.

Doubtless there’ll be a roster of likely suspects, though, and as with so many televised mysteries you’re probably pretty safe betting on the character who’s played by the most famous and well-regarded actor. This’ll be interspersed with nice countrysidey establishing shots which, sadly, won’t actually have been filmed on the moon.

The annals of fiction are full of devil’s bargains where people who have done wrong are given the chance to avoid prison if they simply such-and-such. But at some point you must wonder when prison becomes the more attractive option, because Black Bird has Taron Edgerton’s convicted drug dealer offered the alternative of going to a different, probably more dangerous prison for the criminally insane.

The trick is that Edgerton has to make friends with Paul Walter Hauser’s suspected serial killer and wangle a confession out of him. Again, it’s a Sophie’s choice between this bit of extracurricular life-threatening fun and just keeping your head down and doing your time – but given that this is the core concept of the show, we already know which way he’s going.

Avid gamers – that is to say, most people reading this – will already be well aware of what it means when the Resident Evil franchise takes to the screen. It’s the ludicrous popcorn version of the zombie apocalypse, George A. Romero with the social commentary replaced by dodgy special effects, it’s an affair that makes the games look low-key and thoughtfully written.

So what elevates this over that awful CGI show they did last year? One possibility is in the casting of Lance Reddick as the games’ recurrent villain and living meme Albert Wesker. This is a role that invites, nay, demands an actor to go full ham and devour great dripping chunks of the scenery, and this is an ability Reddick has shown some skill in using, particularly as the nigh-insane CEO in Corporate.

Instead of any kind of straight adaptation of the games, this takes us to the year 2036, fourteen years after the zombie virus got loose and turned everything sideways – though by the looks of things it’s going to be heavy on flashbacks showing how it all went down.

Through his project Nathan For You and having a hand in How To With John Wilson, Nathan Fielder’s created a small but remarkable niche in exploding into the lives of ordinary people, helping them do what they’ve always wanted to, and, surprisingly, never seriously hurting anyone. Now, with The Rehearsal, he’s trying it again.

Where Nathan For You was specifically turning him loose on small businesses (the man actually has a business degree), here he’s providing a kind of therapy that can be useful for anyone: helping them prepare for some red-letter day (wedding, graduation, funeral, whatever it might be) by using the sheer might of a runaway TV budget to let them take a dry run at it first.

You can see the comedic potential there, surely. Even my sobering suggestion of a funeral is bound to crack a few smiles when the actor playing the deceased is trying not to sneeze. And seeing people who had been incredibly anxious about their big event finding out it’s not so bad is bound to be pretty pleasant viewing.

Four children from the ‘80s get swept up in supernatural occurrences. Is it a bird? Is it Stranger Things? No, but the tendency in the media is and has always been to chase success. That’s why you have those dreadful DVD-only releases with titles similar enough to Pixar’s latest release that elderly relatives might be fooled long enough to take it to the checkout.

In a more literal move than its obvious inspiration, Paper Girls is literally about some paper girls – not girls made of paper, that would be ridiculous, but girls who deliver newspapers. This is the kind of time capsule detail that is at once nostalgic to those who lived through it, and fascinating in an alien sort of way to those who didn’t.

Anyway, they’re out minding their own business delivering papers and what have you when time travellers turn up and drag them into their time-travelling disputes. Now they’ve got to get back to the 1980s, much like that beloved work of sci-fi Back To The Future. Sounds easy if they’ve met people who can travel through time, right?