New The Lord Of The Rings: Gollum Teaser Looks Like 2021’s Darkest Adventure 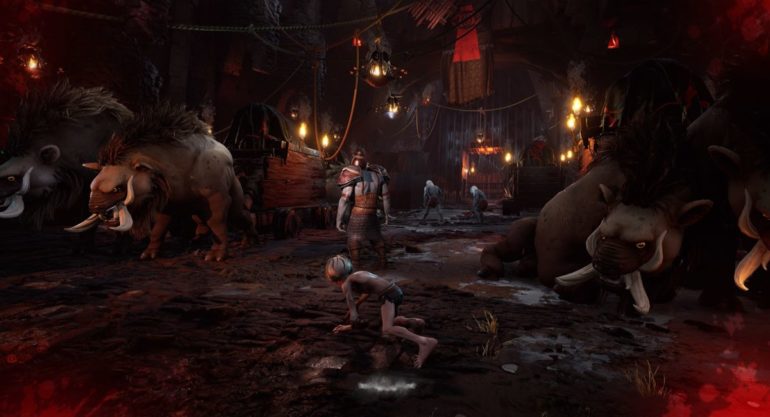 Daedalic Entertainment have, through IGN at least, published a brand new trailer for their upcoming stealth narrative adventure The Lord of the Rings: Gollum, scheduled to launch in 2021 on next-gen platforms. Check out the trailer for yourselves below, complete with an impressive looking Mount Doom.

Daedalic Entertainment also spoke to IGN to talk more about the game, describing it as a game that combines Prince of Persia-like stealth action with narrative choices. Players will have to manage the two personalities of Gollum and Smeagol by making choices, however they note that the ending is the same and they won’t be changing the core source material. Daedalic’s Martin Wilkes states that: “Since you play two personalities in one character, choosing sides will give you some control. But it’s more like maneuvering a truck with two flat tires and trying not to drive it off a cliff.”

The stealth will also come with its own risks, as Gollum is known more for his cunning than his ability to stealth kill goons all the livelong day. Expect to be avoiding combat more often than not, as this won’t be Metal Gear Solid: Middle-Earth Edition. The Lord of the Rings: Gollum will launch on PC, PS5 and Xbox Series X in 2021. Are you excited? Sound off in the comments.