New Switch Games of 2021: All The Release Dates

What's on the horizon for Switch players? 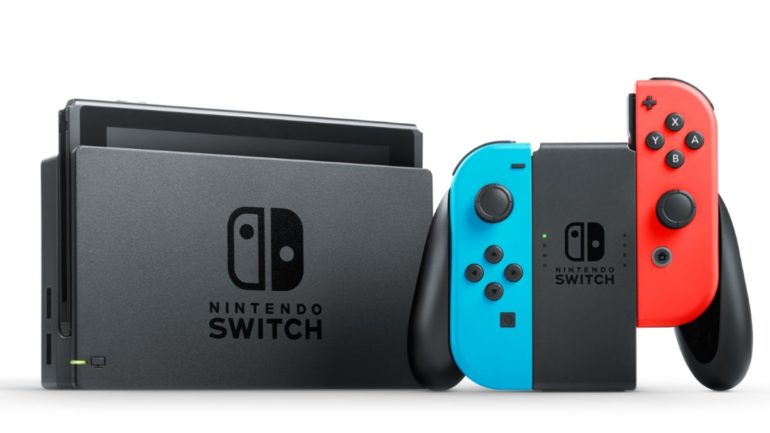 The Nintendo Switch has had an outstanding start to life since it launched in 2017, it going on to hit brilliant exclusive after brilliant exclusive out of the park, reminding everyone that Nintendo still had it after the failure of the Wii U. With the console now entering its fourth year, it’s time to look forward to the new Switch games of 2021.

As this is Nintendo we’re talking about, expect this release date guide to constantly be evolving and changing. They’ve been no strangers to announcing new games with regularity, especially during their Directs. It will also be interesting to see if the release of the Switch Lite makes Nintendo re-think what kind of games they release, whether the limitations of the Lite will hamper some games.

With there being plenty to look forward to over the coming year, including long-awaited sequels and yet more Nintendo magic, here are the biggest new Switch games of 2020 for you to look forward to. We won’t be adding third-party ports of quite old games, but will allow stuff that’s coming over from the Wii U and 3DS.

The above is in chronological order; be sure to use the search function to find the upcoming Switch game you’re after.

There are three long in the making Switch games that could release in 2021: Breath of the Wild 2 (unofficial title), Bayonetta 3, and Metroid Prime 4. If any of those games come out in the year ahead, Nintendo probably won’t have to even worry about the PS5 and Xbox Series X | S.

Otherwise, there are still a tonne of great games to look forward to over the course of the year, especially with Nintendo’s habit of just announcing and then releasing things out of nowhere over the last couple of years. Remember Age of Calamity?

New Pokémon Snap is looking like being a surprise hit in 2021, especially if the Animal Crossing crowd takes kindly to it. With over 200 Pokémon to photograph and the region of Lental to discover, it honestly wouldn’t be a shock to see New Pokémon Snap become a cultural phenomenon over the course of the year.

Call us crazy, but Mario Golf Super Rush is going to be one of the best golf games of all time right? Easily the best Mario announcement of February’s Direct, Mario sports games are almost always a good time.

Bravely Default 2 is a JRPG that is threatening to consume everyone’s life in 2021, especially if the predecessor is anything to go by. Play as brand new Heroes of Light when the game’s brilliant Brave and Default battle system returns this year, then do it for 100 hours.

The Legend of Zelda: Skyward Sword HD was a curious Zelda port for Nintendo to announce, especially as it’s viewed as the worst 3D Zelda to date, though still better than most games out there. Here’s hoping it takes its second chance this June and does away with the gimmicks a little.

Monster Hunter Rise is shaping up to be the perfect handheld version of Monster Hunter, especially for any Nintendo fan missing out on World. While not quite as ambitious as its giant brother, Rise will still let players hunt monsters down across great plains and also hang with their very cool pets.

Balan Wonderworld is possibly the biggest dark horse of the year, not just on Switch but on all platforms. Developed by Naka Yuji and Oshima Naoto, two of the industry’s most beloved names, here’s hoping this bonkers slice of Broadway magic lights up the year. If you liked Nights into Dreams and the early Sonic games in 3D, you will love this.

If you want more weirdness, Travis Touchdown belatedly returns in No More Heroes 3 on the Switch in 2021. If you’ve played earlier NMH games, you know to expect ultraviolence, foul language, and a whole lot of bad attitude. It’s basically the anti-Nintendo game and we are here for it. Has already been delayed and suffered a protracted development since being announced, so fingers crossed this pans out.

And finally, while it probably won’t be all that new by the time it comes to Switch, Hitman 3 – Cloud Version will offer a fascinating insight into the possible future of third-party games on the console. The Switch is just too weak for most modern games, so can we expect to see streamed games become the norm for some of the biggest hitters out there?

What are you most looking forward to playing on your Switch in 2021?