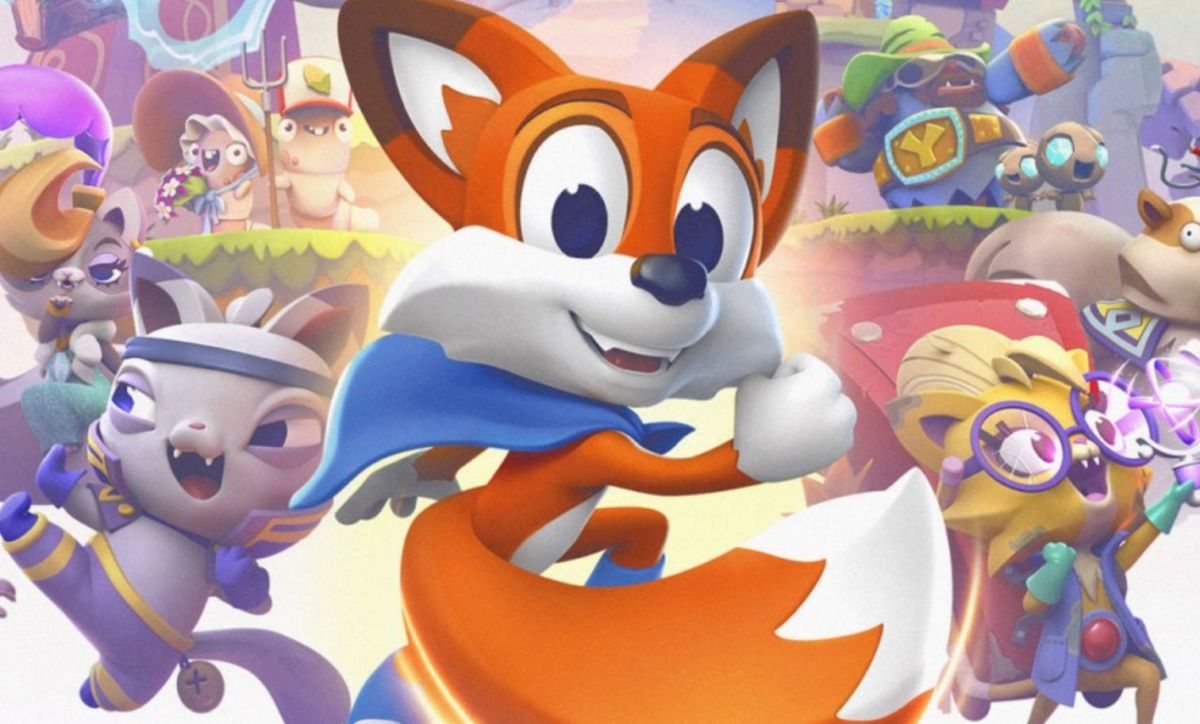 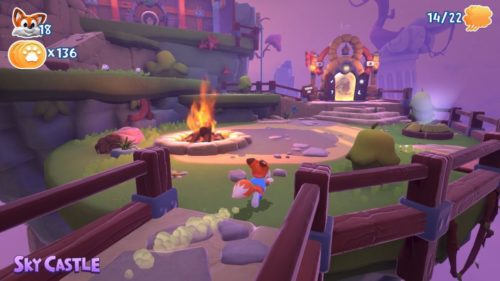 When I first played 2017’s Super Lucky’s Tale on my Xbox One, I fell head over heels for its charming visuals, wacky cast of characters, and old-school platforming gameplay that drew inspiration from the genre’s greatest hits. It’s with utter delight that I’m able to confirm that not only does the game’s move to Switch feel like a natural fit, but New Super Lucky’s Tale is a vastly improved, expanded version of the original title that rivals Nintendo’s own best first-party offerings. Like Super Mario Odyssey before it, New Super Lucky’s Tale is the kind of enchanting adventure that captures what video games were meant to be – truly magical and purely fun experiences only this medium can provide.

New Super Lucky’s Tale tells an adorable story centered on the idea that only our lovable mascot, the titular fox Lucky, can defeat a nefarious cat sorcerer who is attempting to steal away the ancient Book of Ages. When Lucky sets out on an adventure to take down the magical feline and his mischievous Kitty Litter, he quickly discovers they’ll use everything they have to stop him. You won’t find any Shakespearean storytelling here, but what you will find is a whimsical cast and Pixar-style humor that requires a stone heart to dislike. 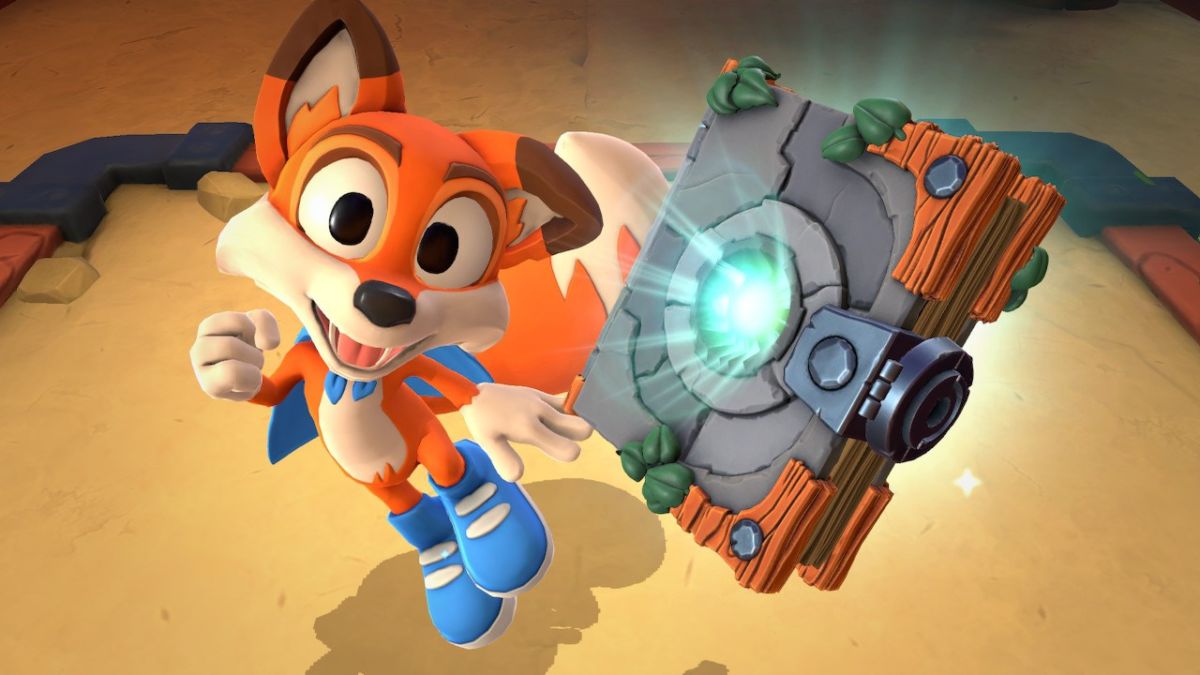 Following the same blueprint as games like Super Mario 64, New Super Lucky’s Tale consists of hub worlds that have a set number of doors leading to self-contained 3D playground levels, each tasking you with a variety of objectives to tackle in order to collect pages of Lucky’s book. Collecting 300 coins, discovering hidden pages, and finding all the letters of Lucky’s name gets a lot of mileage out of each stage. And though these consistently enjoyable tasks entice you to hop back in and round up that last letter you may have overlooked, the game never locks content behind unreasonable roadblocks by always keeping the cost of pages needed to unlock each area’s inventive boss encounters low.

Each hub world offers its own motif, from the sun-bathed biome of Gilly Island and its perpetually booming beach party with floats that carry you around the island, to the desert gorges of Wrestful Retreat and its wrestling-obsessed yetis. There are plenty of quirky characters to talk to for some casual world-building as you explore these visually-distinctive locales, and their gibberish languages make for hilarious banter to accompany the witty text – a stylistic choice that I adored throughout. And the game’s absolutely stellar soundtrack is among the greatest I’ve heard from the genre, setting the tone of these spellbinding areas wonderfully while providing a reason to leave the game on in the background all day. 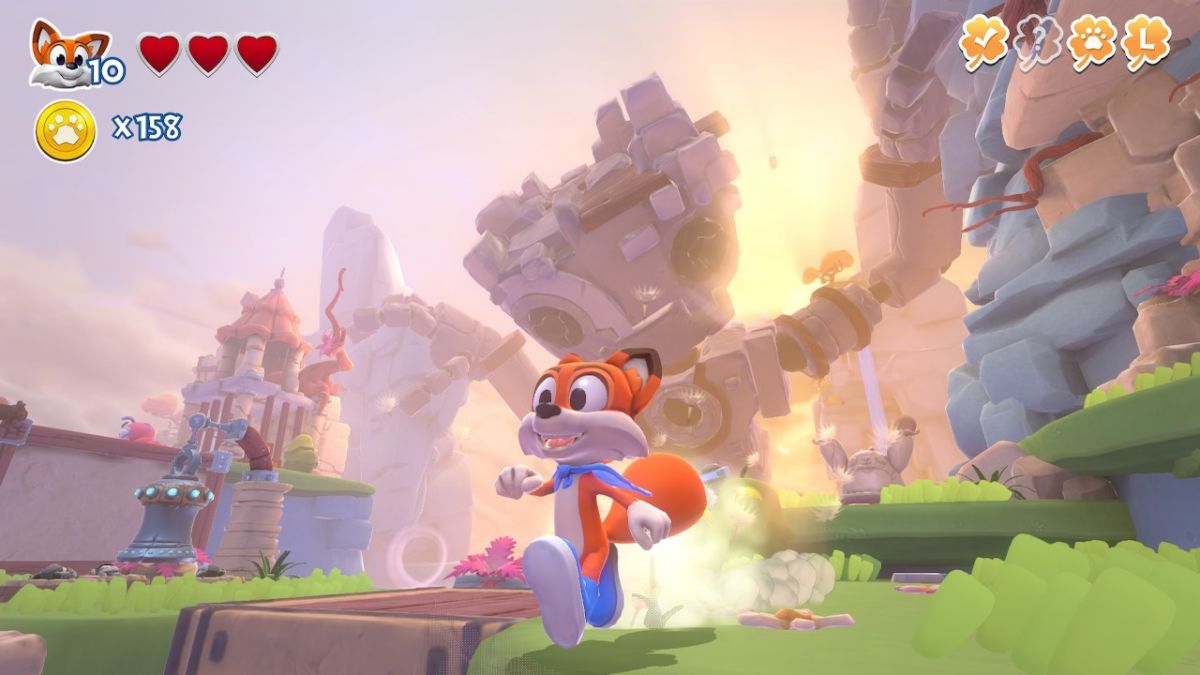 The individual levels possess their own unique gameplay elements and self-contained stories that ensure the game never recycles too many ideas. You’ll explore Hauntingham’s ghostly carnival and earn tickets by completing an imaginative selection of mini-games, navigate an isometric maze full of flipping walls and switches as you aim to chase off a sentient garlic clove, and help track down members of The Soggy Boggy Boys band to save the yearly Harvest Festival. Lucky’s move-set of jumping, burrowing, and tail-swiping may remain the same throughout, but New Super Lucky’s Tale is constantly introducing new concepts and ways to engage its gorgeous, inventive levels, and it’s nearly impossible to get bored because of it.

Some of the best examples of this are the occasional side-scrolling levels that place Lucky on a 2.5D plane where adept use of foreground and background shifts allow for them to feel just as scopious as 3D levels. Additionally, an expansive collection of mini-game stages have you moving statues to solve puzzles or carefully tilting a board to navigate a ball and collect coins without falling to your death. Most surprising is that all of these gameplay styles integrate into the game perfectly to compliment the more traditional levels – New Super Lucky’s Tale oozes with synergy from beginning to end. 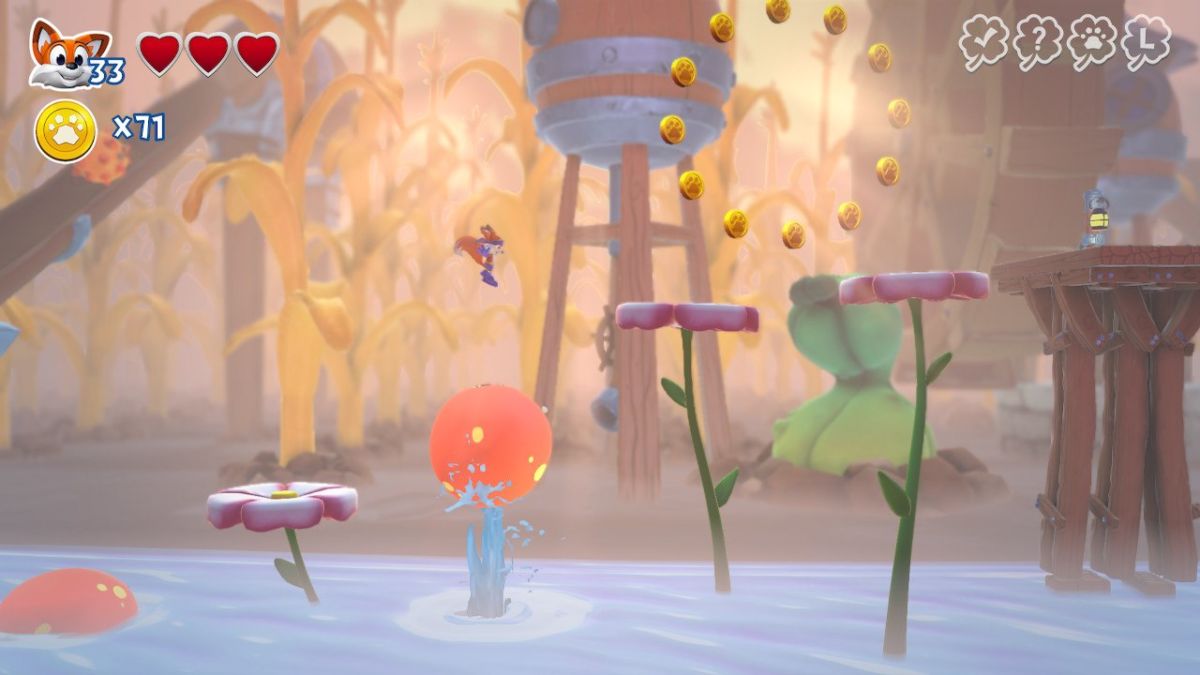 Collecting coins allows you to purchase additional clothing pieces for Lucky at vendors in each of the game’s main hub worlds. It’s easy to become quickly enamored with outfitting him with the extensive assortment of new and returning costumes like superhero apparel, an admiral suit, or a sheriff costume, and you can even mix and match them alongside quirky hats or sunglasses to customize Lucky as you see fit. None of these visual flairs change your abilities in any way, but their often expensive cost nevertheless gives you a compelling reason for tracking down all of the coins in each level.

The Switch version of the game sacrifices HDR and 4K resolution in its move to Nintendo’s less powerful hardware, but you’d never know it thanks to New Super Lucky’s Tale’s inherently simple art style and vibrant world. Besides, the almost unnoticeable dip in visual fidelity is made up for in spades by how much new content is packed into this expanded iteration of Lucky’s quest. From its new and entirely redesigned levels, a revamped UI, extra moves, new lighting and assets, and additional story cinematics, this isn’t only the definitive version of the game – it’s nearly a new game altogether. 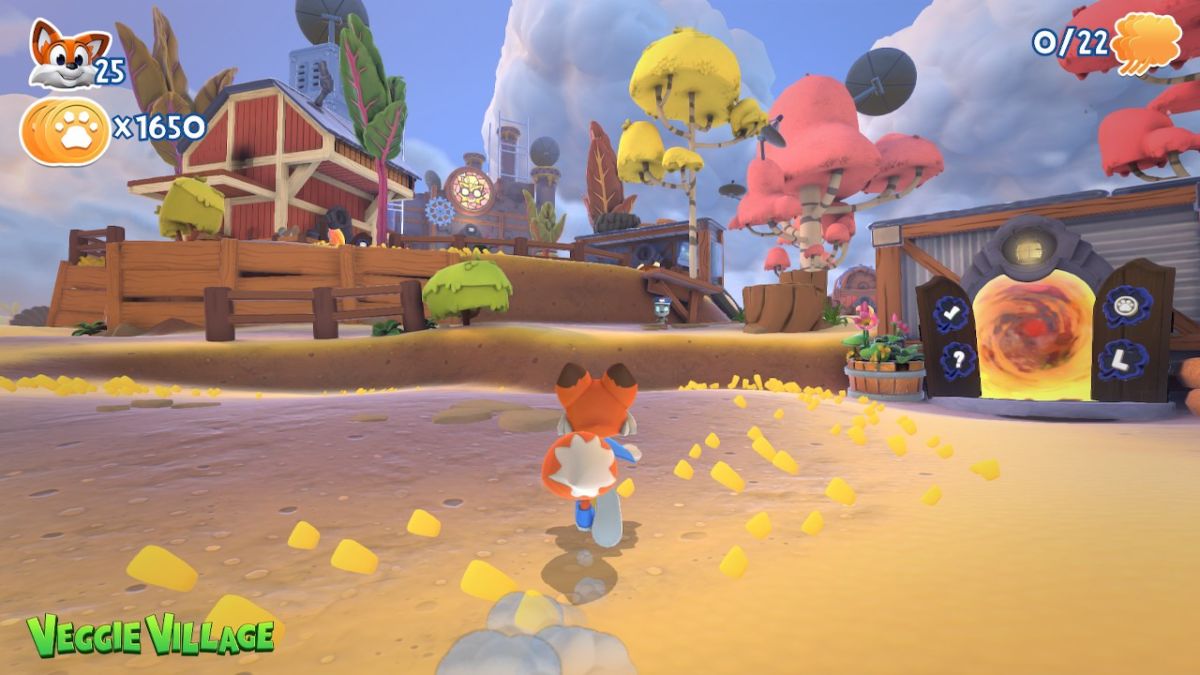 Perhaps the most appreciated new feature is a fully reworked camera system that replaces the original game’s mostly fixed perspectives and gives full control to the player in every scenario. The camera will still smartly nudge you in the direction of your objectives but won’t ever take control from your hands, and I found the added ability to zoom the action in and out at will one of the game’s best features. With levels built around equal parts vertical and horizontal traversal and a bevy of hidden coins and letters to find, having so much freedom with the camera drastically improves the game’s playability.

But what’s special about New Super Lucky’s Tale is that it improves on the original version of the game in ways I hadn’t even realized could use fine-tuning. Whereas defeating enemies or solving environmental puzzles in the Xbox One version would result in the spawning of coins that would rapidly disappear if not collected, New Super Lucky’s Tale auto-collects any coins you earn so that you can get on with the fun. Additionally, changing Lucky from a four-legged protagonist to a more traditional two-legged mascot grants significantly tighter control and more precise platforming – a change that has to be felt to be truly appreciated.

Developer Playful Studios set out to perfect the art of the 3D platformer rather than reinvent it, and by packing this definitive edition of Super Lucky’s Tale full of both sweeping and subtle changes, they’ve completely outdone themselves. With so many fundamental system overhauls and level redesigns, it nearly feels like a sequel at times, and this dedication to making the game the best it can be showcases just how much the studio loves and cherishes this new IP. Lucky’s move to Switch is a lovingly-crafted adventure that exudes creativity and fun, and if it’s any indication of what to expect from future outings from this delightful little fox, count me in for the long haul.

Verdict
New Super Lucky’s Tale takes what was originally a great platforming game and improves it exponentially to make it one of the most enthralling games currently available for the Switch.
9.5