Developers deserve the spotlight too. 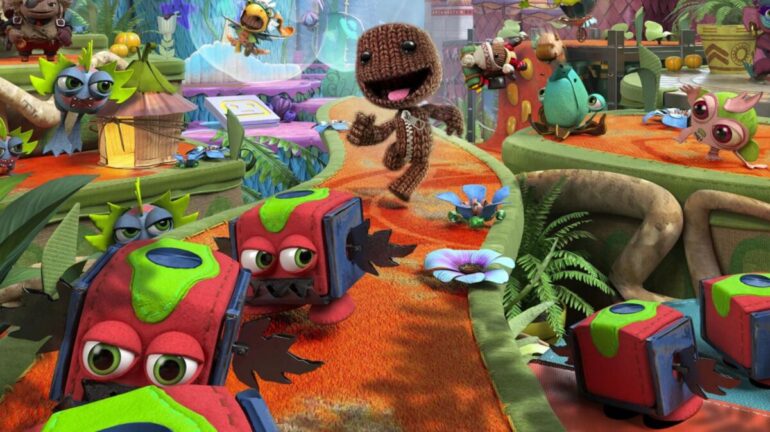 In the lead-up to the next-generation of consoles, namely that big white confusion box known as the PS5, Sony recently decided to update the design for the PlayStation Store website.

The PlayStation Store website is where you can browse games and purchase them without having to be on your console, sort out your account, subscriptions, and basically all things PlayStation across generations.

I like the new design a lot, even if it is a little more similar to Microsoft’s online store with those absolutely giant mastheads. It’s bold, bright, and very much in keeping with that next gen aesthetic. It also seems to have more details that are easier to find than ever, including supported languages, features, and cross-gen support all in a handy one-sheet.

But it doesn’t seem to do the actual developers of these games any justice. I never found the developer for any of the games — not Toys For Bob on Crash 4, Sumo Digital for Sackboy, or even Insomniac on Marvel’s Spider-Man: Miles Morales — proudly listed alongside the publisher. They’re mostly just footnotes.

Here are all of the mentions of Sackboy’s publisher, Sony Interactive Entertainment Europe, on its store page.

Meanwhile, here’s the sole mention of Sumo Digital, the game’s developer, in the footer, but not before one final mention of SIE as the publisher.

If I was a developer, I’d know I want my name to be easily found all over a listing for a game. Publishers do put a lot of work into helping a game get off the ground, but there’s no game at all without the developer. There’d be no Halo without Bungie, no GTA 3 without DMA Design, no Fallout without Interplay.

It’s things like this that contributes towards people still getting developers and publishers mixed up, particularly people of a certain age. I am, of course, talking about parents and grandparents who call every game thing ever a “Nintendo”.

While the industry has grown a lot better at recognising developers during a game’s marketing, there are still people out there who think LA Noire was made by Rockstar when it was in fact Team Bondi, to name just one example. Even publishers like Devolver Digital have acknowledged that they haven’t done a brilliant job of highlighting developers in the past.

I also feel like Sony are massively overlooking just how many people look for the developers of games over publishers these days. Few names other than Bluepoint could have soothed Souls fans’ anxiety more when it came to the Demon’s Souls remake, for instance, and that’s because they had built their name on trustworthiness. Similarly, The Outer Worlds is much more synonymous with Obsidian than it is Private Division, and the same goes for Remedy over 505 Games on Control.

This might not seem like a big deal for most, and I get that, but it could only be a positive thing if Sony were to tweak it. Adding proper developer credits is a small thing that would mean a lot to a whole load of people who sometimes don’t always get recognition.