Why the New Muse Song is Just a Bit Shit 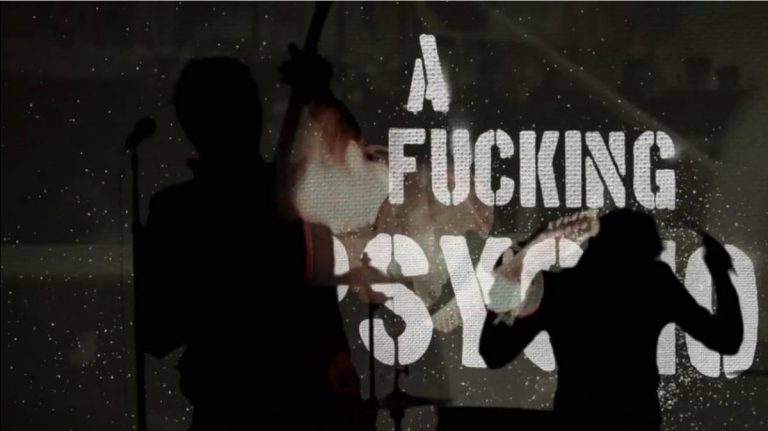 If we’re really being honest with ourselves, we all know that Muse have been in a steady downwards decline for years now. No one picks The 2nd Law as their favourite Muse album. Do they? I refuse to believe that anyone would. I didn’t even know it existed until two years after it was released.

If you happened to be following me last year when I live-tweeted my first (and last) listen of The 2nd Law (and tweet-reviewing albums two years too late is exactly the sort of high-quality #content you should expect from a seasoned social media user such as myself) you’ll already know that I was less than impressed. As you almost definitely didn’t see it, my concluding tweet sums up my overall thoughts quite succinctly:

But that’s all behind us now. A new Muse album approaches, accompanied by rumours that Bellamy and co are going back to their older sound. Joyous news! Still, I was cautious; I’ve been hurt before. In a bid to Not Get My Hopes Up about the imminent arrival of a Muse album that might actually be worth listening to, I dutifully forgot about it entirely. Until today. Now, it’s unfair to dismiss an entire album on the basis of one single (so I’ve been told, although in my experience that’s proved to be reliable advice precisely 0% of the time), so I’m definitely not implying that Drones is going to be complete and utter horseshit just because first single “Psycho” so totally embodies the very concept of what it is to be terrible.

But on the other hand…it doesn’t look good. The only positive thing I can say about it is that it’s definitely recognisable as a Muse song. It bears all the typical stylistic markers of a Muse song from the good old days. No dubstep! No choirs! Unfortunately, that is where the positives end because there are some interesting creative decisions present here. Jesus, look at the state of it. Where do you begin with all that is wrong with ‘Psycho’?

Firstly, it’s about two minutes too long. With lyrics as basic as these (“I’m gonna break you/ I’m gonna make you/ a fucking psycho/ your ass belongs to me now”. Really. Really), we don’t need to hear that chorus so many times. But it appears Muse have returned with a message this time and I guess they really want to make sure everyone gets it. Unfortunately the idea of Having A Message seemed to be more important to them than the message itself (what is it exactly? I can’t pin down anything more complex than “the military are bad!”). The lyrics are at once maddeningly vague and heavy-handed to the point of condescension. The video looks like an AS level Media Studies project by someone who’s just discovered Rage Against The Machine. What is that ridiculous soldier-drilling skit they have going through the whole song? It’s bad. It’s so, so bad.

Perhaps the rest of the album will provide some nuance to this ridiculously overbearing and self-congratulatory single. Perhaps within the context of the rest of the album, “Psycho” will seem less like a Weird Al parody of rock bands who suddenly go political. But I doubt it. I understand that it’s difficult, Muse. It seems like loads of bands appear with new albums now, claiming they just have an important message to share with the world, and loads of those bands get heaped with praise for their good work, even when they do a terrible job. But when most bands discover a political/social-commentary side to themselves, they have something relevant to say, even if the message is poorly executed in a musical sense.

Muse seem to be trying to cash in on the idea of bands with a social conscience but without anything meaningful to say, it just looks gimmicky and tasteless. They’ve tried to channel Orwell but it’s more reminiscent of Shakespeare: full of sound and fury, signifying nothing.

Drones is released June 8th, if anyone even cares anymore.