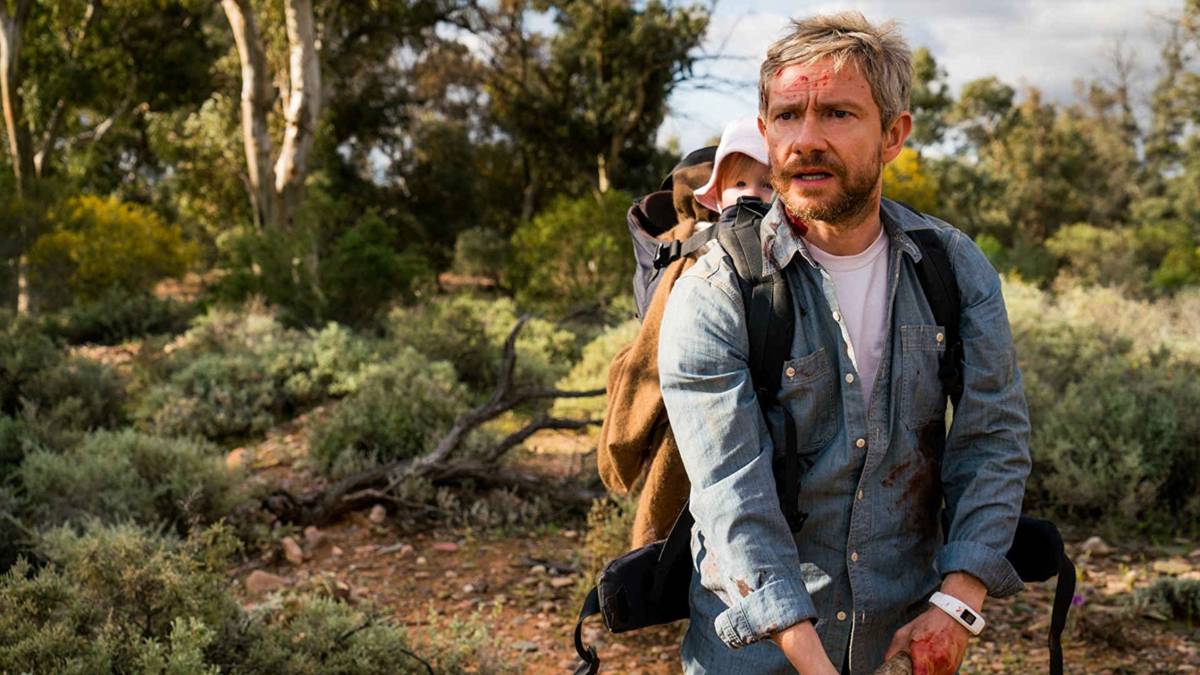 Note: the below contains spoilers for the first half an hour of Cargo. Even though that was already revealed in trailers, here’s the spoiler cat anyway.

The best zombie movies don’t contain buckets of senseless gore or just ninety minutes of the visual effects guy getting creative with his walking cadaver designs. While those two fundamentals certainly help to make a memorable movie, they should also have an emotional hook, something to ground the viscera and to help you connect to what’s going on. Netflix’s Cargo certainly fits that bill.

Set in the plagued Australian outback, Cargo opens with a family of three sailing down a river. It’s disquieting in its quietness; something has clearly gone wrong. Cargo, however, doesn’t specify how it all went wrong or how the rest of the world is faring in the midst of a pandemic. Instead, it’s laser-focused on its small cast, which helps it to craft a simple but hugely effective narrative.

The patriarch, Andy (Martin Freeman) is the pragmatist, which the film establishes very early on when he climbs aboard a partly-sunken boat wearing full fishing gear. He plays it safe to the annoyance of his wife, Kay (Susie Porter), who wants to return to land to search for supplies for their infant daughter, Rosie. The decision is made for Andy when Kay climbs aboard the same boat that he had her assured her was safe. When she is bitten, the family desperately make their way inland for medical care.

As Cargo is a grim post-apocalyptic movie, that clearly doesn’t happen. After their car crashes, a deceased Kay reanimates and bites Andy, dooming him to the same fate within 48 hours. Andy mercy kills his “wife” before setting off on a journey to find a suitable new home for his daughter.

From here, Cargo is a road trip filled with new faces, friendly and otherwise, with Andy hoping beyond hope to find shelter for Rosie. Martin Freeman, thankfully opting for his regular accent, is excellent as the human timebomb, especially so when the clock ticks closer and closer to game over, showing the anguish of a father who would do anything to protect his daughter without losing himself.

However, the MVP of Cargo is the daughter, who must be an award-winning actress who has been taking growth-stunting drugs. She’s the shining light, quite literally at points, with her adorable reactions and obvious naivety being at odds with the hopelessness of the situation. Likewise, Simone Landers is excellent support as Thoomi: a girl who wanders the lands for a cure for her father while being hunted by her family.

One of the best cards in Cargo’s deck is the landscape of the Australian outback itself, which suits the post-apocalyptic tone. The directors, Ben Howling and Yolanda Ramke, deal with the scale of their canvas remarkably well. The zombies aren’t too common or seen that frequently throughout Cargo, but when they show up, it’s a stark reminder of how badly the infection has ravaged the lands. The shuffling threats aren’t the attraction here, though.

Cargo paints a desolate yet heartwarming picture of fatherhood that’s hard not to be moved by. It’s not perfect as some of the decisions its characters make are straight out of the slasher movie textbook of idiocy. Likewise, there’s an angle with a hostile stranger that feels somewhat redundant, even if it produces some tense moments. If you can overlook some basic flaws, Cargo is a refreshing and hopeful addition to a subgenre that was crying out for some fresh ideas.

Verdict
A simple but effective story about fatherhood and sacrifice, Cargo is a zombie movie that you shouldn't overlook on Netflix.
8
Cultured Vultures is a pop culture website established in 2013 covering all things gaming, movies, and more. We eat your words.
All The News On The Biggest Games