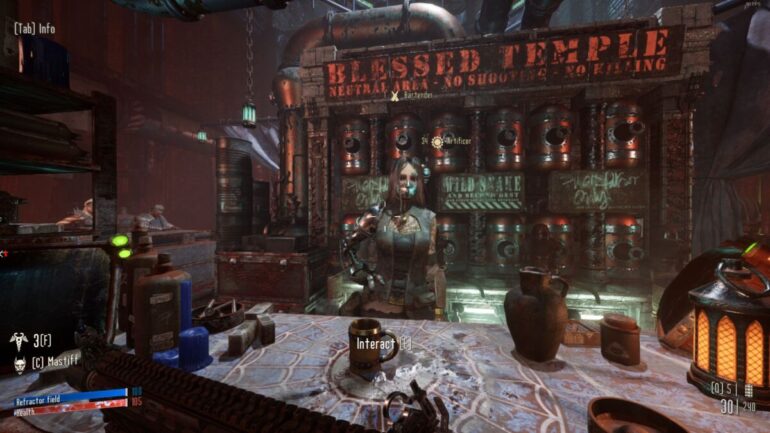 Necromunda: Hired Gun has been to the Cyberpunk 2077 school of cosmetics in that you can change your appearance, but you will only ever see the changes in cutscenes. You can change your outfits in Hired Gun, but don’t expect to see it much.

To change outfits in Necromunda: Hired Gun, you must complete the first level and wind up at Martyr’s End, the hub world where you can upgrade your weapons, augments, and dog. Venture on up the bartender and then ask her to show you what she can do for you.

You will then get a list of outfits to pick from.

If you pre-ordered the game, here’s where you can claim the Hunter’s Bounty Pack, which includes Guilder cosmetics for your Knife, Stub Gun, Outfit, and Mastiff Chew Toy.

There are six different outfits to choose from in Hired Gun as of launch day, but Streum On Studio may add more over time, probably depending on how much demand there is.

As is almost always the case in any game, these different skins/outfits don’t change the gameplay at all, they’re purely for appearances.