Ms. Marvel finally gets a bit of clarity. 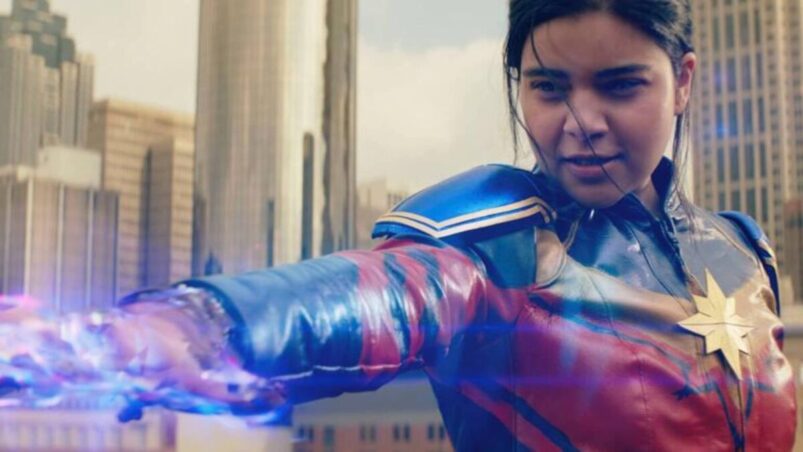 ‘Seeing Red’ starts off by addressing why Kamala is allowed to travel to Karachi, and in a chuckle-worthy exchange between her, her mother and a citizen caught in the middle, establish that Kamala is only allowed to travel to see her grandmother because she’s old. It’s believable enough for the story, but Marvel should have reorganised their story to avoid this situation. The show introduces Kamala’s cousins at the airport, who are the comic relief for this week. More importantly they’re not overly present in the episode, which means they don’t become annoying.

Karachi itself is a much more vibrant location than the streets of New Jersey, which is indistinguishable from New York. Karachi on the other hand is full of life, tuk-tuks crawling through the streets, which are full of colourful shops on the run down roads. The MCU is always better when it leaves the streets of America, which look the same.

Iman Vellani takes a more laid back role in ‘Seeing Red,’ mostly playing the confused tourist, as she learns about the history of Karachi, buys souvenirs and gets some much needed exposition about her powers and what the stakes are, clearing up the goals of the villains. They do end up being generic, but villains are rarely where Marvel shines. It seems like the interdimensional beings will be the true villains of the show, with the Department of Damage Control being relegated to an afterthought.

Kamala receives this exposition by talking to the Red Daggers, an organisation that studies interdimensional beings and the bangle. This is a huge departure from the Red Dagger in the comics, where it’s just the nickname for Kareem. The group also appear to specialise in knife fighting, and have been for about for generations. This is a welcome departure, as it avoids Red Dagger’s controversial comic book origins of learning how to use guns and knives on the internet.

Kareem and Kamala fight briefly, which displays a better use of Kamala’s powers that demonstrates that she is learning how to control them, showing more sophistication with her actions. The effects for her powers have improved as well, with a crystal-like look that shatters when broken, instead of just blobs of purple. Fight sequences are more interesting to look at, which hopefully continues into the final two episodes.

The show implies that Kareem and Kamala could become lovers, but that would be a mistake. They share very little romantic connection, which would make any romance come out of nowhere and only be done because it’s what happens in the comics. What the show has previously set up with Kamran is much more compelling as a romance, if Marvel would only address his familial connections to Kamala.

The interdimensional beings make it to Pakistan, and give chase to the Red Daggers and Kamala, taking advantage of the verticality the streets of Karachi have to offer, as opposed to a generic run through the streets of America. The leader of the Red Daggers dies, but it doesn’t have an impact on the audience. The show only introduces him in the scene beforehand, and his main purpose was to give exposition, so the audience doesn’t care about him. Kareem also doesn’t get a chance to react to his death either, despite the fact that ‘Seeing Red’ shows the two as being in a close mentor and student relationship.

‘Seeing Red’ features a better balance between the superpowers and interdimensional beings and family, with Kamala spending some time with her grandmother, who the audience has only previously seen through video calls. She is just as eccentric as the video calls would suggest, taking it in her stride that she and Kamala are interdimensional beings with no problem. This is surprising, as the audience (and Kamala) thought the opposite, but it matches her eccentricity and it skips another exposition sequence, and one that would only recap what the audience knows.

Kamala’s mum, Muneeba, also gets to spend some time with her mother, and it’s just as fraught as the show has been telling the audience.  Muneeba tries to reach out to her daughter later in the episode, but the unexpected nature of it ruins the moment. While it is an attempt to show that Muneeba has grown as a character and is trying to reach out to Kamala, it comes off as creepy, especially with Shroff’s voice.

With the show becoming clearer and visually interesting in ‘Seeing Red,’ it’s easier to connect with what’s going on. While the villains have a generic motivation, their smaller role means that it isn’t a major issue. There is a much better balance between family and interdimensional plots than past weeks, which allows for the audience to get some answers. 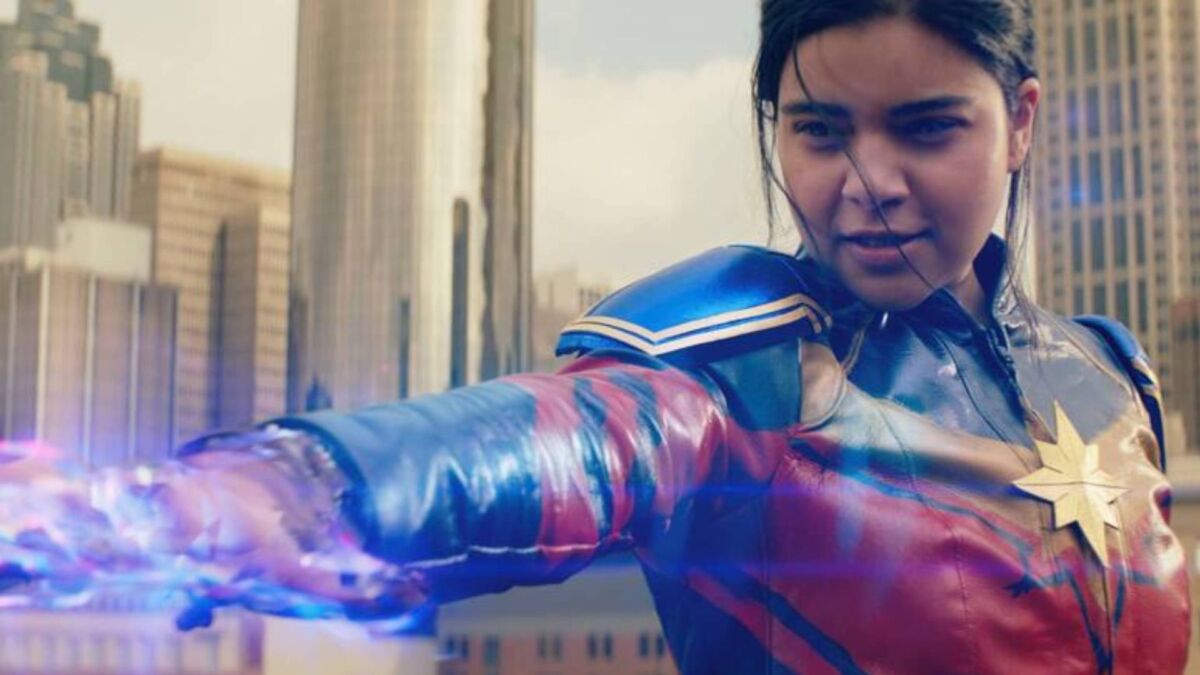 Verdict
An explanation of what’s going on, more visually engaging sequences and a better balance of family and superpowers make Seeing Red an improvement over past weeks, allowing audiences to connect better to Ms. Marvel's interdimensional conflict.
8
Cultured Vultures is a pop culture website established in 2013 covering all things gaming, movies, and more. We eat your words.
All The News On The Biggest Games