7 Most Anticipated Books of October 2016 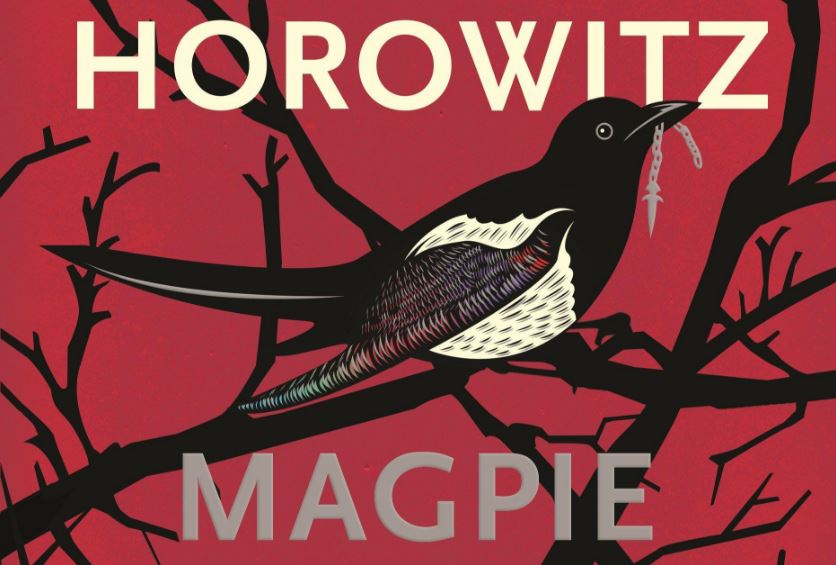 Did you know that October is a big month for murder books and thrillers? I didn’t either, but it’s a trend that makes sense once you think about it. After all, the nights are closing in and what better way to celebrate that than with some gore and mild terror? If mysteries aren’t your thing though, fear not – October 2016 looks like a great month for new releases, some of which are nothing at all to do with crime or horror and some which I personally am very excited about.

Magpie Murders – Anthony Horowitz
This is my nod to the trend of Mysterious October, a new story from the slightly mad, always entertaining visionary that is Anthony Horowitz. He’s well known for his ‘Alex Rider’ and ‘Power of Five’ series’ for younger readers, but he’s no stranger to crime. His Sherlock Holmes novel ‘The House of Silk’ was an excellent addition to the official Sherlock Holmes canon, even rivalling Arthur Conan-Doyle himself in pure plot fiendishness, and adding some rather lovely character moments for Holmes and Watson that Conan-Doyle always seemed to be missing. ‘Magpie Murders

’, with a book within a book thing going on, promises to be more of that same carefully balanced story.

’ is the tenth in ‘The Warrior Chronicles’ series, which inspired last year’s BBC answer to ‘Game of Thrones’, ‘The Last Kingdom’. Cornwell is always a reliable storyteller, no matter his subject, and this series so far has not failed to impress. Uhtred, the main character and narrator, may be getting a bit long in the tooth this far into the story, but he is far from being done with his adventures. When we left Uhtred at the end of the last book, he had set his sights on recapturing his long lost home of Bebbanburg; as he pursues that dream, ‘The Flame Bearer’ has the makings of a Cornwell classic.

Magnus Chase and the Hammer of Thor – Rick Riordan
This is one of the most anticipated autumn books over on Goodreads, and it isn’t hard to see why. Riordan’s ‘Percy Jackson’ series was a runaway success, revamping Greek mythology and establishing Riordan as a stalwart of modern young adult fiction. He’s attempting to repeat his success with Magnus Chase and so far seems to be doing well. The first book, ‘Magnus Chase and the Sword of Summer’, got great reviews and the second is likely to be more of the same. I also read that it is going to feature Loki, that most popular of Norse gods, so what could possibly go wrong with that?

Reality Is Not What It Seems – Carlo Rovelli
Carlo Rovelli is the man behind the gigantic triumph of scientific popular writing, ‘Seven Brief Lessons on Physics’. That book has been translated into dozens of languages and sold spectacularly well worldwide. His new book sets out to explore and explain some of the more difficult notions of theoretical physics. Space and time, the nature of reality, black holes, quantum theory – there doesn’t seem to be much that Rovelli won’t attempt to explain to us non-scientists, and ‘Reality is Not What It Seems

’ has more of those answers to offer. Of all the books on this list, this is the one I am almost certain will be brilliant.

’, about the escape of slaves in the USA during that horrific period of history, has already had some heavy weight support thrown behind it. Apparently, Barack Obama had the book on his ‘Summer Reading 2016’ list, and early reviewers have compared the story to some real greats, like Toni Morrison’s ‘Beloved’ and Solomon Northup’s ’12 Years a Slave’. If these comparisons have any truth to them, you’ll be in for a great read if you pick this book up.

Hag Seed – The Tempest Re-Told – Margaret Atwood
Hogarth Shakespeare are on a mission to retell Shakespeare’s plays, using the words of acclaimed novelists such as Jeanette Winterson and Anne Tyler. There’s some great titles to come next year too, from the likes of Tracy Chevalier and Gillian Flynn, but this October is the turn of Margaret Atwood and ‘The Tempest’. Atwood, of course, is the tour de force behind such titles as ‘The Handmaid’s Tale’, and ‘The Tempest’ is a weird enough play that the book promises to be anything but straightforward. Prospero is reborn as a bitter theatre director Felix, who aims to put on his own version of ‘The Tempest’ in a prison, and it all gets way more complicated after that. It sounds like a good premise and the partnership of the Bard and Atwood could yield some great results.

’, third and last book in ‘The Young Elites’ series, is a book that has a lot of fans champing at the bit, and it is pretty easy to see why. The first book, ‘The Young Elites’, a New York Times Bestseller, had a boatload of awards thrown at it, including Buzzfeed’s YA Book of the Year. The second was also a New York Times Bestseller, and Lu became a name to watch. Adelina’s empire comes under threat in this last book and forces an uneasy alliance with The Daggers, as she goes on a quest to save what she has made for herself. This book also has a very visible presence on Goodreads, which is expecting great things from it. If it goes well, Lu will be a strong addition to the growing YA author hall of fame.