Metroid Dread: 8 Things You Should Know 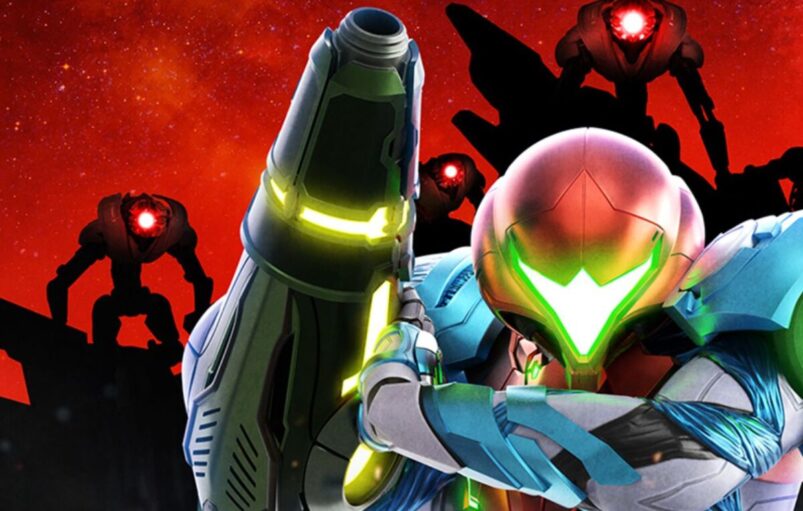 Set to launch on October 8th, 2021 for Nintendo Switch, Metroid Dread is just around the bend, and it still doesn’t quite seem real. The game had a pretty troubled past, having been stuck in development hell for well over ten years.

Many players doubted it would ever see a release, so its surprise announcement and fixed 2021 release date this year blew everyone’s socks off. Metroid Dread will follow our favorite intergalactic bounty hunter, Samus, as she explores planet ZDR to look into a strange transmission sent to the Galactic Federation.

As you’d expect from a Metroid game, Metroid Dread will feature plenty of exploration, backtracking, secrets, and unlockable abilities, as well as some new features for an even more fast-paced, hectic experience.

Looking for another reason (or eight) to get excited about the new Samus adventure? Here are six things you should know about Metroid Dread.

1. It’s a Sequel to Metroid Fusion

Metroid Dread is a direct sequel to Metroid Fusion, taking place after the events of the last game’s finale.

After receiving mysterious footage that suggests the X Parasites are still alive despite initially being believed to be destroyed, the Galactic Federation dispatches a unit of E.M.M.I. robots to investigate the source of the transmission on planet ZDR.

After arriving on the planet, the robots strangely disappear. Due to her immunity against the X Parasites, Samus Aran is sent to ZDR to discover whether they really are still in existence.

2. It Will Conclude the Current 2D Metroid Saga Storyline

Metroid Dread will bring the 2D Metroid saga’s current story arc, which started with the original game in 1986, to an end. There are four games (soon to be five) in the 2D series so far, including Metroid, Metroid 2: Return of Samus, Super Metroid, and Metroid Fusion.

The next entry is the final chapter of Samus’s involvement and relationship with the Metroids, so it will be a bittersweet experience, and hopefully one that will have a satisfying conclusion.

Don’t worry, Metroid Dread won’t be the last game in the 2D series, just the last one in the current five-part saga.

Although there are no specifics just yet, Yoshio Sakamoto, producer and director of the Metroid series, did reveal that a new episode in the series is currently in the planning stage, focusing on a new story and adventure.

Metroid Dread is the first new 2D side-scrolling Metroid entry in nearly two decades, the last one being Metroid Fusion back in 2002. Despite only being announced this year, Metroid Dread had actually been in the works for well over ten years.

Rumors of a new 2D Metroid game started circulating in 2004, around the time Metroid: Zero Mission on the Game Boy Advance launched. Fan suspicions were then confirmed in 2005 when a new Metroid game, known as Metroid Dread, for the Nintendo DS was revealed.

Unfortunately, Metroid Dread slipped under the radar for two years after its 2005 announcement, and by 2007, the project was canceled.

That wasn’t the end of Metroid Dread’s rocky and messy development history, though. In 2008, a working prototype of the game had been made and was shown privately to Nintendo of America staff around the time of E3 in 2009.

However, the game yet again vanished into thin air, and most people considered it vaporware at this point.

The game’s troubled development process was apparently due to limitations of the DS hardware, which Yoshio Sakamoto felt were too restrictive for what he had planned for Metroid Dread.

Given the game’s history and on/off development, you can probably imagine everyone’s surprise when Metroid Dread was announced at a Nintendo Direct earlier this year, with a set release date to boot.

If only we could get the same good news for Metroid Prime 4, another game with a complicated past that seems forever trapped in development.

Normally, jumping into a game’s sequel having not played earlier entries isn’t the best idea, as you won’t have the faintest idea of the story or know what’s going on. Metroid Dread, on the other hand, can be played even if it’s your first time diving into the 2D Metroid series.

The game will feature a prologue scene (similar to the one included at the start of Super Metroid) that will recap the series’ story so far and detail basic plot points.

This will help catch up new players with the story, as well as veteran players who need to be brought up to speed – Metroid Fusion did release close to 20 years ago, after all.

Yoshio Sakomoto also specified himself that new players don’t need to have played through the previous games in the saga to enjoy Metroid Dread and understand the plot.

That being said, the entire saga is fantastic, with Super Metroid, as many fans and critics would agree, being the king of them all. If you like the look of the latest installment, you should definitely play through the previous entries to get a better feel for the gameplay and story.

5. Samus Will Have Old and Brand New Abilities

Samus will have a mixture of old and new abilities in Metroid Dread to help her clear out enemies, solve puzzles, and explore areas.

Her trademark Screw Attack, Space Jump, and Grapple Beam are among some of the old skills you’ll be able to use in Metroid Dread, so veteran players will feel right at home in Metroid Dread.

The new abilities Samus gets access to are by far the most exciting, though, and help mix up her playstyle. Phantom Cloak, Slide, and Spider Magnet are just a few of the new tricks Samus has up her sleeve.

Phantom Cloak allows Samus to turn invisible for a limited time, which is helpful for sneaking past enemies you don’t want to engage in combat with. It’s also the first time Samus has had a stealth-based upgrade for her suit.

The Slide ability is pretty self-explanatory – it lets Samus slide through small crevices and gaps without needing to stop and transform into a ball.

Finally, Spider Magnet allows you to grip onto and move along magnetic strips located on surfaces, while also being able to shoot and counter-attack.

6. You Can Aim and Move Independently

In previous 2D Metroid games, Samus was unable to aim up and down independently or shoot accurately without being locked into place, which could feel a little clunky at times.

While Samus Returns, a remake of Metroid 2: Return of Samus, introduced free-aim so you could aim precisely in all angles, you couldn’t move while doing so.

This has been rectified in Metroid Dread, as due to the dual analog controls on the Switch, Samus can now move and aim from all directions in a 360-degree range. You’ll be able to shoot while running, jumping, or gripping onto specific ledges and walls.

The new mechanic will make for much smoother and satisfying gameplay, as well as make it feel more interactive and fast-paced.

In trailers of Metroid Dread’s gameplay, Samus is seen wearing a white and blue version of her suit, a lot different from previous iterations. Her Metroid Dread suit was initially believed to be simply a new design, but it’s actually the organic suit from Metroid Fusion reverting back to its original state.

After Samus was attacked by the X Parasites and injected with the Metroid vaccine in Metroid Fusion, her suit took quite a beating and transformed significantly. In Metroid Dread, she is beginning to heal from the infection that almost took her life, so her suit is starting to return to its initial, mechanical Power Suit form.

8. An Old Villain Will Return

Metroid Dread will see the return of Kraid, now the biggest and meanest reptilian alien you’ll ever have the displeasure of meeting. Kraid first made his debut as one of the bosses in the original Metroid.

Back then, he was a spiky, small green lizard who wasn’t exactly intimidating. He received a few reworks in Super Metroid and Zero Mission but has been missing from the series since 2004.

In a recent trailer, Samus is shown meeting Kraid in a dark containment chamber. He lunges at her menacingly with some rather scary-looking teeth but is held back by chains.

Kraid has come a long way since his first appearance in Metroid – he’s been given a massive makeover (literally) and is, frankly, terrifying.

Life-long fans of Metroid and Kraid will no doubt get hit with a wave of nostalgia when they play Metroid Dread. New players, on the other hand, will probably get a pretty good scare with his new appearance.

READ NEXT: 10 Best Metroidvania Games You Should Check Out