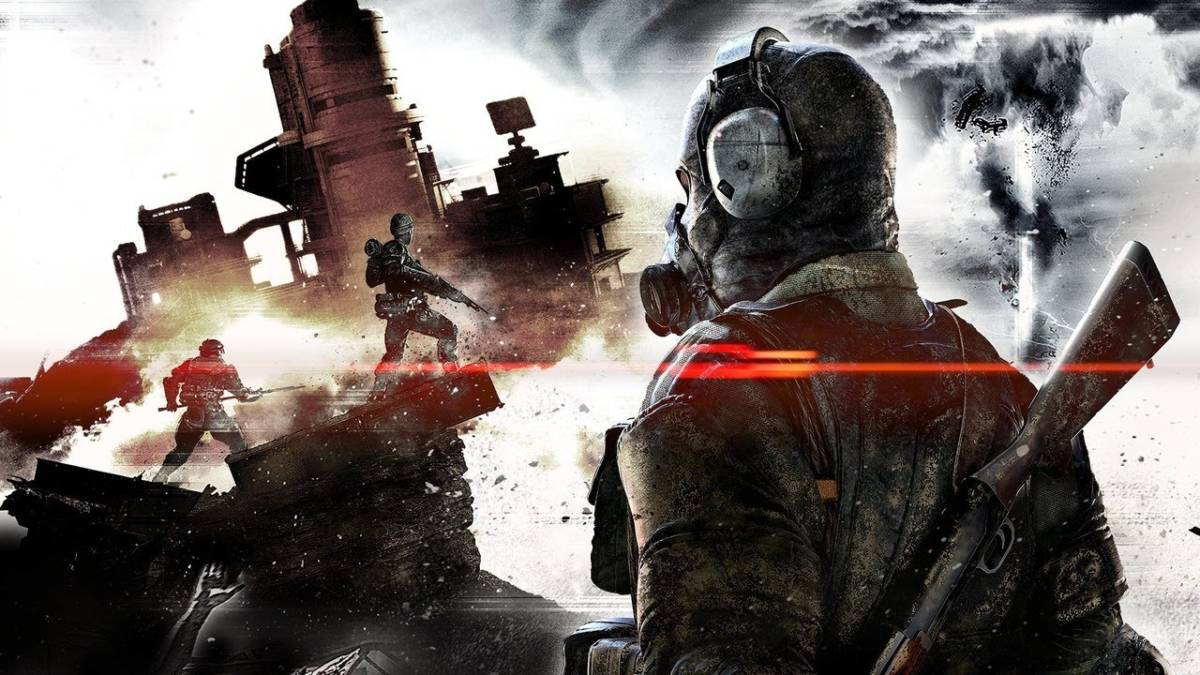 The most tepid take in the gaming industry over the past 12 months has been “Metal Gear Survive doesn’t deserve to be a Metal Gear game”. It’s a statement derived largely from how Konami treated series creator Hideo Kojima during and after the development of Metal Gear Solid V: The Phantom Pain; a well documented shitshow that lead to the whole “#FucKonami” social media campaign.

Calling a company out for trying to profit from a series one of their fired employees created is fair enough. Many have pointed out Konami’s desire to turn the Metal Gear series into a cash cow, further evidenced by Survive’s litany of microtransactions. Having to pay around $10 for a new save slot is egregious, no matter how you try to slice it, but many have boycotted Metal Gear Survive because of its gameplay style.

Metal Gear Survive focuses on third person survival horror with co-op elements, which many feel doesn’t fit the typical mold of the Metal Gear series. However, that statement is somewhat inaccurate. Games like Metal Gear Acid, Portable Ops, Peace Walker and Metal Gear Rising helped to redefine what it means to be a “Metal Gear game”, and despite a certain contingent of fans hating those games before launch, they’ve been largely well received since.

The point I’m trying to make in my slow, rambling form, is that you shouldn’t judge a game before it comes out just because it doesn’t fit your preconceived notions of what a Metal Gear game should be, otherwise you could end up looking foolish. Fortunately for you, Metal Gear Survive doesn’t do much to disprove those negative first impressions. 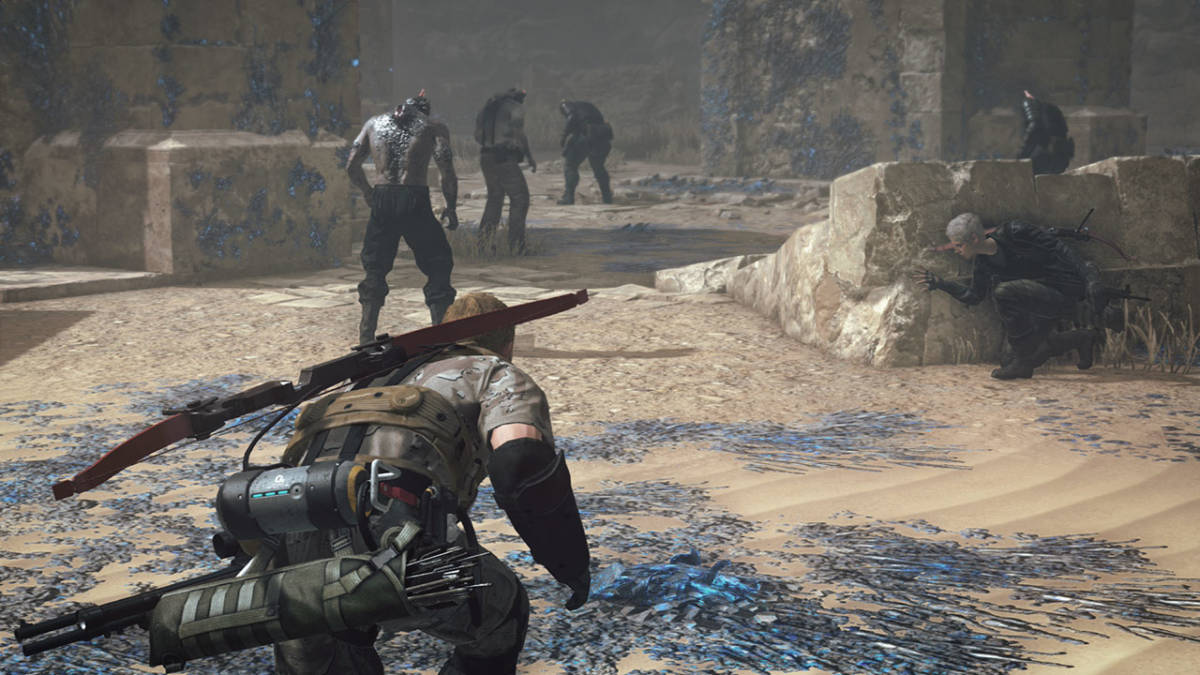 The problem isn’t that Metal Gear Survive is bad. It’s not. There are even moments when Survive is somewhat enjoyable, though that’s largely due to the foundations on which Survive is built. Utilising the Fox Engine from Metal Gear Solid V: The Phantom Pain, the development team were already given a fantastic framework to begin with. The issue with Survive is that it’s just so middle of the road. It’s average, unoriginal, and for the most part, dull.

Metal Gear Survive is, as you would expect, a survival game, with all the caveats that come with that. Tangentially related to the events of Metal Gear Solid V, a wormhole opens above the wreckage of Mother Base after the XOF attack, transporting you to the world of Dite, a desolate wasteland filled with the Wanderers and The Dust. Whilst in Dite, it’s your job to investigate the origins of the world, establish a base of operations, craft some weapons and, as the name suggests, survive.

To do so, you have to manage your hunger, thirst and oxygen levels as you explore a hostile environment filled with zombie like creatures known as Wanderers. Wanderers come in a few different flavours, such as bombers and detonators, but be damned if you’ll see them for the most part. Instead, you’ll be facing off against dumb jobber Wanderers, especially in the early going. 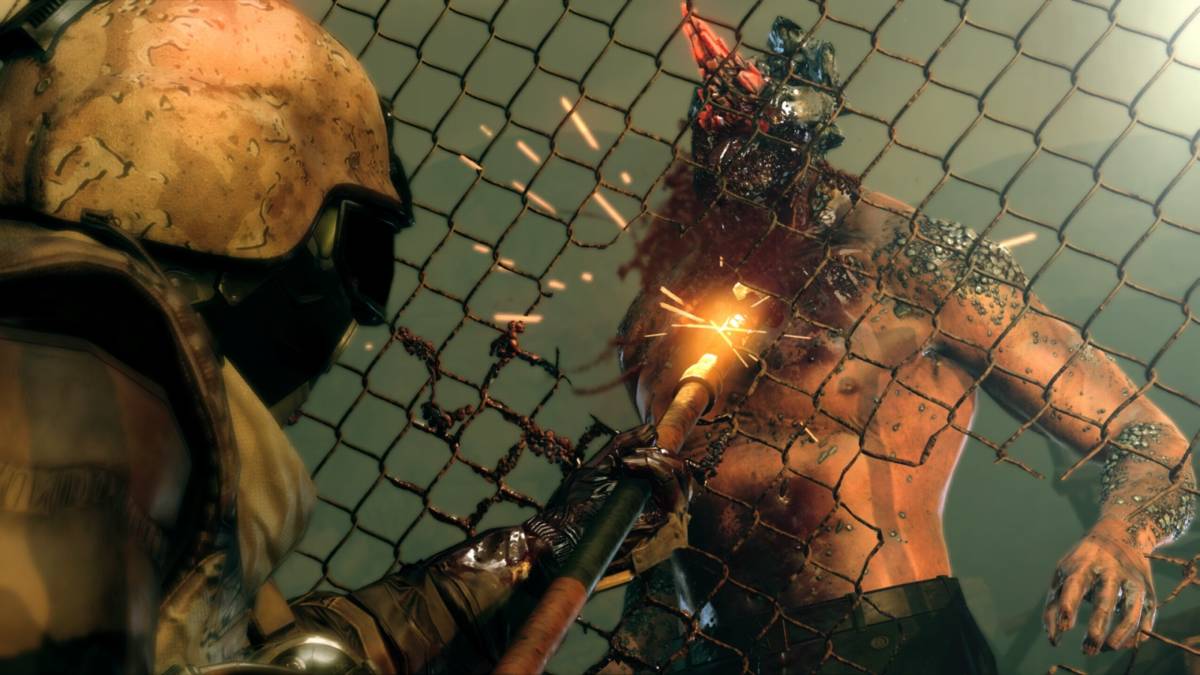 The enemies are frighteningly stupid, to the point of hilarity. Most appear to have a field of vision equal to a blindfolded Stevie Wonder, and even though they investigate noise effectively, they can be easily fooled by some tactical crouching. Because enemies can be killed with a simple backstab, most journeys consist of crouch walking interspersed with some casual shanking.

Once you are discovered, and that trademark alert noise rings out, enemies begin to crawl out of the woodwork in an attempt to overwhelm you, forcing you to break out the bigger weapons. Though you’ll have access to assault rifles, shotguns and other forms of superior firearms later on in the game, a large portion of your time is spent duking it out via melee combat, and it’s here that the game falls apart.

There are different types of melee weapon, each with different properties and the like. One handed, two handed and heavy weapons have the usual attack speed vs damage trade-off, but even the one handed weapons feel like you’re dragging your arm through treacle. They’re okay for crowd control, but because they’re so slow to start up, you’ll often end up getting smacked before you can attack.

The only effective form of melee combat appears to be the thrusting weapons, which allow you to both aim your attacks and attack through chain link fences, which is invaluable during the frequent moments in the game where you’ll be defending an objective. It’s like the devs watched season 3 of The Walking Dead and got the idea from that. Thrusting weapons are also great for abusing the game’s AI by standing on top of a platform and prodding the Wanderers that have gathered below you. Again, Wanderers aren’t the smartest. 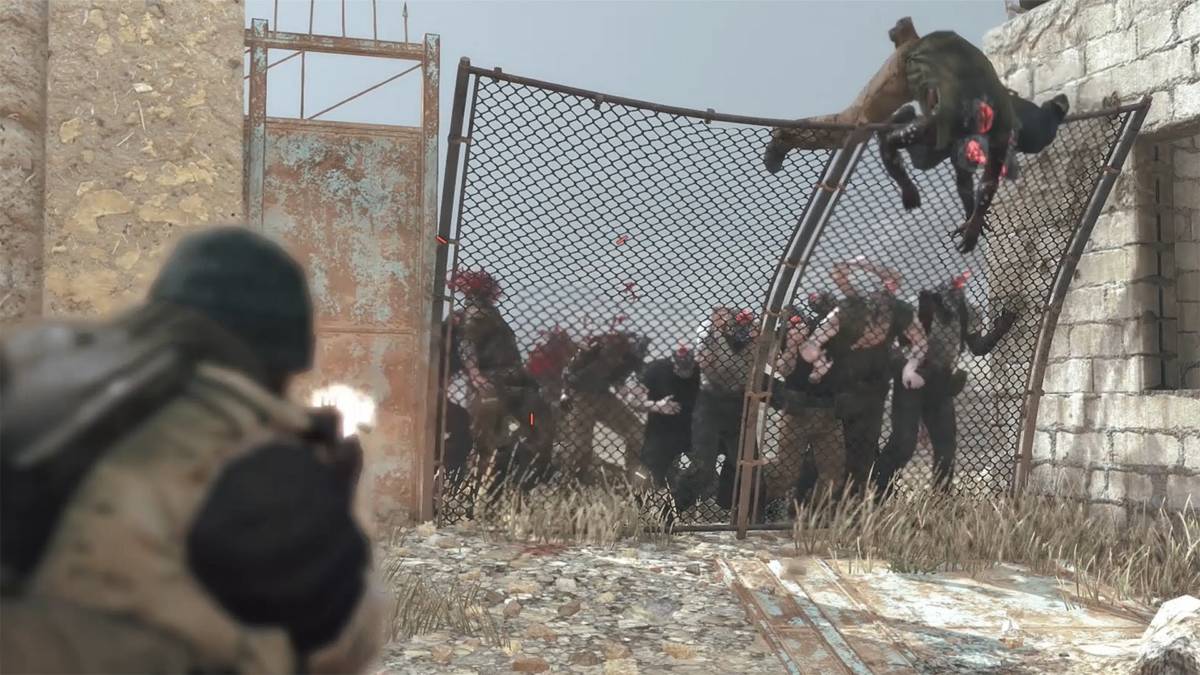 As you go out into the world of Dite, you’ll have to enter The Dust, a toxic gas cloud that covers the majority of the map like a blanket. Whilst inside The Dust, you have to manage your oxygen levels using Kuban Energy, which also acts as the currency for everything in the game. Need to craft a weapon? Kuban Energy. Want to replenish your air tank with oxygen? Kuban Energy. Want to upgrade your survivor? Kuban Energy. Got a problem with Soviets building missiles so close to your territory? Cuban Missile Crisis.

As you explore The Dust, you’ll find outposts which contain teleporters back to Base Camp, along with some containers that contain the materials and recipes you need to craft better weapons and equipment. Unfortunately, the regular GPS system doesn’t work in the Dust, faltering and disconnecting when not inside an outpost. The best method of exploration appears to be setting the waypoint before setting off and just running in that direction, other it’s all too easy to get lost, run out of oxygen and die.

As you play the game more, you begin to learn strategies and adapt ways that you can survive in Dite, and the same is true for crafting. Once you’ve unlocked the recipes that allow you to carry more than just a couple of clips of ammunition, or more than 30 arrows, you begin to rely less on the awful melee combat and the game improves from then on.

This is felt during the moments where you must defend a wormhole generator from waves of hostiles. At this point, the survival aspects get thrown out of the window in favour of a Horde inspired onslaught. Things can get truly tense as barriers begin to break under the sheer force of the aggressive Wanderers, and you’re forced to swap out to weapons you’ve been conserving the ammo for.

This sentiment rings especially true for the co-op mode, which focuses purely on these defensive moments and leaves the survival gameplay in the, well, Dust. But to get the most out of the co-op mode, such as using the best weapons or crafting the best fortifications, you need to engage with the dull and monotonous single player mode.

Ultimately, that’s the worst crime of all for Metal Gear Survive. The series has been known for pushing the envelope and providing original and engaging experiences in whatever form it chooses to take, but Metal Gear Survive doesn’t do anything that hasn’t been done before or done better. Whilst it’s not the godawful blight on the series that some zealots would have you believe, it’s not the reassuring start to the Metal Gear franchise post-Kojima that Konami would like it to be.

Verdict
Though it's not totally devoid of positives, Metal Gear Survive suffers the curse of being wholly unremarkable in pretty much every way. Bland survival gameplay, unoriginal ideas and unresponsive melee combat make for a tedious experience. Metal Gear Survive is certainly a functional game, but someone forgot to add the "fun". Microtransactions: Of course.
5.5