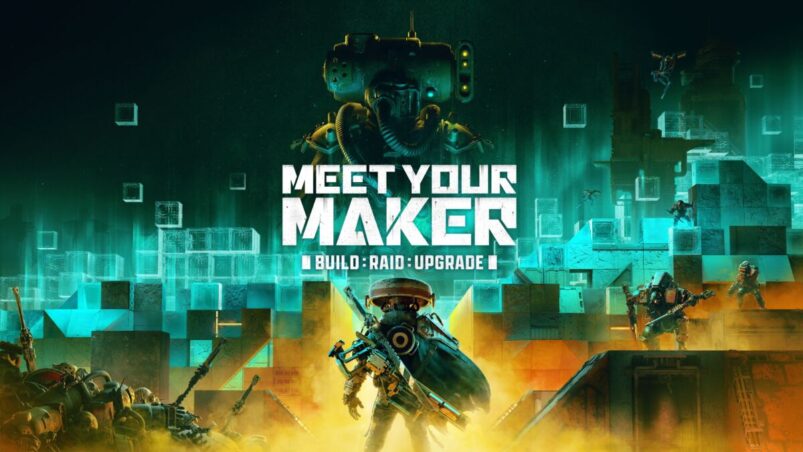 One of the most underappreciated features of DOOM (2016) was SnapMap, which allowed players to create their own levels and experiences within the DOOM engine that multiple players could enjoy. It was a robust and versatile system for those willing to sink the hours into learning its intricacies, but like the multiplayer aspect of the game, it’s been forgotten about since DOOM Eternal showed up. However, a new contender has arrived that could carry SnapMap’s legacy.

Announced during today’s Behaviour Beyond showcase, Meet Your Maker is an asynchronous builder/raider multiplayer FPS game that’s set for release on PC, PS4, PS5, Xbox One and Xbox Series X & S. Naturally, Behaviour are no strangers to unique PvP takes, thanks to their work on Dead By Daylight, but Meet Your Maker feels like the spiritual successor of DOOM’s great SnapMap feature.

Set in a post-apocalypse, like all good movement shooters are, Meet Your Maker puts players in the shoes of The Custodian. Your job is simple: protect and feed your Chimera, a being that feeds on genetic material and was created to try and stop the apocalypse from happening. In order to obtain genetic material though, you’ll need to either salvage it from the bodies of those who failed to break into your outpost, or tackle another person’s outpost and steal theirs.

Meet Your Maker is a game of two halves then, and most will likely stick with the Raiding half. Players can customise their loadouts before tackling an outpost with an array of weapons, while the gameplay itself is very much in the same vein to other movement shooters. You side strafe at the speed of a Usain Bolt sprint, there’s loads of enemies on screen and there’s even a grappling hook should you wish to get up close and personal.

By Behaviour’s own admission, Meet Your Maker is meant to be a hard game, as the one-hit kill gameplay and amount of traps you can chuck into your outpost will mean players will have lots of challenges ahead of them should they go raiding. However, Behaviour wants the game to have a “die, retry and overcome” loop with fast restarts and knowledge ultimately allowing players to succeed, even if they have to get killed a bunch first. Failing that, you can always bring a friend for 2 player co-op, though Behaviour reckon that the nature of the game, with chaotic enemy placements and traps, might make co-op more difficult.

Of course, the real standout attraction to Meet Your Maker is the creation side of it, allowing players (either solo or in co-op) to build their own custom outposts and share them online with players across the world, or just among your community if you’re a streamer or content creator. Players can fill their outposts with enemies, traps, turrets and other geometry to try and catch opponents out.

It’s worth noting that you can modify traps with holocubes to make them invisible or make the mines bouncy, and you can create custom guard paths and patrols for the AI in your outpost. Essentially, the level design is a lot more sophisticated than just placing a few level blocks and turrets and calling it a day. You could do that, but your outpost might not have much success.

The real genius of the outpost system though is the fact that you can view replays of players who have attempted your outpost, so you can see where they’ve succeeded or failed and reiterate accordingly. While Raiders can destroy the outpost as much as they like to proceed, Builders won’t need to worry about repairing their outpost after each invader makes their attempt. It means you can just focus on making your outpost deadlier instead.

The potential issue with creating a multiplayer game like Meet Your Maker is if Builders can find ways to make their levels impossible for Raiders, but during a preview session for the game, Creative Director Ash Pannell mentioned that there’s going to be “rules in place” to stop impossible levels from happening. For starters, each level needs an accessible path that allows players to get in, grab the genetic material and get out. There’ll also be a report function, though Pannell notes that it’ll mainly be used to combat inappropriate content.

No hate speech in your levels, or you’ll be getting told.

One aspect of the game that might be more of an issue for those looking to build exclusively is that it’ll be harder to gather the materials and resources you need to build your dream outpost without going out and completing levels yourself. Failed attempts at your outpost will grant you rewards, but it seems like you’ll need to also play other levels in order to ensure you’ve got enough tools to mess around with. If the shooting side of Meet Your Maker doesn’t appeal to you, that could be a dealbreaker, but for those interested in both aspects, it shouldn’t be too much of a hurdle.

If Meet Your Maker sounds like your jam and you want to experience it for yourself, you’ll be pleased to know that sign-ups are live now for the closed beta test. The test is for PC only, unfortunately, and sign-ups won’t guarantee you a spot, but those who are accepted will be able to play from August 23rd, 2022. The test will even last for approximately 2 months, so you’ll have plenty of time to get to grips with the game. Once the full game launches, you can expect seasonal leaderboards and post-launch content with new weapons and level tiles, meaning there’s always going to be something new to enjoy.

While a console luddite such as myself will have to wait until 2023 to see what Meet Your Maker is like, the parts that were shown look like it could be one of the more unique multiplayer games of next year. Still, it’s hard to deny how its DNA seems to trace back to an underappreciated feature in DOOM (2016).

READ MORE: Have Battle Passes Been Good For Multiplayer Gaming?