Home
Movies
Who Should Be the MCU’s Sinister Six?
Movies
·5 min read

Who Should Be the MCU’s Sinister Six?

Give Rhino another chance. 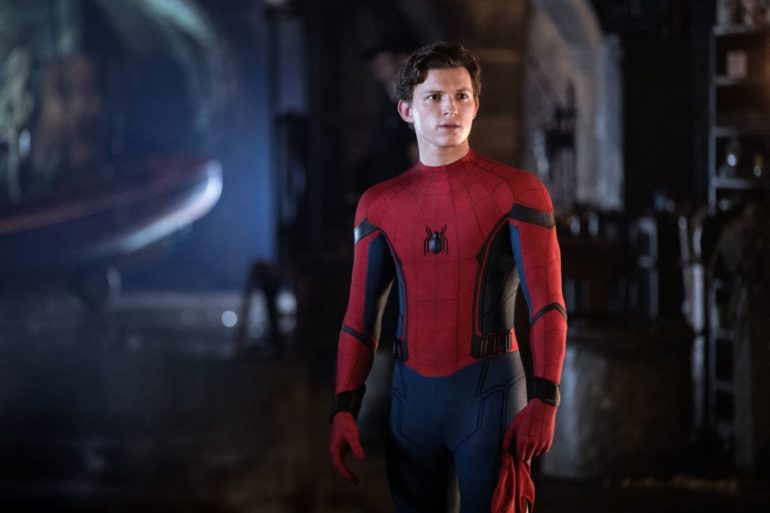 Spoilers for Far From Home below.

Spider-Man: Far From Home shook up Spider-Man’s status quo unlike any Spider-Man film before it, and with the addition of Mysterio to the web-slinger’s cinematic rogues gallery, audiences are now a step closer to seeing the villains team up to form the Sinister Six on the big screen.

While Spider-Man rights holder Sony has managed to bring together variants of the Sinister Six in both the recent Spider-Verse movie as well as the PS4 game, their attempt to bring them to life in live-action (at the end of Amazing Spider-Man 2) has left audiences wanting. But with the success of two movies as a result of their partnership with Marvel, this time it looks like their plans may actually come to fruition. If that is indeed the case, then who should Spider-Man face off against when the Sinister Six hit the big screen?

At the core of the group, we already have three supervillains lined up the kick things off.

During Homecoming, we were introduced to what will likely be half of the Sinister Six. The idea of the bad guys teaming up to bring Spider-Man down was initially floated by Michael Mando’s Scorpion, so now that Peter Parker’s identity is out in the open, he will no doubt be making moves to get revenge. Similarly, while they ended things on a rather amicable note, the Vulture may well want another shot at the web-slinger after spending three to eight years in prison (depending on whether he was blipped or not). And wherever Vulture goes, there’s no reason he can’t bring his old buddy Shocker in for some of the action.

Not only do we have three interesting villains here, but also three interesting actors behind them. Michael Mando has become a fan favourite character for his role in Better Call Saul and is also popular among video gamers for his turn as Vaas in Far Cry 3. Bokeem Woodbine, the second actor to take up the mantle of the Shocker in Homecoming, proved he could ooze charisma as one of the central villains in the second season of Fargo, while Michael Keaton is, well, Michael Keaton. 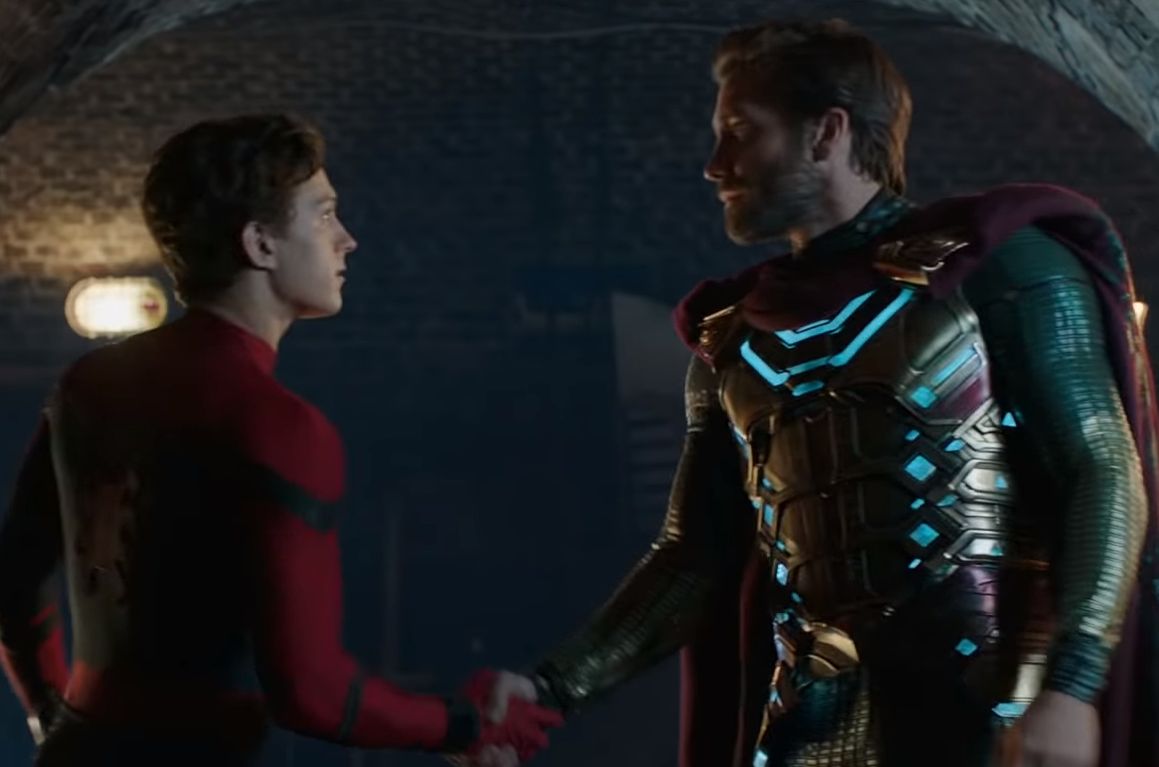 However, moving into Far From Home, Sony seemingly returned to the trope of killing off a major Spider-Man villain come the film’s end. While there are several workarounds to bring back Jake Gyllenhaal as Mysterio in a future sequel, such as his team recreating his image via hologram or even just claiming he never died (he is a master of illusions, after all), for now, let’s work under the assumption that Quentin Beck is well and truly deceased. He’s made enough of an impact on Spider-Man’s life anyway, and we wouldn’t want a supervillain team-up to become too focused on one villain.

In regards to that impact, however, it does open up a great opportunity for another classic Spider-Man villain to join the fray: Kraven the Hunter. Kraven is a Russian big-game hunter who turns his attention to Spider-Man after deciding that he is the greatest prey of all. They fought numerous times over the years until Kraven finally bested Spider-Man, took over his mantle for a short period of time and subsequently committed suicide in the famous comic book storyline, Kraven’s Last Hunt. Another founder of the Sinister Six, Kraven has the perfect opportunity to grace the MCU with his presence after Peter Parker’s identity was revealed to the world. If Spider-Man 3 sees Peter going off the radar, who better to bring him in than Sergei Kravinoff? Tom Holland previously commented on how he thought Jason Momoa would be good for the role, and while there are of course other options out there should the DC star not want to swap sides, we can’t disagree.

When it comes to subsequent additions, however, things get a little trickier. Marvel has made a conscious effort to explore new villains in this series of Spider-Man films, which would seemingly eliminate Green Goblin, Doctor Octopus, Venom, Sandman, Lizard, Electro or Rhino from joining the team. However, out of those villains, one who never really got a fair shake was the Rhino.

Played by Paul Giamatti in a bit part in Amazing Spider-Man 2, Rhino is a horned, rampaging thug who has terrorised Spider-Man numerous times over the years. By striking the right balance between the comic book character and his wasted movie counterpart, Marvel Studios could bring to life a villain that leans closer to the comics than Giamatti’s portrayal did, while also giving him a technological base that all MCU Spider-Man villains have so far shared. 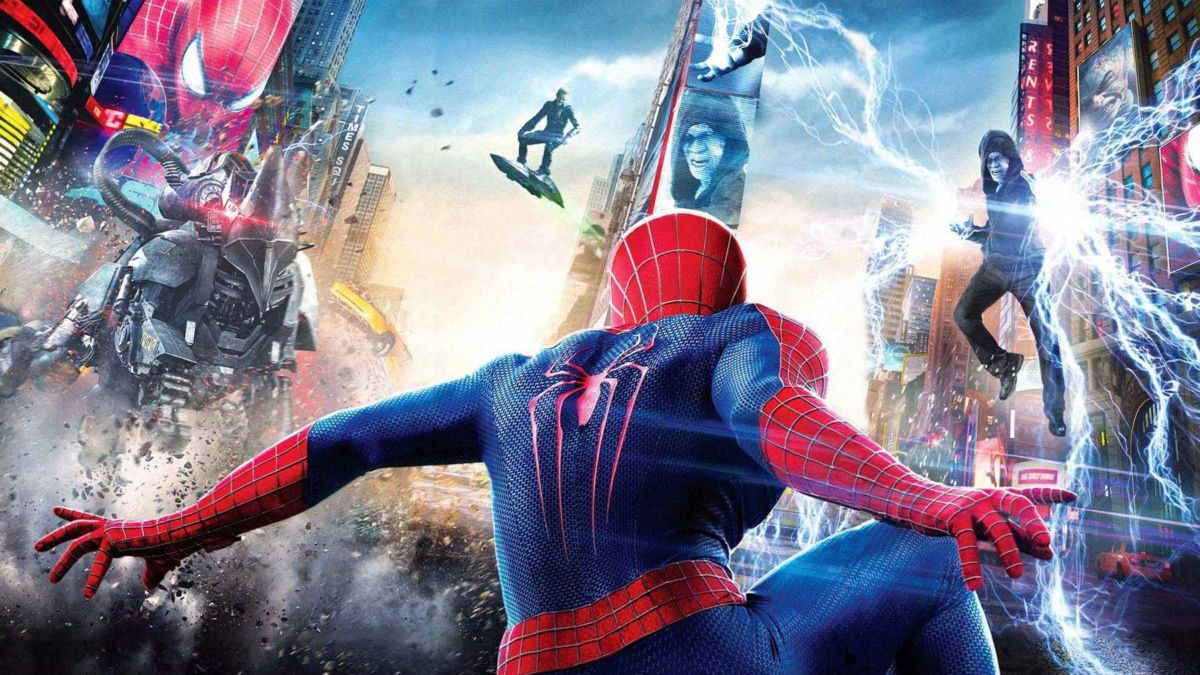 What would make Rhino an especially interesting addition to the Sinister Six is his brute strength. While Spider-Man has struggled against the likes of the Vulture, Far From Home and Civil War showed that Spider-Man is a lot stronger than he looks, so it may be a refreshing change of pace for him to face off against a villain who is significantly stronger than him. Throw him into Spider-Man 3 alongside Kraven and you have five members of the Sinister Six ready for a tussle.

All they would need now is a leader, and no Sinister Six line-up would truly be complete without the addition of primary Spider-Man antagonist Doctor Octopus. Yes, Doc Ock was played before by Alfred Molina, but that was ten years ago, and he’s definitely overdue for a comeback, especially if the Green Goblin was supposedly deserving of another shot.

Doc Ock is a mainstay on the majority of Sinister Six teams, often operating as their leader. He brought them together in the comics, the recent video game, and a female version of him was the big brain delivering the tech to Spider-Verse villain Kingpin. He rivals both Venom and the Green Goblin for the position of Spider-Man’s arch-enemy, and The Sinister Six is synonymous with Doctor Octopus. There has also been a popular fan-casting of Mark Hamill as Otto Octavius, which would be a joy to see.

With this set of charismatic actors and characters, Spider-Man would have the best of both worlds. He would have, presumably, completed a trilogy of stories where the focus was on lesser-known Spider-Man villains, before jumping into a new series of films where the threats are more dangerous. After having his identity outed in his second movie, Marvel and Sony are going to have to rack their brains to continue to up the stakes, and the Sinister Six is the perfect way to do that.