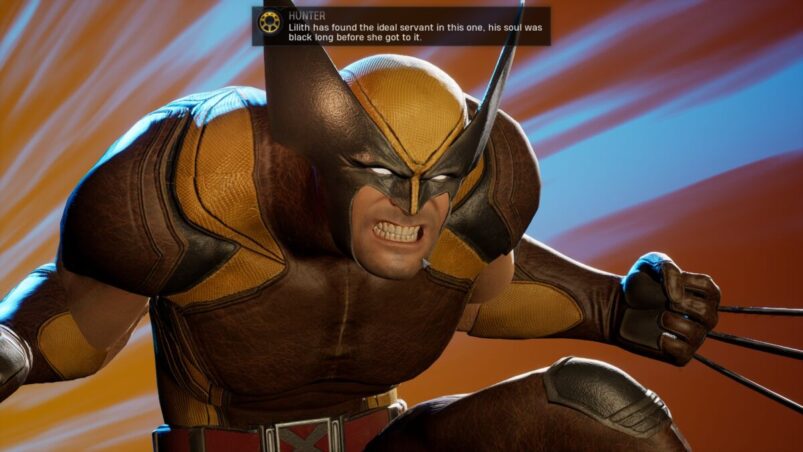 Marvel’s Midnight Suns has one of the best rosters of any superhero game to date, with loads of iconic Marvel characters each getting their chance to shine. Wolverine is arguably the most beloved member of the X-Men, so beloved that it actually takes quite a while to unlock him. Luckily, you just need to keep completing the main story.

The first time you play as Wolverine will come about 5-10 hours in for the The Best There Is main story mission, when he and The Hunter team up take on Sabretooth in New York. Sabretooth isn’t too tough, especially if you use your environment and use Wolverine’s quick abilities to easily clear out all of the minions that pop up. The only real thing to be wary about with Sabretooth is the fact that he will attack outside of his turn sometimes, but Wolverine’s taunt ensures that he can take the brunt of the damage. Just keep piling on the damage and Sabretooth will eventually get downed.

However, this is actually a bit of a cameo, as Wolverine goes off and hunts Sabretooth and doesn’t join your party. To actually unlock Wolverine in Marvel’s Midnight Suns, players must complete the The Changing Face of Evil mission in Part 2 of the story, which should take players about 20 hours or so of gameplay to reach.

In The Changing Face of Evil, players are tasked with defeating The Nest Mother and Sabretooth back-to-back. It’s highly recommended that you take Captain America for this mission.

The Nest Mother’s monuments are troublesome, as they allow her and her allies to heal up between turns, among other status buffs. Use Wolverine’s multi-attack cards to deal damage to these monuments (therefore dealing to her) and also the large creature protecting her, who can dole out huge damage and wound your team, making them constantly lose health. Try not to worry too much about the dogs; use Captain America’s taunting abilities to soak up their attention and guard against their attacks and they become a non-factor.

The rematch with Sabretooth plays out basically the same as in the original fight, but this time is probably even easier with a third hero like Captain America in tow. Use the same tactics and utilise the many, many environmental attacks on this stage to down him twice and complete the mission.

Once you return to The Abbey, simply visit Wolverine in his quarters and talk to him to officially add him to the team.

Wolverine is a very strong character in Midnight Suns, which may explain why it takes so long for you to unlock him. Chains Swipes lets you deal with loads of enemies at once, while Quick Swipes not only taunts opposition, but also has quick so your card play can be refunded if you eliminate an opponent. Berserk, meanwhile, draws another two cards and also gives your next attacks lifesteal, which is huge when you pair it with Eviscerate, which chains four pretty strong attacks together while taunting.