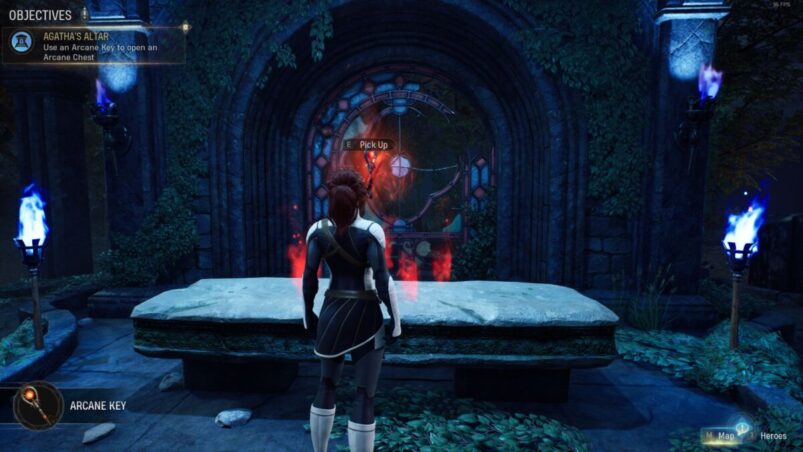 Arcane Keys in Marvel’s Midnight Suns are required to unlock Arcane Chests, which primarily give players cosmetics when opened but can also occasionally contain some gear, depending on the rarity.

Here’s what Arcane Chests look like; you’ll only need one Arcane Key per chest.

Arcane Keys aren’t too common in Midnight Suns, especially in the early goings. The first time you unlock one should be as part of a main story mission that sees you travelling to Agatha’s Altar, with an Arcane Chest pretty much right next to it.

The best way to obtain them early on is by taking part in daily sparring at The Yard. Here, simply choose a teammate to spar with and you will earn training XP, a boost to your friendship level, and occasionally an Arcane Key for your troubles.

Players can also unlock Arcane Keys by offering certain artifacts to the ornate bowl at Agatha’s Altar. This mechanic unlocks a night or two after you collect all of the rods to unlock apothecary with Agatha. Simply place an artifact in the ball (and after Doctor Strange has properly unearthed them at The Forge), then use a “shout” to submit your offering at night.

You can also earn Arcane Keys by unlocking the Reveal Word of Power and using it on stone slabs bearing this symbol.

Otherwise, the best way to earn Arcane Keys in Marvel’s Midnight Suns is to simply play through some story missions and complete favors for certain teammates, which is as simple as choosing the right thing when they ask you for one of two responses.