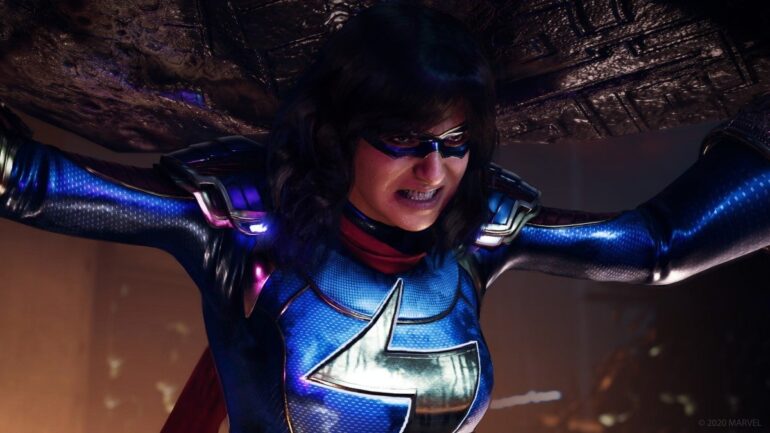 One of the biggest releases this month was Marvel’s Avengers from Crystal Dynamics and Square Enix, but if SteamDB figures are to be believed, it hasn’t had the level of impact that the developers would have liked.

According to a ResetEra thread, which was spotted by The Gamer, SteamDB tells a shocking tale of disappointing player figures for Marvel’s Avengers. The thread is a day old, so we checked the details out ourselves, and as of the time of writing, 2,111 players were playing the game on Steam, with a 24-hour peak of 3,479. The all-time peak for the game on Steam managed to reach 31,165 players a day after launch.

So Why Is This An Issue?

In the ResetEra thread, the Marvel’s Avengers figures were compared to other Square Enix titles, such as Deus Ex: Mankind Divided, which managed to accumulate an all-time peak of 52,485 players. Considering that Deus Ex is meant to be a single player RPG, as opposed to Avengers which is a multiplayer RPG in a similar vein to Destiny, and those figures become a bit more troubling.

Does That Mean Marvel’s Avengers Is Dead?

Not necessarily, it just means that it’s struggling on Steam. Square Enix themselves have been quiet regarding the game’s sales, so that doesn’t bode well for the game either. Marvel’s Avengers did top the UK sales charts on its first week of launch, but those sales were eclipsed by the figures for Marvel’s Spider-Man, with the multi-platform Avengers only reaching a third of Spider-Man’s physical sales. Post-launch reviews like haven’t helped, as the game has been pretty much panned across the board.

The comparison to other “games-as-a-service” titles like Destiny 2 and Warframe should also take into account that both games are currently free-to-play and have been for a while, so it’s not necessarily surprising that they’d have more players. Still, the figures do prove that Marvel’s Avengers is struggling to gain a foothold on Steam, when other games like it are still thriving. At the very least though, it seems to be doing better than Lego Marvel’s Avengers.

Lastly, it’s not unreasonable to assume that PC isn’t the main focus for Marvel’s Avengers, considering that Spider-Man will be added to the game as a PlayStation exclusive, meaning that anyone with multiple platforms who was interested in the game has likely made the decision to buy on PS4 just so they’re not missing out down the line. Time will tell on whether or not Marvel’s Avengers can turn its fortunes around, just like Destiny 2 and The Division before it, or if it’ll be another Anthem waiting to happen.