Life is Strange: True Colors: 8 Things You Should Know 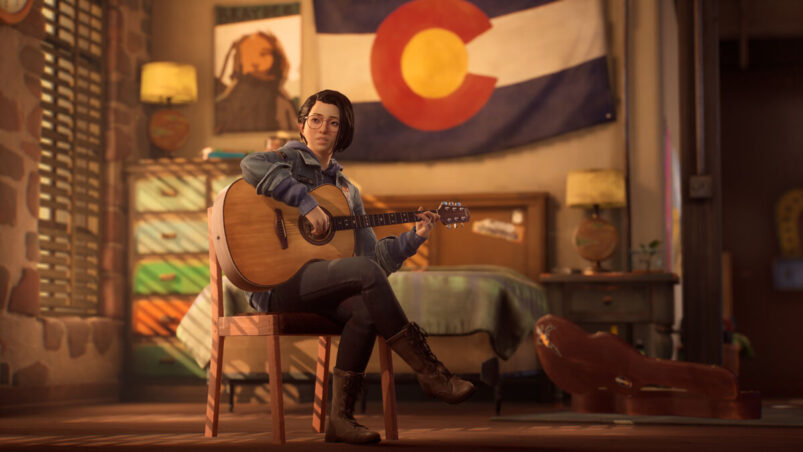 Life is Strange: True Colors is the next main entry in the popular graphic adventure series, featuring new characters, a new power, and location. Based on the footage shown at the E3 Square Enix presentation, it’s looking to be just as gripping and emotionally investing as former installments.

The game is mostly disconnected from past installments, so it’s a great place to start if you’re unfamiliar with Life is Strange. With a release date of September 10th for most platforms, you won’t have to wait long too.

As the launch is just around the corner, we’ve compiled a list of some things you should know about Life is Strange: True Colors that you might have missed.

1. It Has a Different Developer

Both the original and second Life is Strange titles were created and developed by Dontnod Entertainment, but they’ve passed the reins to Deck Nine in Life is Strange: True Colors.

Deck Nine previously worked on Life is Strange: Before the Storm, a three-part prequel to the original Life is Strange. It follows 16-year-old rebel Chloe Price and delves into more detail about her unlikely friendship with Rachel Amber.

Life is Strange: Before the Storm was mostly well-received by critics and fans, building on Chloe’s backstory and character development. It also dug into Rachel Amber’s life and her personal struggles to give a deeper understanding of her character.

Deck Nine has already proved themselves to be a solid developer in their own right, so Life is Strange: True Colors looks in capable hands.

2. Episodic Releases Are No More

All past installments in the Life is Strange series were split into episodic chapters released periodically, but that tradition is now a thing of the past. True Colors will have a self-contained story that you can experience in one go.

While the plot will still be split into episodic chunks, you won’t need to wait to play them all. They’ll be available right from the start in True Colors. Previous games often had you impatiently waiting a couple of months between each chapter, which could be pretty frustrating.

Life is Strange 2’s first episode, for example, was released on September 27, 2018. The fifth and final episode wasn’t released until December 3, 2019, well over a year later. Given that each chapter normally takes a couple of hours to complete, dropping the episodic model is definitely a good thing.

Now you won’t be forced to wait to find out what happens next in the story — you can start the next episode as soon as you’ve finished the previous one.

3. It Will Be Available On Nintendo Switch

For some reason, previous games were yet to make it to the Nintendo Switch, but that’s since been rectified. Not only will True Colors be coming to the Switch, as announced at E3 during the Nintendo Direct, but so will the Life is Strange Remastered Collection.

True Colors will arrive on Nintendo Switch on September 10, 2021, the same release date for all other platforms. There’s no confirmed release date for the Switch version of the remastered collection, but it’s expected to arrive by the end of this year.

Unfortunately, it’s still uncertain whether Life is Strange 2 and The Awesome Adventures of Captain Spirit will also come to the Switch. However, we’ll probably see both on the platform at some point as it would be odd to leave them out.

Alongside being narrative and choice-driven, Life is Strange games also feature supernatural themes, with each protagonist or deuteragonist possessing a “power”.

In the first game, Max Caulfied could rewind time, and Daniel Diaz had telekinetic powers in the second. It was also hinted that Rachel Amber had a power in Before the Storm that was seemingly linked to her feelings, especially anger.

True Colors keeps on with this tradition with Alex Chen having a psychic empathy power, which allows her to feel, absorb, and control other peoples’ emotions.

Each emotion is represented as a color-coded aura: blue for sadness, yellow for joy, red for anger, and purple for fear. Alex’s empathy power is key to unlocking more detail about the mystery surrounding Haven Springs, other characters, and even Alex herself.

Life is Strange games usually involve a thrilling mystery for players to solve, such as the disappearance of Rachel Amber in the first game, and True Colors offers a brand new one to uncover.

After moving to Haven Springs, Alex meets up with her brother Gabe in an awkward reunion. They haven’t seen each other for many years but hope to repair their strained relationship.

Unfortunately, like true Life is Strange fashion, before they have time to fully get to know one another, Gabe is involved in a tragic so-called accident that results in his death.

Alex senses there is something more to her brother’s passing and must use her empathy powers to unlock the full truth and the dark secret behind Haven Springs.

6. An Old Character Will Return

For the most part, Life is Strange: True Colors is a standalone game with a completely new cast of characters, but an old character will have a sizable role.

Not only is she one out of two romantic interests for Alex, but she’ll also have her own bonus episode titled ‘Wavelengths’. This extra content, which is only available for Ultimate and Deluxe editions of the game, lets you play as Steph and is set before the events of True Colors.

While Life is Strange: True Colors isn’t a direct sequel to past entries, it does take place in the same universe. Each game is connected in some way, and the return of Steph is a cool way to link True Colors to Before the Storm.

7. The World Will Be Bigger and More Open

Unlike past Life is Strange games, True Colors will feature a much larger world with semi open areas for players to roam. Previous titles featured fairly small locations, usually limited to a single outdoor area or building.

Although not considered an open world game, areas are bigger and less linear than prior installments. There’s a larger focus on exploration.

You’ll be able to freely wander the streets, alleys, and shops in Haven Springs to learn more about townsfolk and their individual stories.

The exact size of Haven Springs hasn’t been confirmed, but if gameplay videos are anything to go by, it certainly appears more expansive and emotive.

8. It Offers a More Personal and Unique Experience

Player choice is a main mechanic of Life is Strange games, with each decision you make changing the path of the story in some form. The choices given to you aren’t easy, with much of the games’ emotional impact stemming from the player’s actions.

The original Life is Strange didn’t have the most developed action/consequence mechanic. Before the Storm also suffered a similar fate.

It has two endings, as well as a secret ending depending on a couple of choices you’d made earlier in the game. Again, like the original, most of your actions didn’t hold much weight by the end.

Conversely, Life is Strange 2 offered a much more thought-out system. The game has seven endings compared to just two in the first.

In addition, more choices had a greater impact on the story, with even minor decisions shaping the events of the narrative and Daniel’s character.

True Colors extends on this further, with more choices for players to make, including two romantic interests and optional NPCs who all have their own stories.

There are other things to keep you busy outside of the main story. You’re not fixed to the primary narrative, unlike previous titles in the series.

You also have more customizable options to create a more personal experience. Alex has up to 24 outfits in her wardrobe, allowing you to have full control of her style.

With more choices to make, more characters to meet, and more clothes to wear, Life is Strange: True Colors gives you the opportunity to fully customize your gameplay to make it unique to you.

Life is Strange games already offer a new experience with each playthrough to test out different choices, but the replay value just got even bigger in True Colors.

READ NEXT: The Best PS5 Single-Player Games You Should Play