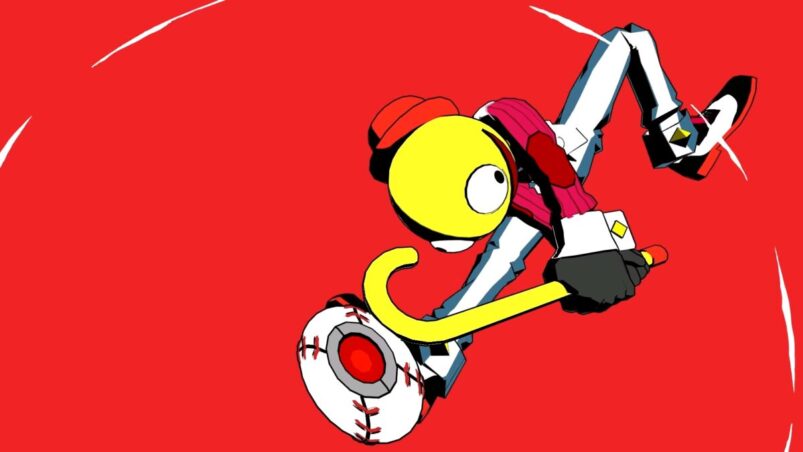 It’s another month, which means there’s another batch of Game Pass games coming that are competing for your time. The additions for the second half of July 2021 are plentiful, with games like The Ascent and the Xbox Series X | S version of Microsoft Flight Simulator all landing pretty soon. However, there’s one game that’s featured within the upcoming games that deserves to be recognised: Lethal League Blaze.

Developed and published by Team Reptile, Lethal League Blaze plays fast and loose with what it means to be a fighting game. Instead of lifebars and complex special move inputs to learn, Lethal League Blaze feels like a 2D version of the game Squash mixed with something like Super Smash Bros. Look, it’s a tough one to explain, but let me tell you: it’s absolutely incredible.

Up to four players compete in a small enclosed arena with a floating ball just waiting to be struck. Once a player hits the ball, it becomes a threat. Anyone who gets hit by the ball while it’s in motion is knocked out for the round, so your only option is to meet that threat head on and smack it right back. The rub is that every time a player hits a moving ball, the speed increases on an almost exponential level.

It takes a lot of getting used to, but when Lethal League gets rolling, it’s one of the most hype games to play and watch. Watching a ball pretty much break the laws of reality by reaching insane speeds, bouncing around the arena like the DVD logo has been downing 100% caffeine for 100 days straight, never gets old, but the real hype comes when someone manages to land a hit on a fast moving ball. Once the ball reaches a certain speed, there’s like a grim inevitability that sets in of “oh, the round will be over soon, there’s no way anyone will hit that”, so when someone does, it’s always incredibly exciting.

Then the next round starts with a slow ball that always catches people out. That’s just as funny.

The premise of Lethal League Blaze is simple enough, but there are different techniques players can utilise to get the drop on opponents, like bunts, which allow you to completely alter the angle of a ball’s trajectory with a follow-up hit. If the fast balls weren’t enough to contend with, each character also has their own special moves and abilities which can affect the ball in unique ways, or can allow the character to traverse the map differently to everyone else.

Lethal League Blaze is available on PC, PlayStation, Xbox and the Nintendo Switch, but I’m crossing my fingers that the Xbox Game Pass deal will give players the prompt they need to try one of the most exciting and underrated games out there — but that might be a big ask. Between the already mentioned games coming as well in July, along with the bevy of established multiplayer juggernauts on Game Pass like Sea of Thieves, GTA V and Forza Horizon 4, as well as upcoming games like Lemnis Gate and Back 4 Blood, Lethal League Blaze will always be against stiff competition 24/7 on Game Pass.

However, I’m hopeful that the game’s small size and pick-up-and-play, multiplayer focused nature will convince friends to play the game together, much in the same way that games like Gang Beats and Human: Fall Flat have found homes on Game Pass. If you can convince your mates to download Lethal League Blaze when it comes to Game Pass on July 29th, you might just have a blast.