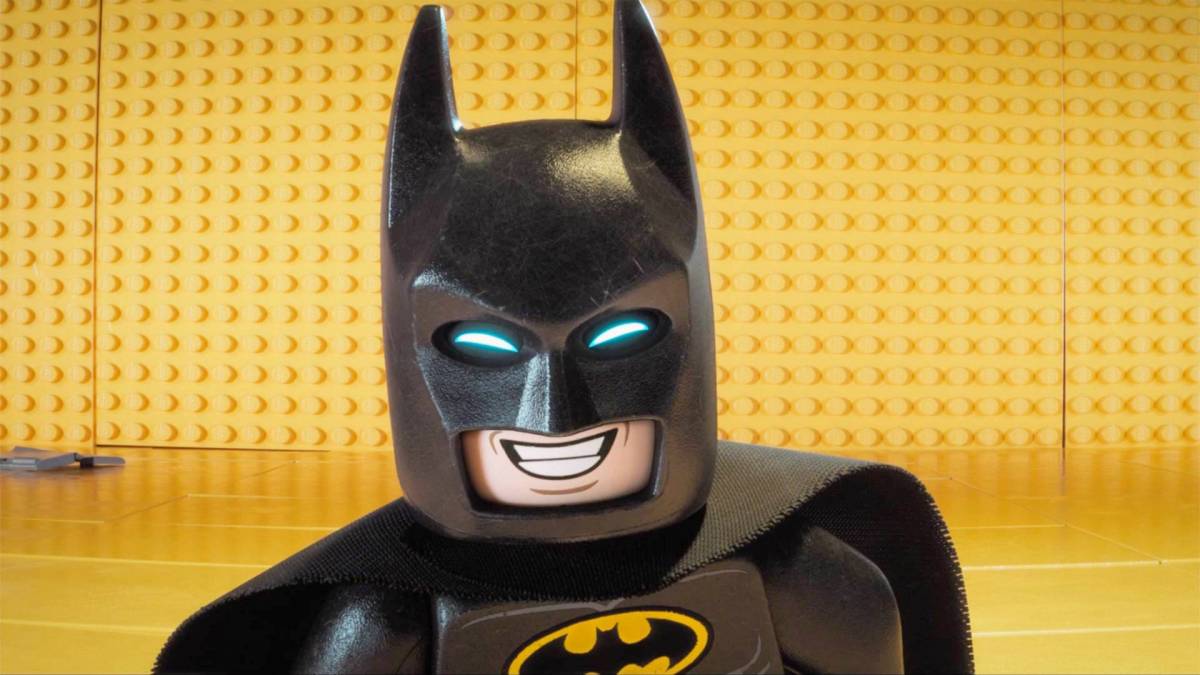 What does it say about the state of DC’s recent film releases that one of the best Batman movies since Nolan’s The Dark Knight is made entirely of plastic?

That’s right: The LEGO Batman Movie isn’t only a hilariously satirical look at the caped crusader, but also one of the best and deepest on-screen adaptations of Gotham City that we’ve seen in…well, forever really. True, perhaps something like The Dark Knight or even Batman V Superman shows the iconic city in a tone similar to Frank Miller’s now beloved portrayals, but The LEGO Batman Movie manages to introduce something we haven’t seen in this universe for a very long time – a sense of genuine fun.

From quite literally the opening logos that precede the film, we’re immediately re-introduced to Will Arnett’s unabashedly arrogant Batman as he narrates over how “Nobody knows what Ratpac does but their logo looks cool.” From here on we’re subjected to a consistently silly and self-aware tone that never relents, and the film is all the better for it. For example, there’s an opening action scene that showcases forgotten DC villains like Calendar Man and Egghead, but it does so in a way which is fully conscious of the fact they’re ridiculous and laughably awkward in a world which has recently become so obsessed with darkness and maturity.

A thousand one-liners and one comedic song later, and a plot begins to unfold: The Joker (Zach Galifianakis) has – of course – planned to take over Gotham City, and Batman must stop him. When the clown prince of crime surrenders himself to the newly appointed Commissioner Barbara Gordon (Zoe Kravitz) however, Batman loses his sense of purpose. How will he fight crime if there’s no crime to fight? The ensuing story is solid enough to give things a sense of momentum, and allows for many humorous moments which are much more clever and nuanced than the silly slapstick might at first appear.

I think that’s what’s truly commendable, really; The LEGO Batman Movie is incredibly intelligent in its satire, yet also bright and colourful so that younger audiences can enjoy the action alongside a witty script. There’s the more in-your-face laughs that come along with characters fighting one another, but then there’s also comedic undertones of relationship troubles which are paralleled by using the Batman’s relationship with Joker. All in all, clever stuff.

Unlike essentially every single other Batman interpretation, that take place in a vacuum, The LEGO Batman Movie constantly makes reference to all previous incarnations in a way which creates a solid timeline – cinematically, at least. This dates all the way back to the 60s Batman TV show, which provides many punchlines throughout the film’s runtime.

It might sound like I’m doing nothing but praising the movie, but that’s because there really is little wrong to find in it. It’s a harmlessly funny film which doesn’t go out of its way to offend or lecture, but instead just relishes in having fun with the source material. If anything, I’d say that the laugh-a-minute nature of the first two-thirds faces a stark change when more of a plot is introduced with the side characters, and this wouldn’t be so noticeable were it not for how thick and fast the humour is piled on up until this point. Once the characters are deepened through conversation as opposed to quips, it can feel slightly jarring to not be chuckling at a constant pace, but I don’t think this is enough of a detriment to advise against watching what is otherwise an incredibly entertaining film.

Verdict
In poking fun at the caped crusader and his iconic Gotham City, director Chris McKay has managed to make one of the best Batman movies in years. It's funny, intelligent, and absolutely brimming with references that hardcore DC fans will love.
8.5
Cultured Vultures is a pop culture website established in 2013 covering all things gaming, movies, and more. We eat your words.
All The News On The Biggest Games