How Lady Bird & Columbus Capture The Need To “Fly Away” 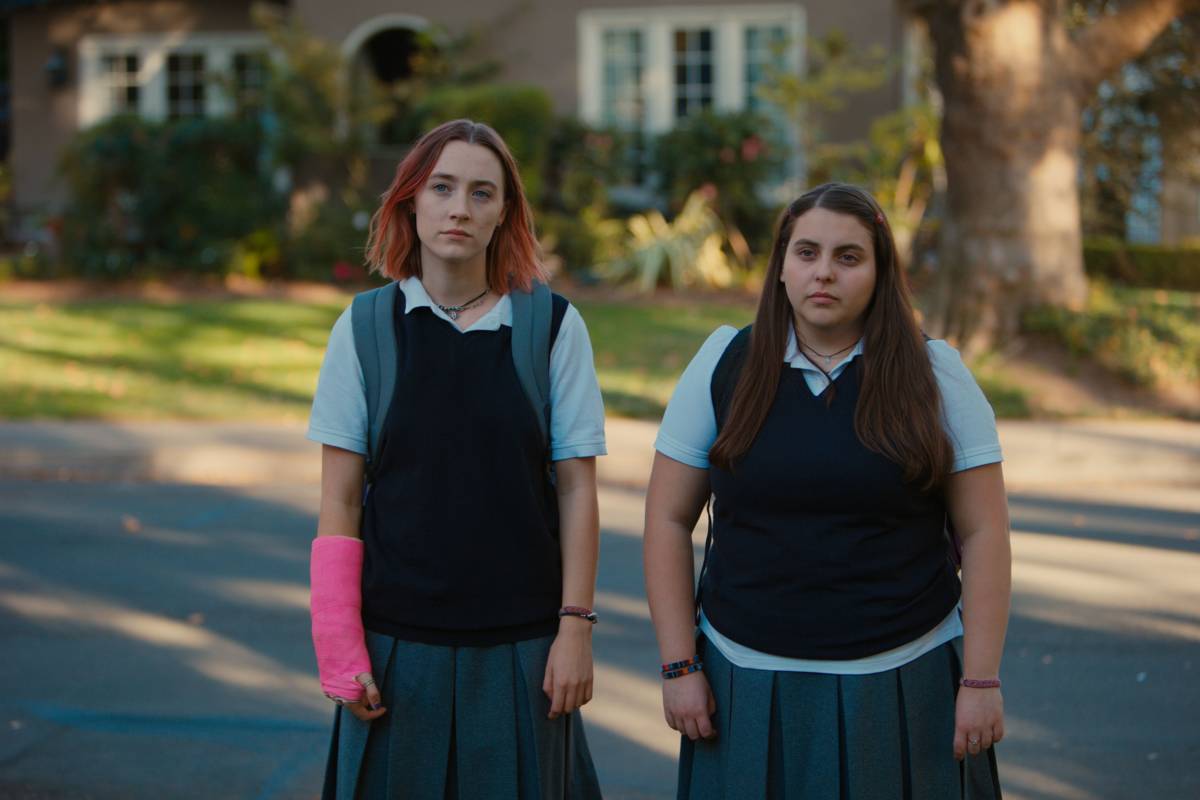 When you grow up in suburbia, it can go one of two ways. You either grow accustomed to that lifestyle because it offers tranquility and familiarity or you feel like you want to breakout because you feel like you’re trapped in a tight bubble and you want to escape the sameness that you fall victim to. I personally find myself on the second half of the equation.

While growing up in an idyllic small town my whole life has been slightly comforting, it has also been soul crushing as well. I’ve grown appreciative of the fact that I’ve always lived with a roof over my head and that I have a loving family. However, I still feel like I want to break free from the sameness in my day-to-day life. Back when I was in high school, I would talk about wanting to move to Los Angeles so I could live in a place where it’s summer all the time as opposed to living through the agonizing New England winters. I would even watch the glitz and glamour of the Oscars out in Hollywood and immediately feel the need to be a part of that world. Each time that I’ve traveled to New York City, I would immediately exhale the minute I step out of Grand Central because I would be in awe of how there is so much that the city has to offer.

Last year, I was thankful to have seen two films that perfectly capture the duality of my personal conflict: Lady Bird and Columbus. Two films depicting protagonists who live in a small town and, like myself, come from working class families. I may not share the same gender as the main characters in both films, but I can still identify with the need to escape and the fear of the big, bad world that both characters demonstrate.

I’ll start off with the character who captures the need to “fly away” and that is Lady Bird. Lady Bird is a character who, in general, is bored. Bored by her town life and even bored by her real name to the point where she has people call her “Lady Bird” instead of Christine. Adding fuel to her boredom is being faced with the likely scenario that she’d have to go to college close to home since her family is broke to the point where they can barely afford state tuition.

I was practically in the same scenario as her when I was in high school. I wanted to go out of state but I literally couldn’t because of my family’s financial status. So, I had to stay in state which bothered me at first since some of my fellow graduates were able to go out of state and see their dreams realized. But as I continued my education, I became content with staying in state since I got a good education and was a commuter. As a result, my need to escape hasn’t developed until now. Now that I’ve graduated college and am out in the real world, I want to be able to see more of it.

However, the ending of Lady Bird is a subtle indication that no matter where you might spread your wings, there’ll always be something that reminds you of home.

Lady Bird does end up achieving her dream of going to college on the East Coast. But one morning when she strolls through the city, she stumbles across a church that reminds her of her Catholic high school, which then brings her back to her quaint life in California. The culture of her community and the memories that she made all come flooding back to her. She doesn’t have to express her feelings through any dialogue. Most of her feelings are showcased in her eyes.

Most of the film is about Lady Bird yearning to get away and talking about how she’d rather live anywhere else but California. But with one visit to a church and a phone call to her hardworking mother, Lady Bird finds herself more appreciative of her upbringing. It might not have been a perfect upbringing since her parents only made enough money to make ends meet but they still managed to help her dream become realized.

However, while Lady Bird embodies the urgency to break free from one’s constrictions, the fear of what happens when one does break free is well realized thanks to the main character of Casey from the movie Columbus. Casey is someone who is content with her life in the small town of Columbus, Indiana thanks to its distinctive architecture and because it’s a place she’s proud to call home. But despite those around her reminding her of her potential to leave Columbus, Casey is still insistent about staying behind out of fear that her sick mother won’t be able to manage without her. Her eyes tend to demonstrate a sense of yearning and wonder, showing that deep down, she does feel a slight need to escape. Yet, her eyes contradict her rather hesitant demeanor.

As Casey becomes reminded of how smart she is and how she doesn’t have to confine herself to where she is, it reminds me of how people tell me the same thing. Some of my dreams are bigger than my small town yet what paralyzes me with fear is the uncertainty of what lies ahead. Not only that, but certain routines that I’ve become accustomed to would be gone. No longer would I be able to go to my local movie theater and bookstore two minutes from my house nor would I see my family as often. Much like Casey, how would I process being so far away from my family? The ones who gave my life foundation and shaped me into the person that I am today? Because we never get a glimpse at how Casey manages when leaving Columbus, that has me questioning whether she is still struck with the same paralysis that she felt during the film’s final scene.

Does Casey end up like Lady Bird and become reminded of home? When she stepped out of her car to go to college for the first time, did she get the feeling that I get when I step out of Grand Central? We never know, but I still want to break free like she does to draw my own conclusions.

The day I leave my small town, there will be a need to exhale like Lady Bird probably did but there will probably still be sadness and doubt which are feelings that Casey felt. I’ve been feeling like a big fish in a small pond and now I want to swim into the ocean.

Much like Lady Bird and Casey, I don’t know entirely what the world will bring. But the only way to know what possibly awaits me is to break free from my bbble.

I could not be more thankful to have seen Lady Bird and Columbus because seeing the two main characters brought to life on screen made me feel like I wasn’t alone in my conflict, even if both characters are fictional. Those two films hit, shall I say, close to home and there will be a place in my heart for the both of them.