Jane in Love: Jane Austen Chooses Between Love and Her Pen

An imaginative look at why Jane Austen may have chosen the writer life instead of marriage. 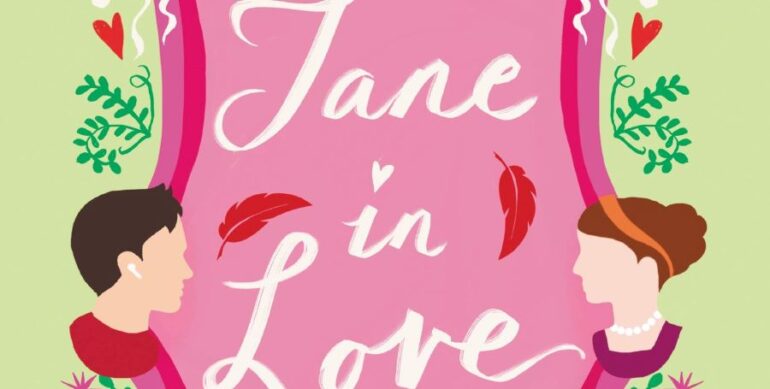 There is not a Lit major alive who doesn’t know who Jane Austen is, and if I ever find one, they will be forced to eat a shoe. While we enjoy Jane Austen’s novels now, there is so much we don’t know about her personal life. We know something of her family life; her brother’s marriage to Eliza, Cassandra’s ill-fated situation regarding her fiance Tom, who passed away on a trip to the West Indies, as well as her family’s financial plight. Austen’s personal life, however, is ever the enigma, and while she never married, we don’t really know why. She did accept and then reject an offer from Harris Biggs-Wither, so there was the opportunity for her to do so, and yet, she decided to walk away.

This has led many to speculate that Austen chose to live by her pen, which meant that there was no room for marriage. While we may think the two don’t necessarily have to be exclusive, in Austen’s time, it would be difficult to find a husband who would be able to tolerate a novelist wife. It also begs the question: how did Austen manage to write such great romances if she herself never experienced one of her own?

Rachel Givney’s Jane in Love thus imagines a romantic encounter for Austen, but unlike the fictional spaces of Becoming Jane, which teases the possibility of a romance between Austen and a real historical figure like Tom Lefroy, Givney imagines a whole new scenario, which is Austen falling in love with a man from the 21st century. How would this even be possible? Well, with a little bit of magic and time travel.

When we meet Jane, she isn’t sure she has a future in writing, nor in love. Her novel First Impressions had been rejected, and one of her possible suitors ended up flaking on her, so she seeks out answers regarding her destiny, which leads her tumbling into the future. It is there she meets siblings Fred and Sofia Wentworth. Much of the hilarity present is definitely reading about Jane trying to navigate the 21st century, and Givney truly fleshes out how to someone like Jane, technology seems almost magical. The problem is, Jane finds herself stuck here, without any means of returning, and the more time she spends in this time period, the more she starts to disappear from history. She does find herself in quite the conundrum, because she is drawn to Fred the moment she lays eyes on him, and there is a quiet romance between the two that I quite enjoyed.

While Jane is supposedly the main character, the novel does feel just as much Sofia’s as it is Jane’s. Sofia agreed to be a part of a film adaptation of Northanger Abbey because she thought it would bring her closer to her estranged husband, who is the film’s director. She also finds herself struggling with her age, feeling cast aside for younger, more seemingly beautiful actresses. Weirdly enough, Sofia felt the more relatable figure, and we seem to spend more time with her than Jane. By Givney shaping her novel in such a way, it does feel like a bit of a callback to Sense and Sensibility, where both Jane and Sofia learn from each other and discover where they need to end up. It is quite the easter egg extravaganza, since just like the Northanger Abbey and Sense and Sensibility references, Austenites will find echoes from Austen’s own novels embedded within Givney’s novel.

However, in the end, we know how this novel must conclude, in a way that is most unlike the ending of an Austen novel. Jane needs to make a decision, but it’s a decision she always knew she would make. Falling in love is wonderful, but if you have ever been a writer or creator, there is nothing quite like the satisfaction of knowing the impact your work will have, and for Jane, this impact is a sizable one – impossible to relinquish. I lament the loss along with Jane, but celebrate her choice and agency, which are perhaps far greater things than the possibility of romance.