It is a truth universally acknowledged that a good Jane Austen adaptation must be watched more than once. 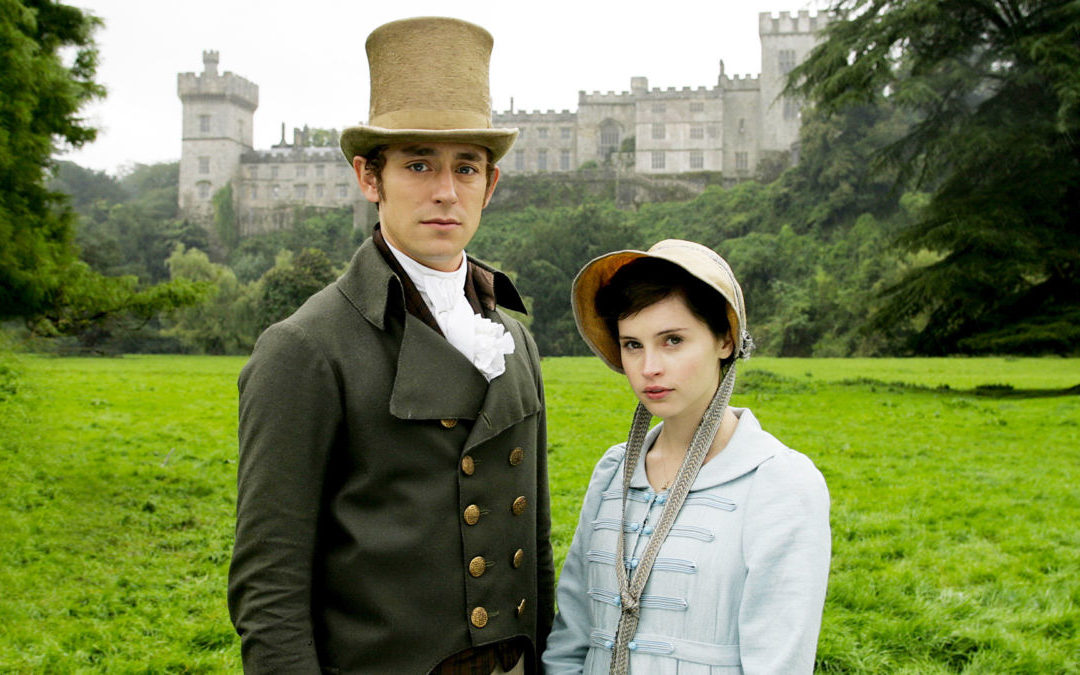 In honour of the latest Jane Austen’s adaptation, Focus Features’ Emma, I thought what better way to celebrate the wonderful, glorious world of Jane Austen than by looking back at the world of film’s attempt to capture her brilliance into moving images. The fact that we are in the year 2020, and studios are still adapting Jane Austen, just proves the continued enjoyment and entertainment her works accord.

I can safely say that I have watched any Jane Austen adaptation at least once, and for some of them, I still go back to obsessively rewatch some scenes. This list will strictly be about film, as much as I would love to include 1995’s BBC series of Pride and Prejudice. I am also looking at movies inspired by Austen’s source material, as well as modern adaptations.

The premise of the Jane Austen book club sounds like what my fantasy would be: A group of people coming together to read Austen. Every month they dive into a different book, and of course as it often is in movie world, the themes of the book they are discussing are coincidentally relevant to the events going on in some of their lives.

It’s all quite light and frothy, but the ensemble is what truly pulls it together, making book club seem so effortless and fun. There’s also a pre-fame Emily Blunt in it, so you know it’s quality stuff. The movie truly reminds one of the impact and influence of Austen, and never to underestimate the power of a well-written letter.

The options are a bit dire with Mansfield Park, because there’s this version, where Fanny’s characterisation isn’t exactly true to book, and then you have the 2008 version with Billie Piper, whose Fanny runs around like a child. So if I have to choose one, I am going with the 1999 version, because of Jonny Lee Miller, who is perfection as Edmund Bertram.

Frances O’Connor might not have been what I envisioned of Fanny, but I absolutely believe in the chemistry she shares with Miller’s Edmund. It also had the guts to go into the slave plantation bit of the narrative, as well as the salacious aspect of Maria Bertram’s and Henry Crawford’s entanglement.

By the looks of things (based on trailers and feature clips), this recent offering of Emma might end up being my favourite. But as of now, that honour remains with the 1996 version of Emma. There was a version with Kate Beckinsale, but as wonderful and charming as she is, it was too odd to see her opposite Mark Strong as Mr Knightley – just a very mismatched pair.

Paltrow’s version gets Emma right. The colour palette of the movie, the characterisation of Emma (well-meaning but can be quite judgemental) and of course Mr Knightley is played with aplomb by Jeremy Northam. When he scolds Emma, you see his maturity and age, while Mark Strong feels more like a father scolding his daughter, which is just disturbing on many levels.

Before Sally Hawkins was getting it on with a fish-man in The Shape of Water, she played Anne Elliot in 2007’s Persuasion. Out of all of Austen’s books, Persuasion is criminally underrated. It is a book about missed opportunities and second chances.

Anne Elliot was persuaded (hence the title) to reject Frederick Wentworth, and finds herself repenting that choice years later. Both Hawkins and Rupert Penry-Jones deliver wonderful, moving performances. I never thought running in the street could be romantic, but this adaptation proved me wrong.

I know that Anne Hathaway’s British accent isn’t great, and that this isn’t the most historically factual Jane Austen bio to walk the earth, but I can’t help but love it, mainly because of James McAvoy as Tom Lefroy. The library scene, where he reads from a book describing some amorous birds of prey, is combustible stuff. The dancing is wonderfully romantic too.

A lot of it is speculative, based on a relationship that may or may not have existed, but it’s nice to think about the possibilities of Austen’s life, for how did she craft such wonderful love stories if she didn’t experience some passion of her own?

Clueless is the perfect example of a modern adaptation done right. Like Austen’s Emma, it offers commentary on social spaces. In this case, the space of high school is a replacement for the social class politics in Emma. We see Cher (Alicia Silverstone) give Tai (Brittany Murphy) a makeover to attract a popular boy, to parallel a similar move done by Emma, in order to improve Harriet Smith’s chances of snagging a man of higher status than her.

It was wonderfully funny and the cast is wonderful. Alicia Silverstone is equal doses naive, cunning, and kind. We have a young Paul Rudd as the Mr Knightley character, so that is quite a treat to sit down to. The main draw for me is the fashion, and while I will never have the daring to wear clothes like that, it lends an iconic aesthetic to the movie.

There are times I forget that Bridget Jones’ Diary is an adaptation of Pride and Prejudice, and I think that just speaks to its strengths. There are some similarities of course, like Colin Firth’s Mark Darcy is Fitzwilliam Darcy in every way (this is why Colin Firth will always be Mr Darcy to me), with Hugh Grant’s Daniel Cleaver as a reference to Mr Wickham.

But Bridget is really a character all her own. Yes, she is bubbly and vivacious like Lizzy, but she can be quite bumbling as well, always getting herself into social snaufus. If you love a good laugh and want to see Colin Firth as Mr Darcy again, then this movie is for you (there are 2 other ones in the series to look forward to as well).

For an adaptation of Pride and Prejudice, there seems to be a little too much mud. But that certainly adds to the aesthetic and atmosphere of the film, and at a runtime of 2 hours 9 minutes, it must be applauded for being a more than serviceable adaptation of the novel.

This version of Pride and Prejudice focuses more on the romantic spaces of the novel, filling the film landscape with romantic declarations in the rain, ballroom dancing that feels so intimate, with actors more than ably capturing the essence of these characters.

Matthew MacFayden as Mr Darcy should definitely be lauded, for distinguishing the role as his own, and not merely mimicking the actors who came before him. He makes quite a romantic leading man out of Mr Darcy, while maintaining that arrogance so essential to the character.

All you need to do is look at the cast for this film, and you will understand why it is near the top of my list. You have Emma Thompson and Kate Winslet as Elinor and Marianne Dashwood, Hugh Grant as Edward Ferrars and Alan Rickman as Colonel Brandon. Watching all these talented actors handle Austen’s characters with such poise is such a treat.

The way Rickman plays Colonel Brandon completely sells the idea of why Marianne would choose him in the end despite their age difference. “Give me an occupation, Miss Dashwood, or I shall run mad”, he says, with such heartfelt passion and devotion, instantly making me a Colonel Brandon fan for life. 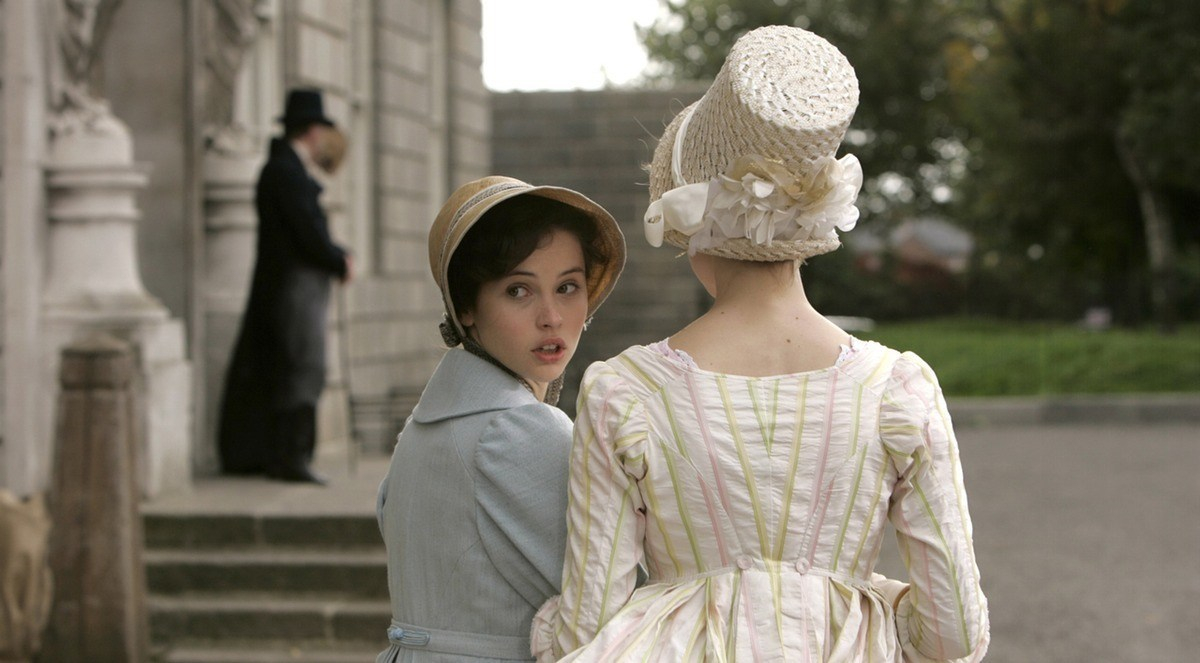 Finally, we are at the very best Jane Austen adaptation on the list, and it’s not even one of her better known books. I have always had a soft spot for Northanger Abbey, mainly because it was written as a response to all those torrid Gothic novels, and has a wonderful heroine like Catherine Moreland, who has such a lively imagination.

Felicity Jones is perfection as Catherine, capturing her innocence and her naivety with such skill. Her chemistry with JJ Feild, who plays Henry Tilney, is just the stuff of dreams. Feild also plays Nr Nobley in Austenland, a movie I only enjoyed because of him (it is a bit too high on the farcical to be a proper adaptation of Austen’s works).

Northanger Abbey also has one of the cutest first kiss moments, appropriate to the tone of the movie, as well as in line with the characters of the novel (if they were allowed to go as far as kiss).

Enjoyed this rundown of the best Jane Austen adaptations? We have more movies for you to check out below:
– 15 Best Horror Movies on Amazon Prime
– 15 Best Asian Horror Movies You Should Watch
– 20 Best Romance Movies on Netflix