We can't all have Heathcliff or Mr Darcy, but with these period drama heroes, would you even want to? 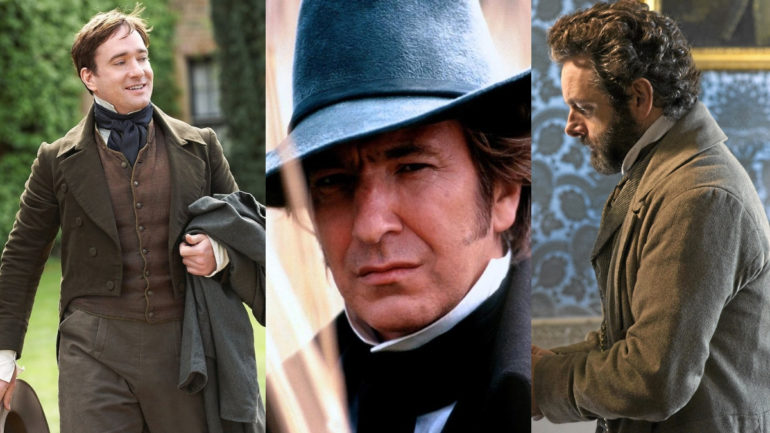 Period dramas are responsible for a lot of good things, both in the books they usually are adapted from, and the TV shows or movies they inevitably become. There must be a reason that so many of them have been made for the screen, after all. Is it the rolling scenery, the beautiful costumes, the improbable but usually charming stories? For my money, I’d say the main appeal of such period pieces are the characters, who are larger than life. And none is more appealing to a certain kind of reader/viewer (i.e me) than the period drama hero, who sweeps in and steals hearts with a mere raise of his eyebrows.

Of course, you have your different type of hero. There’s the Heathcliffs of the world, the bad boys who don’t so much sweep anyone off their feet as knock them over. There’s the Darcys, the guy who starts off as a bit of a bastard to cover for often surprisingly crippling social anxieties. They both have their charms, these BNOCs of the period drama scene. But there’s another sort of period drama hero – the underrated ones. Some of them are ultimately successful in their romantic pursuits. Some of them aren’t. Some of them are cinnamon rolls. Some of them are more complicated. But the thing they have in common is that they all deserve more love than they get from fans of the genre. 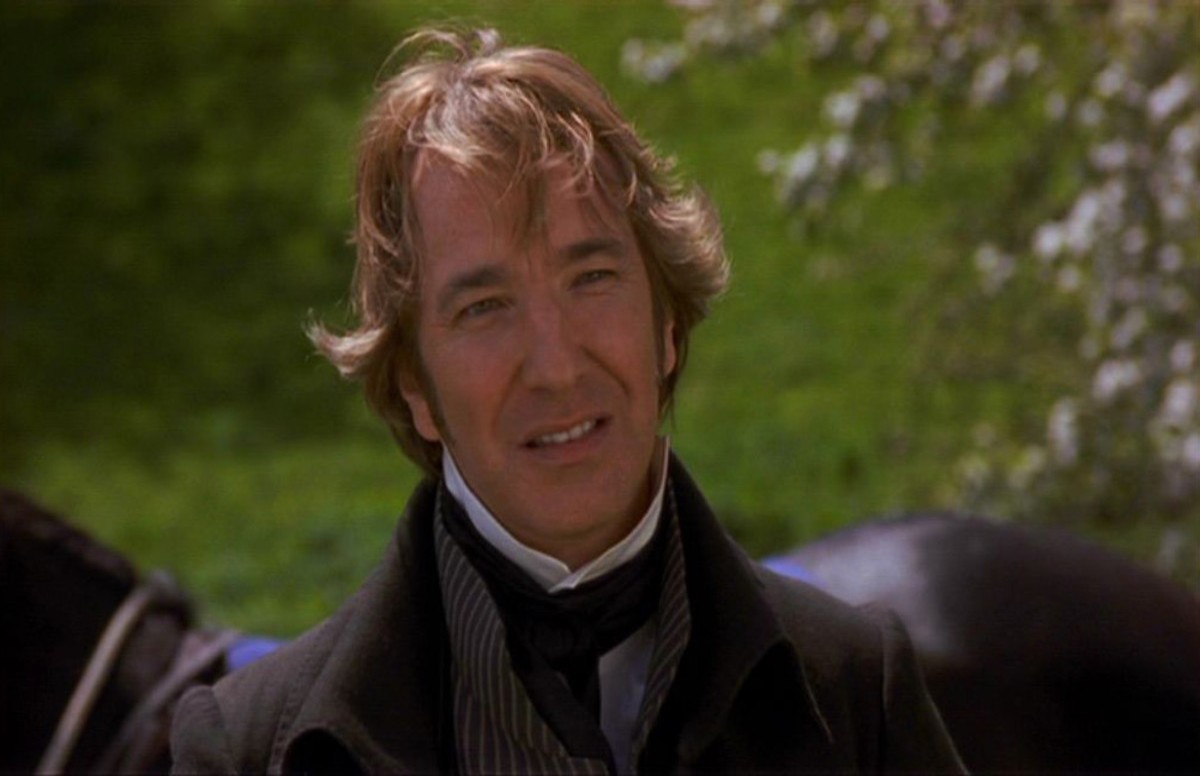 Ask any Jane Austen fan and they’ll probably mention Brandon, but I’ve heard few people name him as a favourite. He’s less flashy than a lot of Austen’s romantic heroes, and he isn’t even the lead in his own novel – that honour goes to Edward Ferris. But what Brandon lacks in stardom, he more than makes up for in his character. At the start of the book, he’s quiet and reserved, but not rude with it like Darcy would be. He’s even – gasp – on the ‘wrong side of 35’, which renders him useless to Marianne Dashwood, the woman who will eventually fall in love with and marry him. But as the story goes on, we see that he’s quietly devoted to her, thoughtful and interested in her music. He’s also nursing a broken heart and protective of his ward who was the illegitimate child of his first love, and he conducts himself in all these affairs with a great amount of dignity.

Brandon seems almost out of place in an Austen novel because he doesn’t have the huge sweeping emotions of many of her characters – instead, he appears to be a thoroughly decent and very kind normal sort of person. Marianne changes her mind about him by the end- he carries her through a storm! He buys her a piano! – and you’re glad for it. You just know that she’ll have an excellent life with him, and there’s never a doubt she will be treated like a queen. 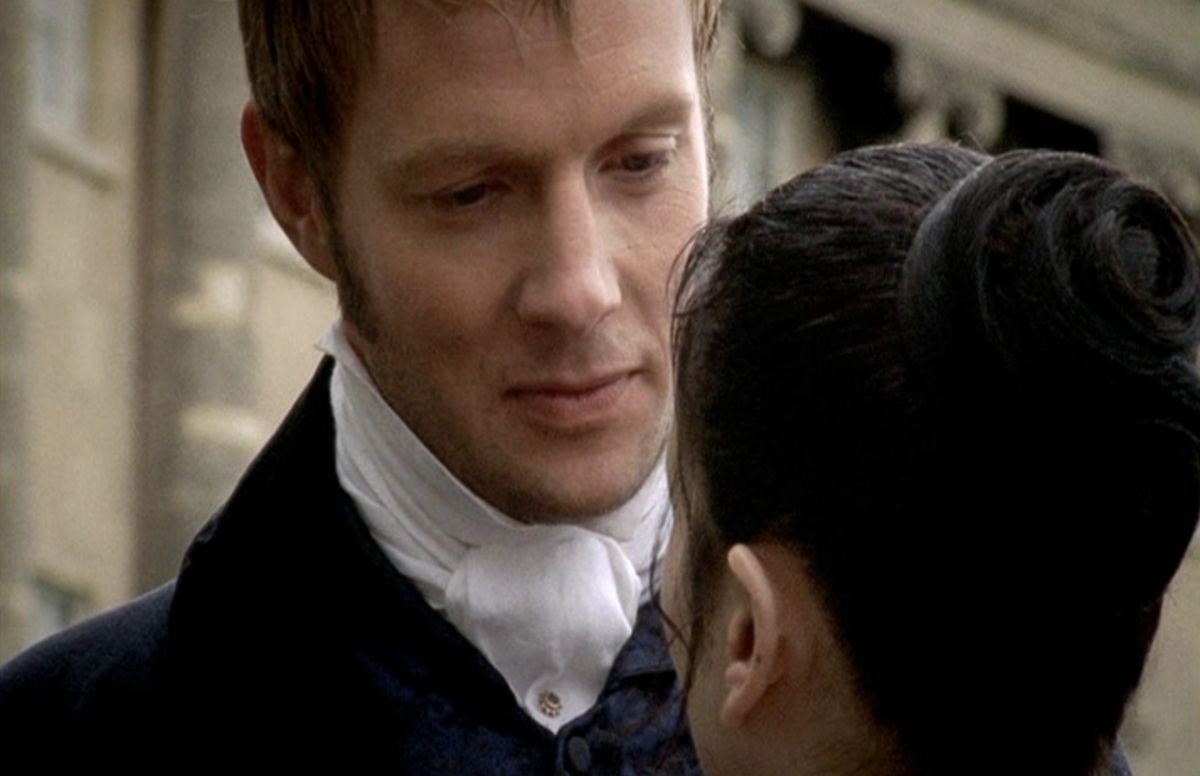 These won’t all be Austenian period drama heroes, I promise. But I had to include Captain Wentworth, partly because I also wanted to talk about Persuasion, which is Austen’s most underrated novel. Persuasion is a very grown up story – Anne Elliot, our heroine, is older than any other of her heroines, and she also conducts herself with a great deal of maturity. Unlike the other Austen heroines, she’s already had her love story, and begins the novel sure that she has lost the object of her affections forever. She was not allowed to marry Wentworth, and he has not forgotten it. Their meetings throughout the story are painful and full of hurt, until they are finally able to find their way back to each other.

Captain Wentworth is, like Brandon, a very decent man. He’s also worked very hard for what he has – he wasn’t born into the wealth that comes with being a gentleman. He earned it all with his bravery at sea. He’s sociable and kind, and learns from his one mistake, which is to hold a grudge against Anne for denying his first proposal. He writes her a swoon-worthy declaration of love once he realises that he’s been wrong, which puts a lot of other literary men of the time to shame. More than any other Austen duo, he and Anne feel almost like equal partners, who know each other very well by the time they enter into their eventual marriage. Their life will, you are certain, be a very happy one. 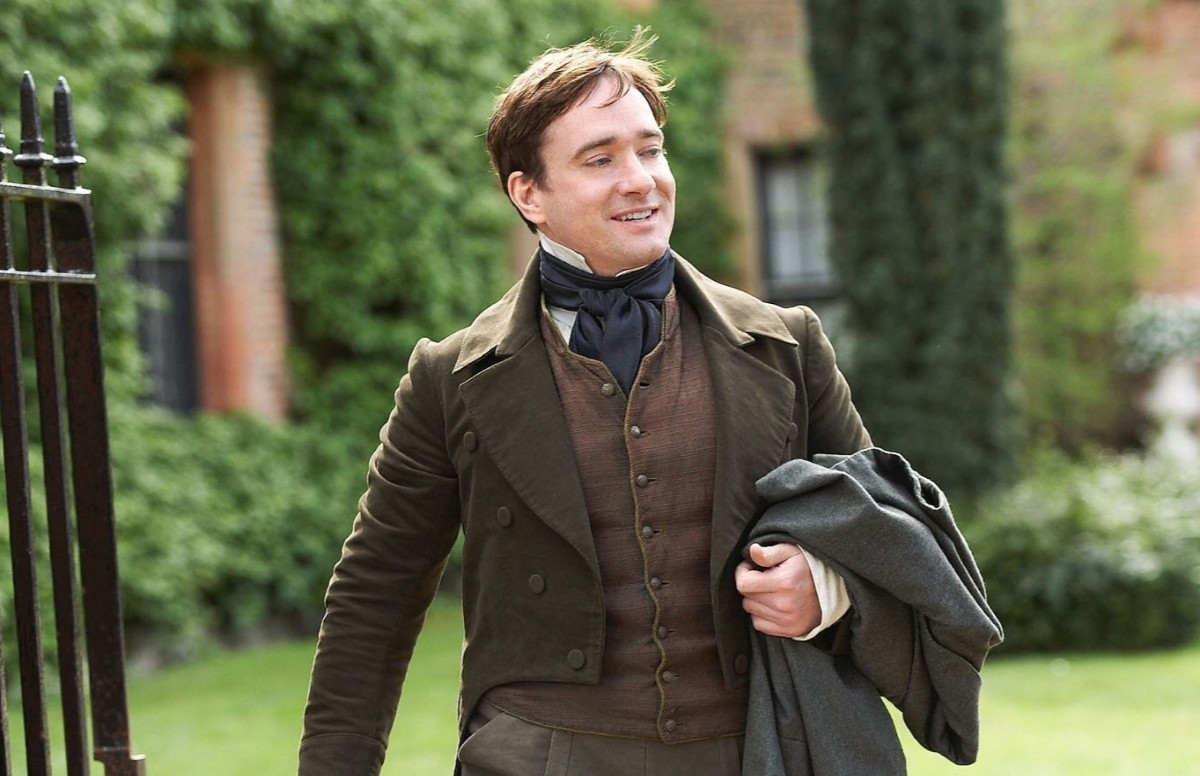 If there’s one thing that Charles Dickens was good at doing with his billions of words of writing, it’s building character portraits. He had a lot of pages to do it in, after all, and some of his characters are ubiquitous – think Scrooge or Fagin or Miss Haversham. For a period author, he doesn’t have too many of the ‘romantic heroes’ type, at least not any that jump out as being obvious. Which is a shame, because he wrote some great ones. One of the best, for my money, is Arthur Clennam in Little Dorrit. The novel is mostly set in a debtors’ prison, where the titular Amy Dorrit lives with her father. Amy earns money as a seamstress for Mrs Clennam, Arthur’s mother, and it is here that Arthur first meets and falls in love with Amy.

He’s a very kind man – are you sensing a theme here? – who has returned from business overseas and works to free Amy’s father from prison, getting himself into debt along the way. What makes Arthur remarkable is that his mother is a very cruel old woman, mean with her money, which makes her generous and gentle son seem a bit of a miracle.

4. Jeoffrey de Peyrac – Angélique, the Marquise of the Angels 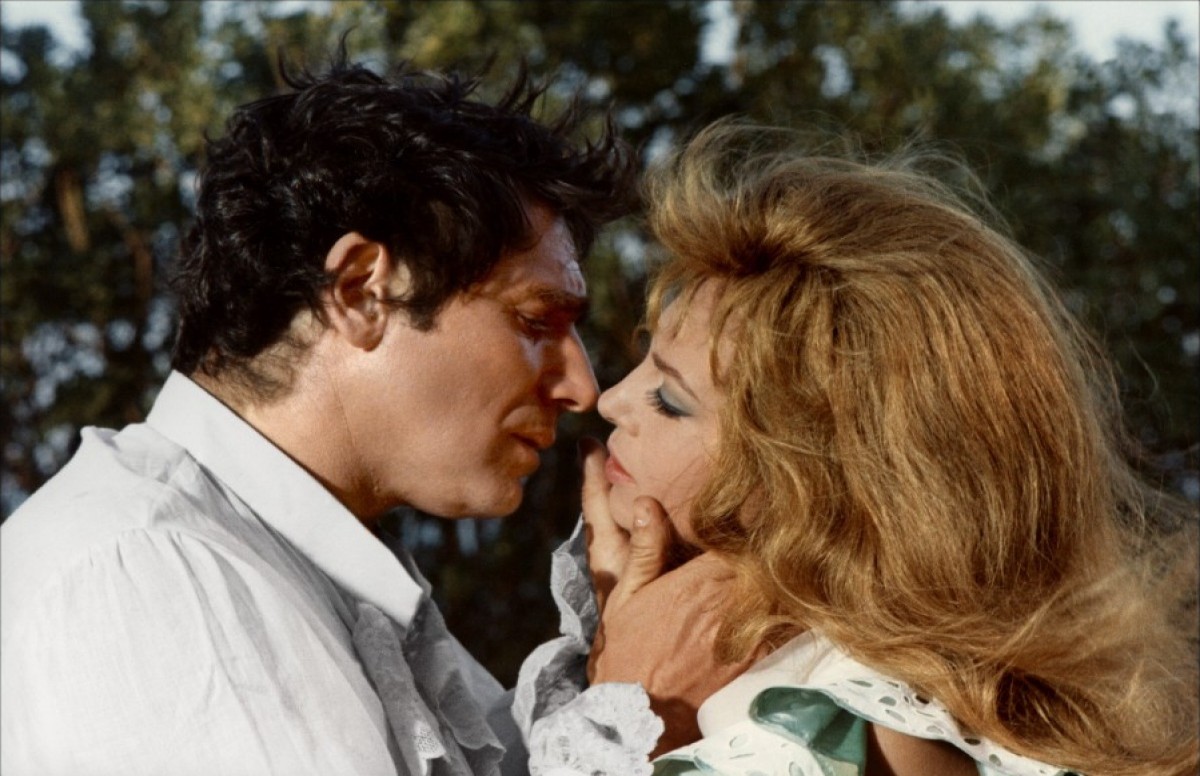 I’m going to come straight out and say that this guy is definitely underrated in English speaking circles, but I’m not certain if I can say the same thing of Europeans. They might have much better taste in their period drama heroes. He’s a bit of a dark horse on this list, but variety is the spice of life, and we English speaking people should definitely be more inclined to try out media that is big on the continent. We’re missing out on a lot. The Marquise of the Angels is the first in a series of wild French books that have been adapted into movies, following the life of the eponymous Angélique. She has a lot of adventures, not limited to refusing to become the mistress of Louis XIV, being captured by pirates and joining the harem of the King of Morocco. She has a very exciting life, is what I’m saying.

But in the very first book, she marries Jeoffrey de Peyrac, a much older man who is scarred and injured from battle, but also thought to be a wizard (I said they were wild!). Angélique agrees to the marriage for political reasons but refuses Jeoffrey’s advances. And he, unlike many a 17th century man, accepts her decision and never forces her into anything she doesn’t want to do. Instead, he’s gentle and kind to her, and shares his interests of music and science with her, until she is surprised to find that actually she is in love with him after all. When he is accused of treason, Angélique tries to single handedly fight the French court for his life. He is a fundamentally good man, and they have a very healthy, loving relationship. 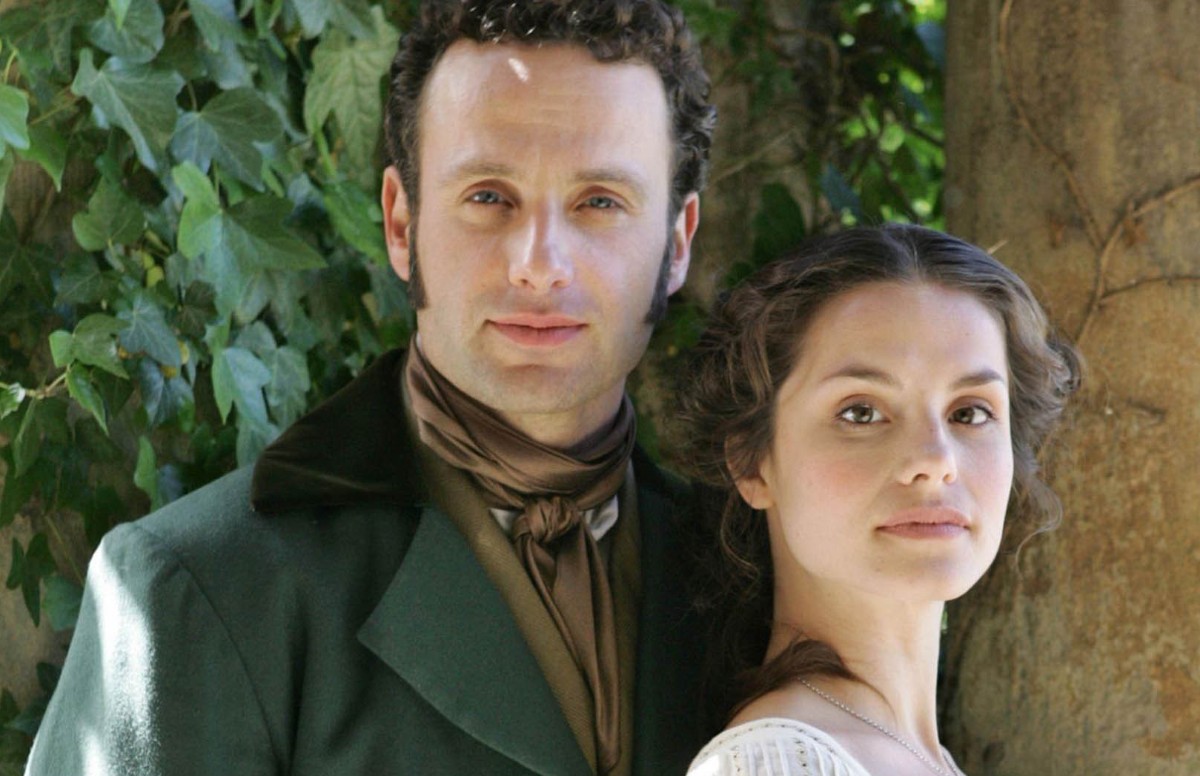 Poor Edgar might be the most maligned of any hero on this list. He’s the only one I’ve ever heard referred to directly as ‘boring’, but can you blame him for seeming so when he’s been set up as the foil to the completely erratic and terrible Heathcliff? I don’t think so. I’m not necessarily judging anyone who’d prefer Heathcliff to Linton, but I do have to say – there’s plenty of bad boy period drama heroes out there who aren’t also probably clinically certifiable as psychopaths. Just saying.

Linton is a very good soul, gentle and tender, who loves his wife Cathy despite her obsession with Heathcliff, and also loves his daughter very much (also Cathy). He’s a gentleman, brought up in a good house, and unfailingly kind. He’s described as ‘weak’ in comparison to Heathcliff, which is a bit unfair, like saying a human is weak in comparison to the tiger trying to rip their throat out. Edgar doesn’t get the happy ending that a lot of the heroes on this list get, but he never stops trying to make the life of his daughter better, and wants to look after his nephew Linton so that Heathcliff can’t get to him. Far from being boring, Edgar’s only crime is to be Heathcliff’s exact opposite. 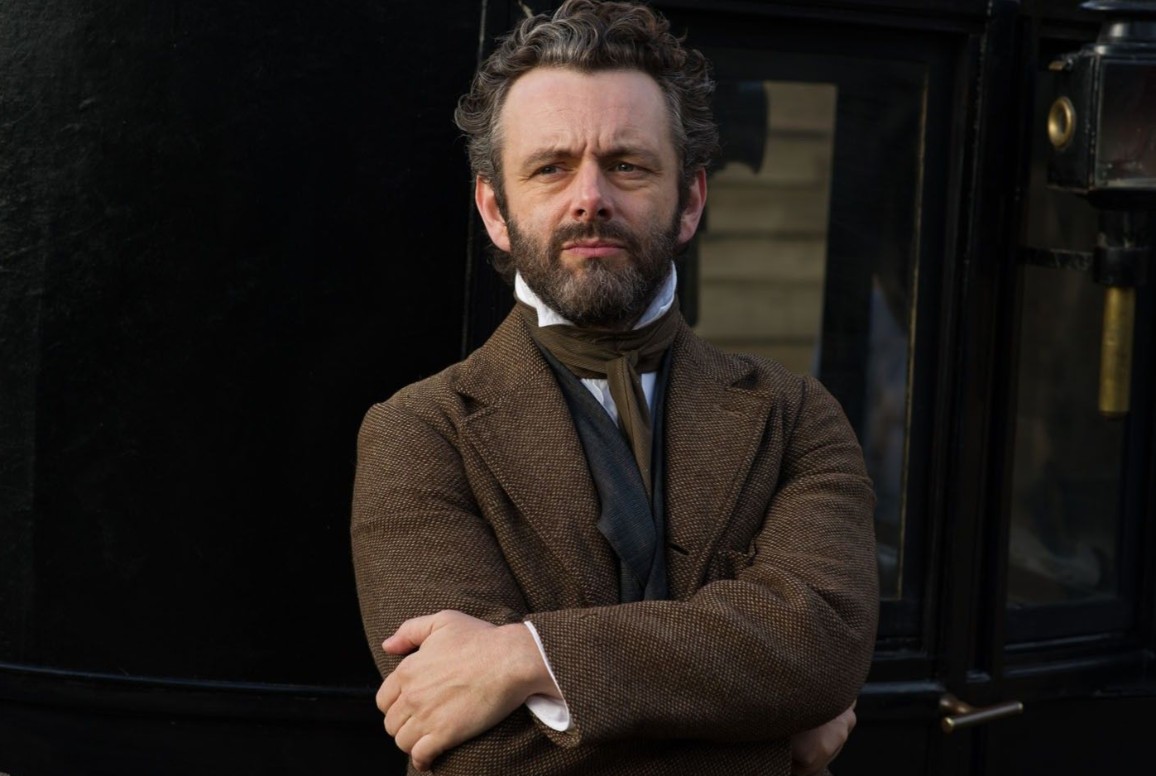 I have a complicated relationship with Thomas Hardy, but I suppose you can say he was an equal opportunities author – none of his characters are having a particularly good time. One of his most unfortunate – and one of the most unfortunate period drama heroes – is William Boldwood, suitor two of three to Bathsheba Everdene in Far From The Madding Crowd.

Boldwood is an older single man, wealthy and polite – if a little bit aloof to begin with – who falls in love with Bathsheba and reveals himself to be very kind and gentle. He wishes to marry her for her companionship, and promises she neither has to give up her own farm, or give him any part of herself that she does not wish to give. He will look after her for the rest of her life. It seems like a good deal for Bathsheba, who has shown no inclination to marry at all, but knows she must eventually (sign of the times).

Eventually though, she picks the Heathcliff style suitor number three, Frank Troy, to marry, instantly regretting her decision. When he dies, it looks for a while that maybe she will accept Boldwood after all. I won’t spoil why in the end she marries suitor number one, Gabriel Oak, instead, but I will say that if you know the story, you’ll surely agree with me that Mr Boldwood has a very sad and unfair ending, but also one that shows you he is a man of his word. He will indeed do everything in his power to protect her.