“You must allow me to tell you how ardently I admire and love you.” 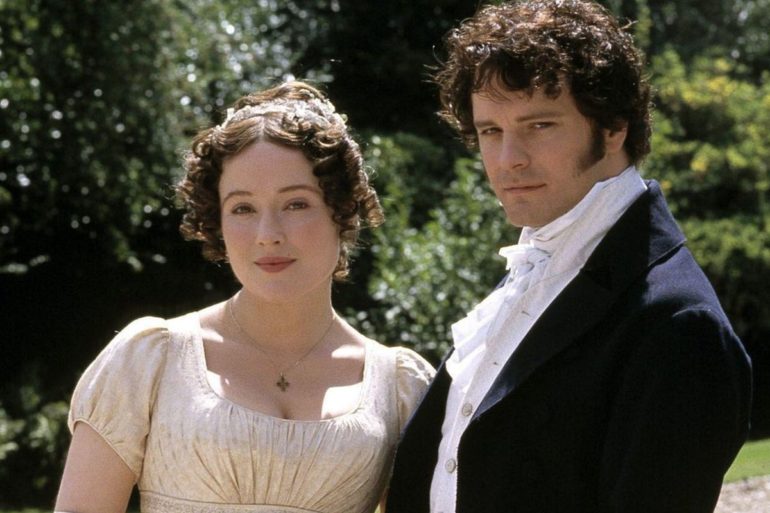 Since Matthew Macfadyen’s Mr Darcy (and his hand flex) received some representation on our site, it would be remiss of us not to throw an article in the ring for Colin Firth’s Mr Darcy, who brought to life a literary character swooned after by many, but only caught by one. Don’t worry, she’s fictional too.

I have revisited Jane Austen’s Pride and Prejudice many times over the years, for her exemplary wit, humour, and mainly for my love of Elizabeth Bennet, whom I consider my literary best friend. In the novel, it’s clear why Lizzy eventually falls in love with Mr Darcy, since we are following the story from her perspective, but Mr Darcy’s intent is not as clear until the first marriage proposal scene. We are as taken aback as Lizzy is, because wasn’t he just proclaiming that she isn’t “handsome enough to tempt” him?

This is the space the 1995 adaptation of Pride and Prejudice attempts to fill up, inviting us into the interior of Mr Darcy’s mind so we can see for ourselves how the infatuation started, and his struggles in having to deal with it. The best thing about these created moments is that it never dilutes the source material in order to have them. Interestingly, Darcy is always submerged in some body of water during these moments. In one scene he is taking a bath pensively, and upon emerging in a glorious sight of sparkling water droplets, he wraps himself up to peer thoughtfully through the window, only to see Lizzy directly in his line of sight.

There is a tinge of a smile as he watches her play with the dog, and you can almost see his thoughts as he admires this show of playfulness. And of course there’s the infamous lake scene, where after a session of vigorous fencing in London that has done nothing to cool his ardour, Mr Darcy simply cannot take it anymore. He must cast off some of his clothing and plunge himself into the cool depths of the lake. There is such vulnerability on display here, where he knows he should give up his passion for Lizzy, since she has rejected him most devastatingly. Yet once again she is there, in the flesh, the one who has been tormenting him emotionally.

It is an awkward moment for the both of them. For Lizzy, she is caught visiting the grounds of a man she has rejected, who she was assured wouldn’t be there. And for Darcy, he is a state of undress in front of the woman he has bared his heart to. They can barely manage a proper conversation (Darcy asks after her parents’ health twice), before he quickly excuses himself to hurriedly dress so that he can greet her properly. There is such a dismantling here of the arrogance he has always embodied, allowing Lizzy to see that beneath his proud assertions of her inferior connections, he also has a side that maybe she has not been privy to.

Visiting Pemberley allowed her to attain a glimpse into his life, where we see the servant speak highly of him, and the grounds themselves are so beautiful that they can’t help but reflect something about the man who lives there. After all, the spaces that we live in symbolise some sense of our personal selves. So, it would seem that if Lizzy is enchanted by Pemberley, then is she gradually becoming enchanted with the man who owns the space? It is no coincidence that Darcy asks about her opinion on Pemberley, and seems renewed with a kind of optimism when she responds favourably.

In Firth’s portrayal of Darcy, he lets his eyes and his body language do all the talking for him, which is apt considering Darcy’s consistent front of decorum. We need a way to see past all that posturing layers to what is beneath, and Firth makes it so easy for us. There is this particular scene, where Lizzy plays on the piano, and Georgiana helps her with the pages. Lizzy is certainly far from adept in her playing of the instrument, as she herself claims, yet he looks at her absolutely riveted because of her easy engagement with his sister.

Later on, when Miss Bingley brings up Wickham in order to embarrass Lizzy, her concern wasn’t for herself, but for his sister. Firth speaks to us through his expressions, where he seems to be thanking Lizzy for her assistance to his sister, and at the same time, adoring her with his eyes. For the first time, we see Lizzy entertaining his advances, returning his burning looks with same fervour. How is there so much poetry in a mere gaze?

It is a difficult thing to create intimacy without any physical touches, embraces or ardent kisses, yet Firth and the lovely Jennifer Ehle carried their performances with such perfection. This adaptation will always be my favourite one, for it allows me to see both Darcy and Lizzy in equal doses, and only adds to my love for Austen’s novel. It is not everyday a book lover is pleased with an adaptation, but then again, it’s not everyday we get an adaptation worthy of Jane Austen’s wonderful prose, and I will go to my grave asserting this.