Memorable Moments: That Hand Flex in Pride and Prejudice (2005)

The single most important shot in 21st century Western cinema. 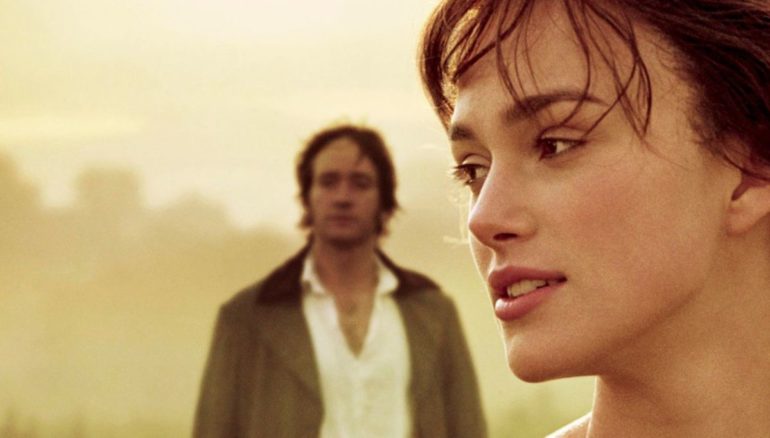 Has there been a more important shot in recent cinematic history than that hand flex in Joe Wright’s 2005 adaptation of Pride and Prejudice? Did the medium of cinema produce a single moment of more peak romance in the entirety of the twenty first century so far? I don’t think so. In a film of many iconic moments – that proposal in the rain, anyone? – a seemingly innocuous glance at Mr Darcy’s hand flexing after the first time he touches Lizzie’s hand should probably have won director Joe Wright an Oscar.

If you don’t know the shot I’m talking about, then either you haven’t seen the movie at all, or you were in fact unconscious when you watched it. Either way, you need to remedy that immediately and watch this video.

I’ll give you a minute to recover from that before I carry on, but it’s good, right? This moment comes fairly early on in the story. Lizzie and Darcy have come across one another at the dance where he confides – in her earshot – that she is not ‘handsome enough’ to tempt him. Keira Knightley. Not handsome enough. Sure thing, Mr D. Aside from that, they’ve spent several days together as Lizzie came to Mr Bingley’s house to look after her sister Jane, who fell ill with a bad cold as she was visiting. Those several days have been pretty fraught, and she has been calling Darcy out at every opportunity she gets for how trash his opinions seem to be. And then comes this moment, a seemingly innocent hand up into the carriage. It isn’t out of place for the time, or their acquaintance. But then comes the hand flex.

The hand flex tells us more about Mr Darcy and what he is thinking than any moment that has come before it. In a world of impeccable manners and careful acknowledgement of tradition and what is correct, the hand flex is an unguarded action of pure feeling, and it shows us that Mr Darcy is perhaps not the emotionless automaton that Lizzie thinks he is. In this time period, organised dancing was really the only time that unmarried men and women got to touch one another, and again, it was always careful and choreographed. But Mr Darcy has skipped the dancing completely and somehow ended up at this weirdly erotically charged touch of hands, and then he’s been unable to contain himself, needing to flex his fingers as though he can’t quite shake the feeling of Lizzie on his skin. See what I mean when I said peak romance?

Pride and Prejudice is, of course, one of the most famous stories in the world. There will be few people who see any film of it and not already know how it is going to end. But if there were somehow viewers that didn’t know, the hand flex would be their first clue that something was going on. And it is a clue that I think adds to the story. In the book, and in the other most famous adaptation, the BBC TV series, Mr Darcy is this unknowable figure until the first time he lays all his cards on the table and proposes to Lizzie. That is fine, because we are as surprised as Lizzie when it happens, and experience the scene along with her, especially the anger that he’s being so rude about her family.

But in Pride and Prejudice 2005, the experience of the rest of the film just feels a little bit different after the hand flex scene. The insight into Darcy’s head, however brief, is a powerful and pervasive one. He’s still being an absolute tool, and we don’t forgive him for it. (Indeed, part of the magic of Pride and Prejudice is that they don’t forgive each other, they just learn to see things from a different point of view and correct their own flaws because of it.) But we know now, secretly, two things about him that Lizzie doesn’t know. Firstly, he’s got it real bad for her, even if he does a terrible job of telling her. And secondly, he’s so awkward that of course this was the only way this proposal was going to go. It gives us a new perspective as an Austenian audience, to have such insight into the romantic hero’s head. We aren’t granted it often.

As a side note, I just need to talk briefly about Matthew Macfadyen who plays Darcy in this film, because he’s the one who makes all of this awkward brilliance work. Don’t at me, but I happen to think he’s the best Darcy of them all – yes, even better than Colin Firth. Macfadyen plays Darcy with such awkward and anxious energy that it is like he’s trying to crawl out of his own skin half the time, and I really dig the interpretation. I could write a whole other article just about his performance – which I also think is one of the best he’s ever given – but I won’t. Just know that his every choice, every look, every move adds up to make a character that comes much more naturally into his own as he gets braver and begins to understand Lizzie as a person. Darcy’s transformation into the walking literary trope of Ideal Romantic Lead doesn’t seem so wild a swing compared to what a bastard he was in the beginning when we see the place that a lot of his uptightness could actually come from.

And you will have to prise from my cold dead hands the idea that there is a connection between the hand flex and the union at the end, when the first thing Lizzie does is take his hands between hers and try to warm them up as he looks on awestruck. It draws our attention as an audience to his hands once again as he is putty in Lizzie’s, reminds us of that very first moment when touching hands was such a big deal that he could hardly contain himself. And now, she is here too, finally, returning his affections. To me, that seems a very deliberate choice to make.

But of all the choices, whether it was Macfadyen’s, or Knightley’s or Wright’s, or a script thing, or a combination of them all, none of them are as important as the hand flex. It is two seconds that elevate the character above what he has been before, make him more human, and give the audience just a little taster of what is to come. There have been so many Austenian adaptations over the years, so many just of Pride and Prejudice, that is is hard to do anything new or innovative with the characters we all know and love. But Macfadyen’s version of Darcy, with the pinnacle moment of the hand flex, does just that and, far from do any damage to the character, it just makes us love him more.