Has the franchise lost a bit of steam? 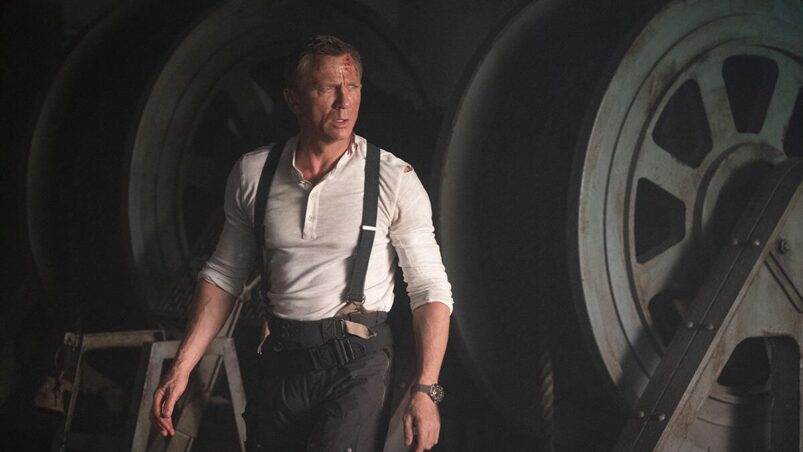 No Time To Die

As is the case with pretty much any James Bond film, No Time to Die has been mopping up at the box office – picking up $121 million in the first weekend of its international release. These are impressive numbers at any time, never mind post-pandemic.

However, is money really indicative of a good film? The Fast and Furious franchise would beg to differ, and it’s arguable that this is the case with 007 too. Boasting one of the most established and well-known back catalogues in Hollywood history, Bond movies have a certain familiarity that clearly strikes a chord with audiences across the planet.

Yet is that all the Bond franchise is now, a legacy franchise that is resting on the success of its past, failing to innovate and adapt in what is a golden era for action? Are releases like No Time to Die and Spectre really worthy of their box office numbers, or is the franchise being left behind by bold, brave storytelling from the likes of John Wick and Mission: Impossible? This writer argues the latter is true, for a number of reasons. Here are a few.

One of the things that has made the Bond series so beloved over the years has been its ability to wow audiences with innovative and groundbreaking action set pieces.

Back in 1974, Roger Moore’s super-suave spy defied physics by executing a breathtaking corkscrew in his trademark Aston Martin, careening over a river in Bangkok with elegant grace. Three years later, The Spy Who Loved Me pulled off arguably the most well-known stunt in cinematic history, as 007 soared off a cliff in patriotic style, opening up his Union Jack parachute with killer coolness. And in the mid-90s, Pierce Brosnan’s Bond got audiences talking as he nailed a 720-foot bungee jump off the Verzasca Dam.

But what was once a driver of creativity, a force for pushing the limits of action within the genre, has somewhat fallen behind to the ingenuity of other franchises. Mission: Impossible, in particular, springs to mind. This increasingly self-assured series continues to become more bold, more brave and more bizarre over time, overtaking Bond as Hollywood’s primary innovator.

No Time to Die tries to wrestle back this control in some instances, with that leap off the Gravina di Puglia aqueduct acting as the centre-piece for the opening of the film, but it fails to leave a mark on the insanity of Tom Cruise’s impossible missions. Is Bond running across the face of one of the tallest buildings in the world? No, he isn’t. Is he hanging on to the side of an actual plane as it leaves the runway? No, he isn’t. Is he flying a real helicopter over the mountains of New Zealand? Well, you get the point.

While the Bond movies were once the leader of the action genre, they have lost their grip on the scale and absurdity that made them such an overwhelming success. 007 may still have a license to kill, but he’s not making use of it with the originality we once knew. He has become, in all honesty, rather dull – rarely leaving you shaken or stirred.

So, if spectacle is no longer the main aim of these films, do they at least excel in terms of close-quarters, hand-to-hand combat? This was, after all, one of the key targets of the Daniel Craig era – bringing a more grounded approach following the extravagance of the Brosnan age.

Yet very few leave a real impression, at least not in the way that those in the John Wick series do. Across just three films, Keanu Reeves’ antihero has taken out enemies with pencils, library books and a 1000-pound horse, with each movie getting audiences talking about the extraordinary choreography every single time.

Hell, the brutality of the Wick films has made the titular character an international phenomenon, the source of countless memes and pop culture references, with Reeves arguably becoming the new face of his genre. Where once James Bond was the only name that sprung to mind when talking about action, he has since been usurped by the cold-blooded, remorseless Belarussian assassin – and for good reason.

No Style or Substance

Without winning the battle of spectacle or grit, the Bond films should at least boast an interesting lead character. With cool gadgets, fast cars and the ability to deliver popular lines like “Bond. James Bond.” you’d assume that Craig’s hero would be the coolest, most interesting player in the game. But, by lacking the playfulness of 007s of old, and relying on rushed storytelling to add depth and emotion, this just isn’t the case. Rather, Bond continues to feel like a relic of a bygone era, with other movies showing a greater ability to establish convincing charm and a clear identity in recent years.

Take The Man from U.N.C.L.E., for example, the criminally underrated spy flick from Guy Ritchie, which features the smooth-talking Henry Cavill in the lead role. In the same year that Daniel Craig was forced to deal with a dodgy, disjointed script for Spectre, the internet’s favourite nerd was beating Bond at his own game, delivering the sort of charismatic, tongue-in-cheek performance audiences came to love from Roger Moore and Sean Connery.

And with the likes of Kingsman: The Secret Service, Taron Egerton’s Eggsy offers an alternative approach to the action hero, increasing representation for the working class community in an area of cinema dominated by well-spoken upper-class types. Stepping away from the tropes of old and creating a character that feels fresh and nuanced, Kingsman adds real stakes to its story, getting the audience hooked from start to finish. The same can’t be said for the tired, overly-familiar feel of Bond.

Lacking mind-blowing action sequences, memorable fight choreography and a layered or even charismatic lead character, are the James Bond movies really worthy of their phenomenal box office success? Evidence would suggest not, and with No Time to Die bringing Daniel Craig’s run to a close, it is impossible not to feel that the franchise needs to adapt and improve – quickly. If not, it could risk falling further behind in the peak age of action filmmaking.

Simply put, there is no time to rest on past successes.

READ NEXT: From Page To Screen: A Brief History of James Bond