From Page To Screen: A Brief History of James Bond

Are you looking forward to No Time To Die? 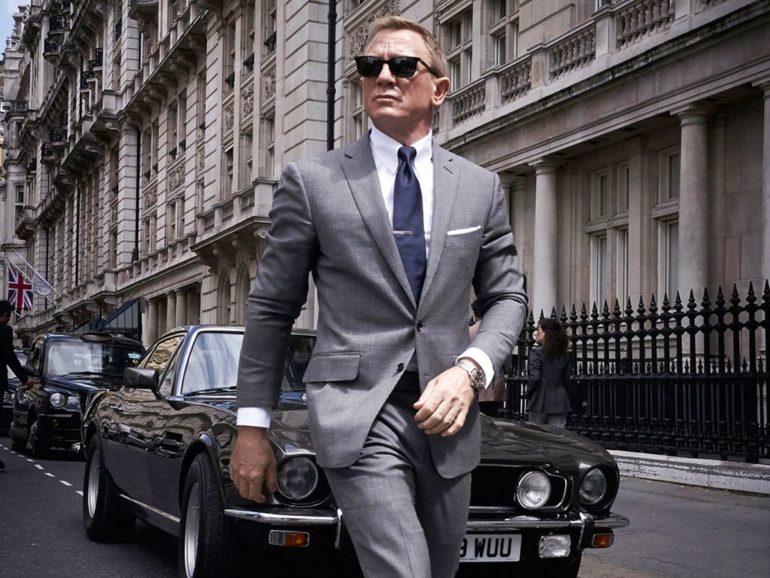 James Bond is undoubtedly one of the most iconic action heroes in film and literature. With a career spanning 24 films and countless books, the man with a license to kill has dominated the big screen for decades, and entertained millions of fans. With the latest film No Time to Die due to be released in April 2020, it seems only right to remember the long history of 007.

James Bond is the creation of writer Ian Lancaster Fleming, first featured in the novel Casino Royale in 1953. Born in 1908, Ian Fleming himself was a naval intelligence officer who served in the British navy, as well as a journalist. Even though he didn’t start writing the novel until 1952, he had always said to his friends that he wanted to write a spy novel. His service, especially his time during the second world war, provided much of the detail for the character, the novels acting as a blend of his own personal experiences and imagination.

One of the novels he wrote even shares the title of an operation he took part in, Goldeneye. 11 Bond novels and 2 short story collections were spawned during Fleming’s writing career, which ended at the time of his death in 1964. The last Bond book that was published during his lifetime was You Only Live Twice. As well as the James Bond books, Fleming wrote Chitty-Chitty-Bang-Bang in 1964, a children’s novel that was dedicated to his son Caspar.

However, even after his death, Fleming’s publisher Gildrose saw the success of the character, releasing Fleming’s previously unpublished books – The Man with the Golden Gun, and Octopussy and The Living Daylights. Afterwards, they approached different authors to write a continuation novel before commissioning Kingsley Amis, who wrote Colonel Sun under the pseudonym Robert Markham in 1968. Since then, the property has been passed between different authors: John Gardner, who revived the book series in the 80s, Raymond Benson, who wrote between 1996 and 2002, as well as Sebastian Faulks, Anthony Horowitz, Jeffery Deaver and William Boyd.

It is hard to imagine a popular book series without an accompanying film adaptation, and the Bond films are the most successful examples of book adaptations done right. In 1961, producers Albert R. Broccoli and Harry Saltzman teamed up to buy the filming rights of Fleming’s novels, founding the production company Eon Productions. With financial backing from United Artists, the first of these films, Dr No, was released in 1962, directed by Terence Young and starring Sean Connery as Bond.

Since then, the character has been portrayed by many other actors: David Niven, George Lazenby, Roger Moore, Timothy Dalton, Pierce Brosnan and Daniel Craig, The films themselves are the longest continually running film series of all time, with the most recent film Spectre released in October 2015. The series ranks as the fourth highest grossing film series to date, taking in over $7.040 billion, coming in behind the Marvel Cinematic Universe, Star Wars and the Harry Potter films.

As with any successful property, there have been a few spinoffs of the MI6 agent. The comedy show Archer clearly has ties to the character, especially with both characters being alcoholics and womanizers. Though the show itself is satirical of the spy genre, it is also something of an homage to James Bond. The character of Archer himself bares a resemblance to Fleming’s image of James Bond, an image that was done by Daily Express comic strip artists. Author Charlie Higson wrote a series of books called Young Bond. Though they aren’t strictly canon, the books are set in the 1930s, which fit in with Fleming’s chronology.

Writer Kate Westbrook wrote three books called The Moneypenny Diaries, based around the character who worked as a secretary in MI6 and was a recurring character throughout the series. While Eon productions had the rights to Fleming’s works, that did not include Casino Royale. This already belonged to another producer, Gregory Ratoff, who adapted the book for television. However, after his death, the rights passed onto Charles K. Feldman, who produced a satirical film loosely based on the book in 1967, also called Casino Royale.

Such a long history begs the question: why does the James Bond franchise continue to be so successful? In my opinion, it is because it hasn’t been allowed to stagnate. Sure, there may be the obvious connection about the series appealing to the male fantasy. However, the constant cycle of fresh actors, keeping the formula the same yet still experimenting in the film space throughout has kept James Bond at the forefront of pop culture. This doesn’t just go for the films: the 1997 Goldeneye video game found a new demographic alongside the movies.

Twenty-four films later, James Bond is still as popular as he was in the 50s. No Time to Die will be released on April 3rd, 2020, with Daniel Craig returning for his fifth film. Noamie Harris, who plays Moneypenny in the film, has described the script to be “unputdownable, [with] massive surprises [that] will really shock”. Ian Fleming’s franchise is still going strong over fifty years later, and is not likely to stop any time soon.