FX's animated spy comedy had to go to space to find its feet again. 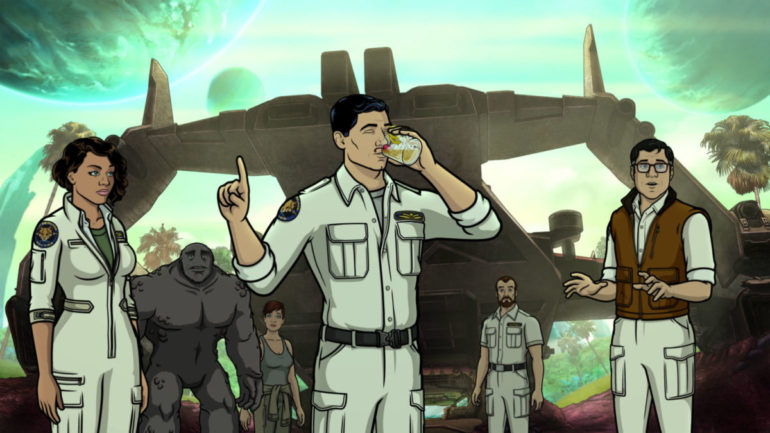 Longtime readers will remember my review of the previous season of Archer, Archer: Danger Island. My verdict was along the lines of ‘I’m not angry, just sad’. And with the last few seconds of that season revealing that Archer: 1999 would be plunging further down the hole of it all being a dream, doubling down on a formula that had been providing increasingly diminished returns, the prospects for this outing weren’t good.

So it was a happy surprise to discover that Archer: 1999’s actually managed to recapture some of the old shine. Counter-intuitively, this is partially because the setting used is genuinely exploring new ground (or rather, new space), as opposed to retreading old scenarios like Dreamland and Danger Island were. Yes, they’d been to space before, but despite the presence of the pulse rifles from Alien that was relatively grounded. This time they’ve gone full sci-fi.

Changing up the format like this is, by nature, a gamble, but in the realms of animation it has a decent pedigree. The major example is South Park, which never reinvented itself quite so dramatically as Archer, but has distinctly changed things a couple of times through its 22 years, and by so doing has kept things relatively fresh. By contrast, most of the other big names – The Simpsons, Family Guy, Futurama – stuck to their guns, and ended up feeling helplessly formulaic.

Sci-fi, as a genre, is big and broad enough that there’s plenty to play around with, not to mention parody. Archer’s takes on both noir and South Seas adventure found themselves hamstrung by their setting, often leaning into the ways the past was awful a little too hard. Sci-fi can’t go wrong that way, as it’s usually in the future, and if one locale isn’t working you can just jet off and find another one.

They also don’t fall into the trap of taking the obvious parody routes. Like their previous outer-space adventure, there’s a good number of Alien influences and references, so when they find themselves confronted with a bunch of mysterious eggs, it primes you to expect an episode of crawling around in the air ducts hunting down a xenomorph. Instead – well, I won’t spoil it, but it turns out that what they’ve got on their hands is a completely different beloved sci-fi trope.

And this, really, is the big difference between 1999 and the two previous outings where they’re quite openly spending a season doing a specific genre. This time around, they’ve made the most of the genre in a way they didn’t previously, mining it for either humour or plot far more consistently, rather than quite literally leaving it as backdrop.

1999 sees the welcome return of the episodic, adventure-of-the-week format. While this isn’t an inherent part of the sci-fi form, it does mesh with the genre very well, as the seemingly immortal Star Trek franchise has proven. More importantly, this format is what made Archer great in the first place. The show’s previous attempts at series-long plot arcs were never brilliant, and this was only amplified when Archer went into his coma and none of it actually mattered.

Possibly the highest praise I can give 1999, as the return to an episodic format suggests, is that the team behind the show seem to have learned their lessons from the mistakes of the past. Per example, they’ve always had a fairly polished art style, so when they upgraded it circa season six, it was admittedly gorgeous but felt slightly unnecessary. Now, in deep space, the artists can really stretch out and flex their creative muscles.

The strength of the Archer gang has always been that they’re a robust enough ensemble that they can be transferred in and out of pretty much any situation you care to name. Altering the characters, then, shouldn’t make too many waves in that regard. But transforming Amber Nash’s irrepressible Pam into some kind of alien rock monster works wonderfully, far better than Danger Island shamefully ditching Dr. Krieger in favour of a wacky talking parrot. Even as a human, Pam was a grotesque, vulgar beast, so this is hardly a departure.

Likewise, Mallory’s unclear status as some kind of computer being who becomes a glowing ball of light – as elaborate as that might sound – doesn’t rock the boat too much. They play about with the idea, but they don’t use it to the point of distraction. Curiously, it doesn’t even stop her hitting the bottle at every opportunity.

That, when it comes down to it, is the linchpin. It doesn’t really matter what form any of them take, so long as the right dynamics are there, and it’s a beautifully simple setup – having them squabble and waste time. Granted, this doesn’t quite have the fine flush of youth about it any more, they’ve been doing just that for ten seasons now, but that’s the other thing about the palette of new settings that the sci-fi format invites, that it invites new perspectives on the same chemistry. 1999 is never better than when it’s doing just this, but never worse than when it defaults to type and retreads the same old back-and-forths at the expense of actually making use of its new situations.

Behind the scenes, one thing that clearly informed the show’s shaky prospects was that creator and writer Adam Reed was sick of it all, and had previously been very blunt that after the tenth season he was out. It seems his feelings have softened slightly in the interim, likely because he’s had a lighter workload with 1999 – only writing about half the episodes, and Ray, the character he voices, being kept in the background for the most part. Either way, per a recent interview with executive producers Matt Thompson and Casey Willis, Reed’s been guardedly optimistic about remaining involved with the show.

And, to return to the idea of the show breaking some new ground, the last episode of 1999 sees Archer finally, at long last, coming out of his coma. A genuinely touching reunion with Mallory is leavened by his discomfort with emotion, and all’s right with the world.

This return to reality is prefaced by a little montage of the show’s best bits. I must admit, this felt like a misstep: at once terribly precious, and also suggesting they needed to pad the finale’s runtime. But, to be entirely fair, the show’s ten years old and hasn’t had any other chance to celebrate. Which is something it deserves. Many of its animated peers never managed five years, let alone ten, without going inexorably to the dogs.

READ NEXT: 20 Best Archer Episodes Of All Time 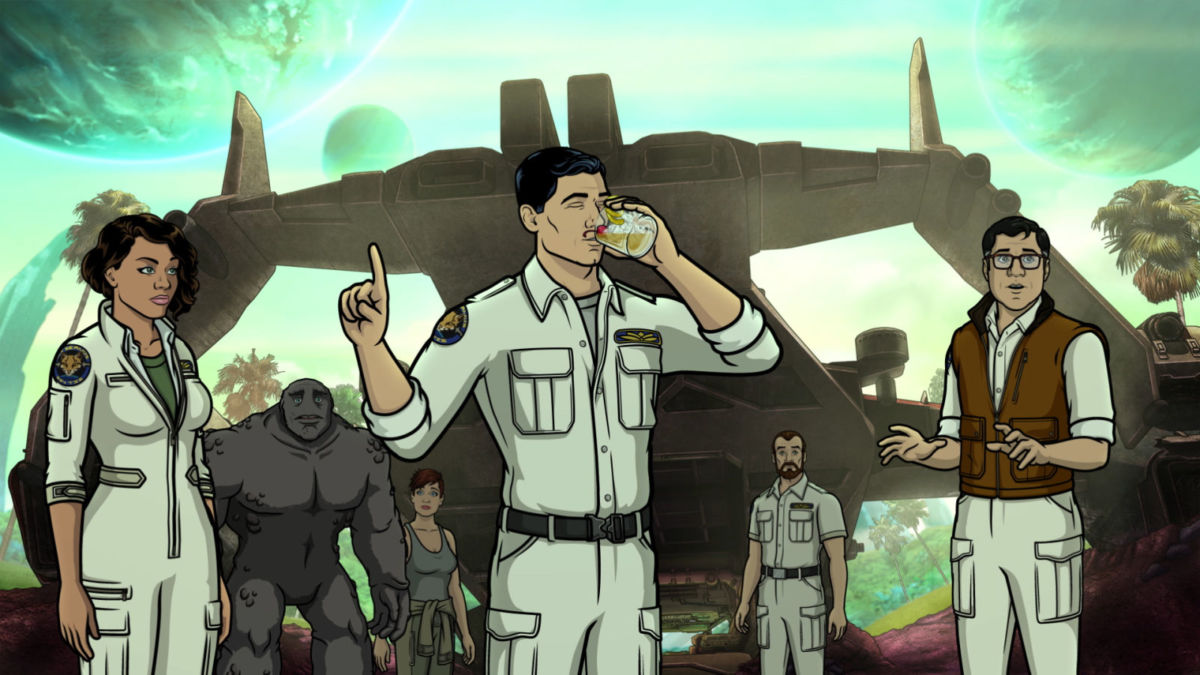 Verdict
After some distinct wobbles, Archer’s much closer to the golden years than it has been for a while, and finds itself in a much better position for the adventures yet to come.
7.5
Cultured Vultures is a pop culture website established in 2013 covering all things gaming, movies, and more. We eat your words.
All The News On The Biggest Games