Is Witchfire Coming To Steam? 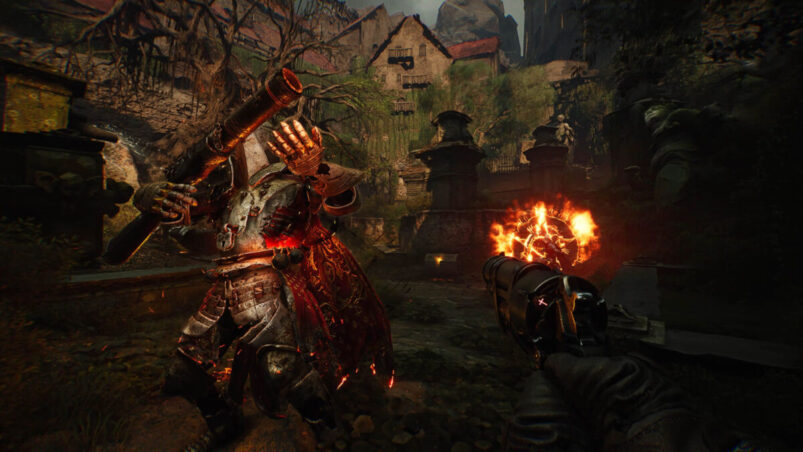 Those who are interested in first person shooters will likely have been keeping tabs on Witchfire ever since it was announced by indie devs The Astronauts back in 2017. The devs have been fairly quiet regarding development over that time, posting the occasional update here and there, but nothing major.

However, they returned in a big way at Summer Game Fest Live! 2022, announcing that Witchfire would be coming via early access on PC through the Epic Games Store exclusively. The question on most people’s lips now is: will Witchfire be coming to Steam and other platforms in the future?

The answer is yes, though not during the game’s early access period. The Astronauts team has long ties to Epic Games, after their work at People Can Fly before forming The Astronauts, along with the fact that their previous game The Vanishing of Ethan Carter utilised the Unreal Engine. Naturally, Witchfire is also using the Unreal Engine, with the Early Access exclusivity being another step in the ongoing co-operation between the two parties.

In a blog post on their official website, The Astronauts did confirm that Witchfire was being targeted for other platforms too, which likely includes Steam, though the first step is early access on EGS. The post cites Hades’ development as inspiration for why Witchfire is also going down the early access route. In Hades’ case, the EGS early access exclusivity was timed for a year before the game was released on Steam, with other platforms following after that. It wouldn’t be a surprise to see Witchfire go the same route.

Witchfire sees players taking on the role of a heavily armed instrument of the Vatican, who ventures into dangerous missions to take out occult forces looking to do some serious harm. It’s a roguelike shooter with some RPG mechanics to boot, but the gunplay itself looks like the game’s biggest asset.