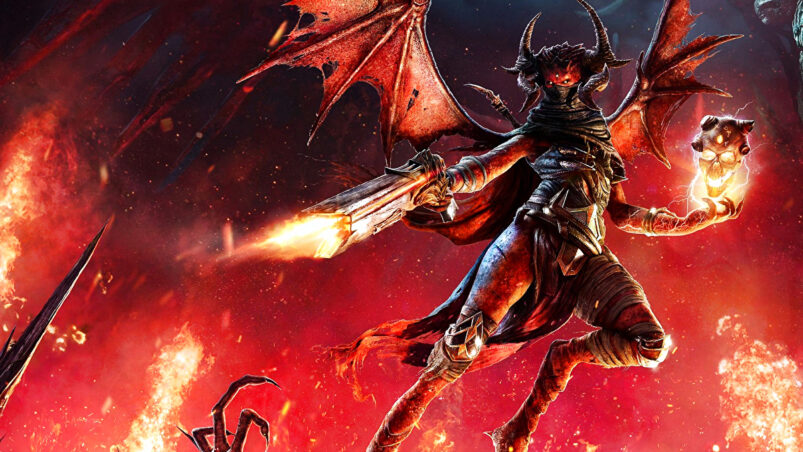 While it’s (sadly) not still 1994, there’s only one word I could think of after I wrapped up a short press demo for the upcoming Metal: Hellsinger from The Outsiders: rad. This has every chance of being the definitive video game for the metal scene, and it’s also a pretty compelling first-person shooter to boot.

Metal: Hellsinger is a rhythm FPS in which you play as a part human, part demon who’s out for revenge in Hell against The Red Judge. Basically what that means for you is lots and lots of demons to kill in lots of different ways to an all-original metal backing featuring work from some of metal’s biggest names (including SOAD’s Serj Tankian), with your quest for vengeance being narrated by Troy Baker. It’s exactly as fun as it sounds and, again, rad.

Anyone who’s played the supremely underrated BPM will feel right at home with Hellsinger, which cranks the DOOM influence up, adds a dash more blood and turns the tempo up a few degrees to create something that’s as captivating as it is challenging. Just like learning any instrument, getting to grips with Hellsinger takes a minute and you will hit plenty of bum notes, but it feels incredible once you get into the flow.

Players can shoot or slash to the beat, with improved combos for hitting the notes exactly, which in turns makes the music more intense and you more dangerous. There’s not much that can match timing shotgun blasts to explode a demonic barrel and then hearing and just generally feeling how much that takes things up a notch. It’s difficult to put across (especially from such a short demo) how amazing it feels, but it does definitely feel great once you get into you groove and the metal start blaring and your guns don’t stop blasting.

Pick-ups litter the arenas that you can use to multiply your score to make everything hit harder, with you also able to pull off DOOM-esque glory kills to finish enemies off. You won’t be surprised to hear that an FPS game set in Hell is heavily inspired by DOOM, with players also having the same movement options seen in Eternal. You’re going to need to use every weapon in your arsenal, including the dual revolvers and giant sword, to see out the day, as Hellsinger can tip over into bullet hell territory at points, especially against the fairly tricky bosses.

My one concern with Hellsinger is that there’s maybe just a bit too much going on all at once to begin with, especially if you’re rhythmically challenged. It’s not much of a pick up and play game, as there’s a good chance it may feel completely alien to some (despite its popular inspirations) for a while. There’s a lot to learn in Metal: Hellsinger, from shooting continuously on beat to effective crowd control to even reloading on the beat, but it’s a game I look forward to diving into properly once it launches.