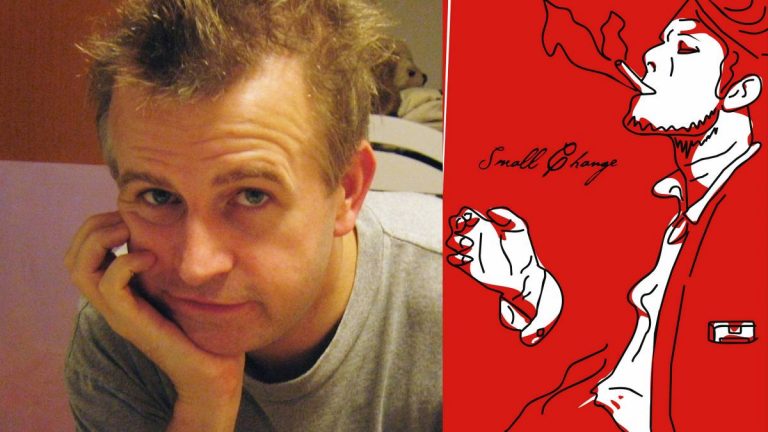 Andrez Bergen is the author of ‘Small Change‘ and other awesome books like ‘Tobacco-Stained Mountain Goat’, ‘One Hundred Years of Vicissitude’ and ‘Who is Killing the Great Hopes of Heropa?’. He´s been nice enough to answer a few questions about his upcoming book and his influences. 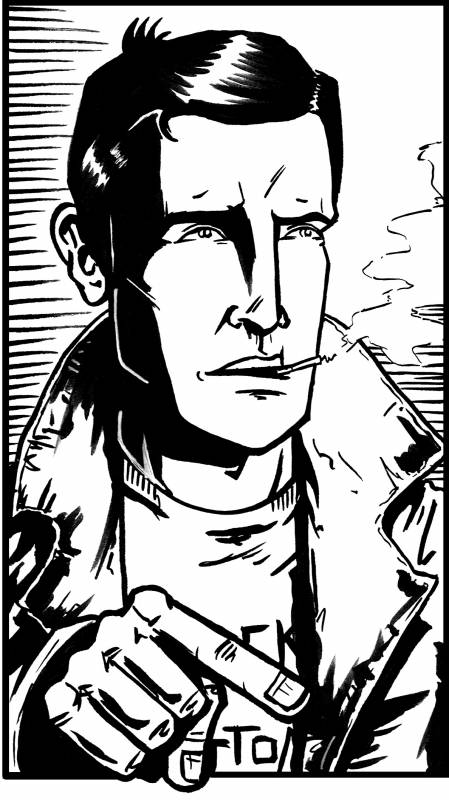 First off, I just want to say thank you for being open to an interview. Everyone on team Cultured Vultures highly appreciates it.
No, thank you! Always a pleasure, and I love what you guys are doing with the site, so hats off in return.

So, to start it all off, how excited are you that ‘Small Change’ is coming out in December?
Ha Ha Ha… can I say ‘very’ without coming off self-indulgent? Seriously, I’m really chuffed as the project came to fruition quickly over the past few months, although a lot of the ingredients here have been bubbling away for up to three years. I’m grateful to Roundfire – the publishers – for indulging by running with the book.

When you first wrote about Roy and Suzie, did you ever think they would have their own novel?
Not at all. They started out as a short story only a few pages in length when I was asked to submit something for the Pulp Ink 2 anthology through Snubnose Press in 2012. But I loved writing the duo so much that a series of further stories followed, and then the comic book adventures we put together for IF? Commix. By that stage I think I realized a novel could easily be told, since the characters had enough substance to breathe in a long-form edition.

Was there something you wish you could’ve written for this book but, for whatever reason, you just weren’t able to?
Yeah, I actually wanted to do a proper mummy yarn. The mummy does get a shoo-in, in passing, in this book – but the longer form short story just didn’t work as well as I’d hoped. I also thought long and hard about putting more in about Suzie’s background, yet I’d constrained myself to Roy as narrator and it didn’t seem feasible.

Okay, I have a confession to make, I loved Mocha! I thought she was really badass and there was still a lot of mystery surrounding her character. Hopefully, we’re going to hear more from her?
Actually, I’m really glad you liked her! She’s probably my favourite “side” character, and she’s an homage to my nine-year-old daughter Cocoa, who’s mad about ballet too. Cocoa/Mocha, get it? And ‘Bergen’ is the second-largest city in Norway, so I went next door to Sweden to come up with the ‘Stockholm’ family name. The fact that she’s also a martial-arts pro made her somehow, well, bad-ass like you mentioned. I’ve had times where I wanted to explore her character far more, especially a stand-alone tale. I floated a comic book concept recently, and am currently working on a children’s book featuring her, but we’ll see if that happens. I think we might see more of her… I know I want to bounce off Mocha in future. 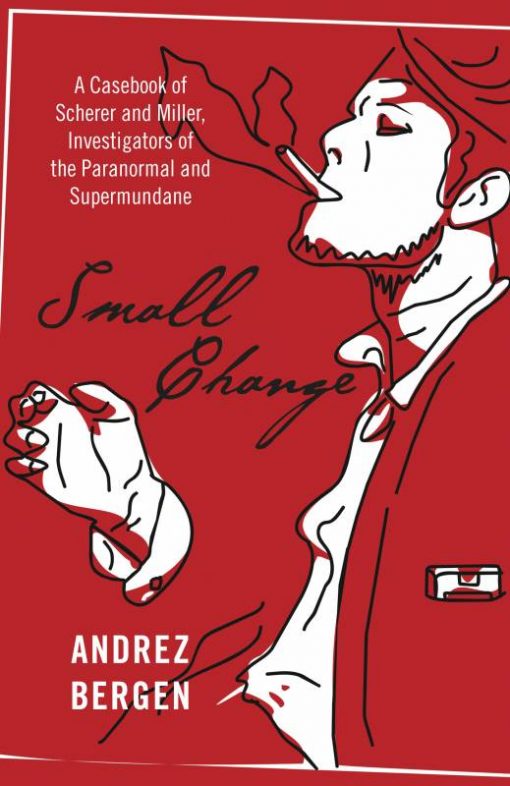 Also, I thought Roy’s interactions with Art were both very interesting and priceless. Do you think there’s still a possibility to go back and explore more of their relationship? Or would you like to leave it as it is?
Again, I have thought about this. The interaction between them is fun to contrast with that of Roy and Suzie, but at this juncture I think I’ve told enough of the pairing. Then again, my characters often filter between books and comics, so who knows?

We saw little sparks of romance between Roy and Suzie, did you always plan to eventually pair them up? And are you going to explore more of that in the future?
There’s a good question. Initially, with the Pulp Ink 2 story that started everything, I wanted them to simply get on one another’s nerves. Somewhere that changed – and I’m glad it did. The bickering, while great to toy with, had a certain limitation. A hint of romance bloomed somewhere between it all, and I guess that does seem to add life to some of the best odd-couple relationships.

What do you hope to accomplish with ‘Small Change’?
Hopefully reminding people that literature can be fun, along with the essential of good dialogue between characters. Sometimes repartee takes second fiddle to description, but I’m a huge admirer of Raymond Chandler – who wrote some of the best dialogue I’ve ever read. But I also wanted to mix-and-match styles, in this case noir with comedy and light horror. Sticking to particular literary pigeon-holes is stifling.

In your book you also talk about some of the influences that inspired ‘Small Change’, like The Twilight Zone, Kolchak: The Night Stalker, and the Creepy comic book series. But have there been more recent media – be it a TV show, movie or comic book – that have also influenced your writing, or at least starting to?
Definitely – I’m a huge consumer of books, cinema, TV and comics. Recently, TV-wisem I’d point to Buffy the Vampire Slayer, while I’ll always tune in to films by Christopher Nolan, Quentin Tarantino, Terry Gilliam and Guillermo del Toro. Literature always revolves around re-reads of classics by Raymond Chandler and Dashiell Hammett, along with latter-day writers like Angela Carter, Nicholas Christopher and Patrick deWitt, and comics…? Ye gods. I guess mostly Ed Brubaker and Matt Fraction as scribes, along with the art of Steve Epting, Sean Phillips, Michael Lark, and fellow Aussie Ben Templesmith. I still read early Frank Miller and Alan Moore – though I’m not into their later work – and I love the wisecracking camaraderie that Stan Lee and Jack Kirby developed with Fantastic Four in the 1960s. Finally, I find myself continuously returning to Hammer and American International movies from the same period – as well as ‘70s fodder such as Kolchak: The Night Stalker, like you mentioned.

Do you have any kind of ritual before you start writing? For example, do you need a specific location, have something to drink, do your usual demon summoning to increase your chances of writing a full chapter.
These days I tend to rise and shine with Heavenly exuberance – I’m kidding! – at around 4:00 a.m.most mornings, which gives me a few hours to potter before the family awakes. First thing I do is stick on a pot of strong coffee, and that generally keeps me going. 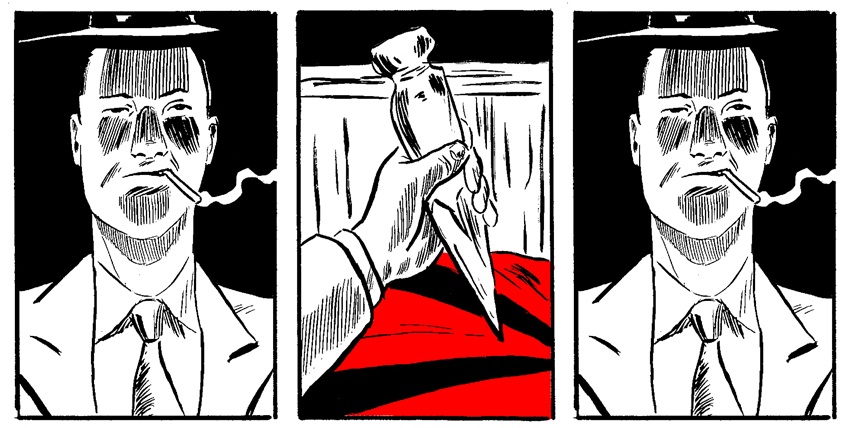 Finally, do you wish to leave any piece of advice for any aspiring writer out there?
Dead simple, and I’m going to nick the Nike slogan: Just do it. I think the biggest trap is procrastinating, or continuously rewriting-and-shelving (usually under the bed to collect dust). I do speak from experience, and it means you miss the boat. You also have to have some belief in what it is you do, writing from the heart rather than the head. That might sound like a Hallmark card, but even so the sentiments hang true.