Inscryption: How To Beat the Trapper and Trader 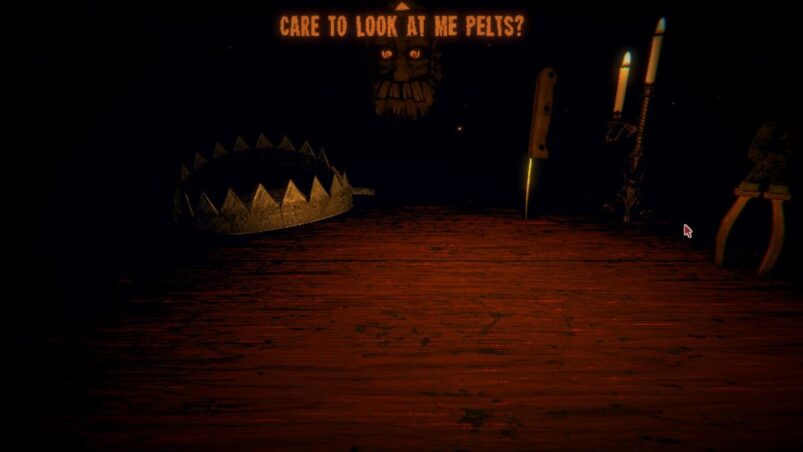 There’s always room for a two-faced boss and the Trapper and Trader fit this mold perfectly in Inscryption as the mysterious captor simply flips the mask to represent one or the other. They may be distinct personalities, but their encounter behavior is very much complementary. To help players understand this crazy dynamic, we go over how this two-faced boss performs.

Here’s everything you need to know about the Trapper and Trader in Inscryption.

The Trapper has probably the most unique playstyle as they actively play their own unique creatures to counter the player. Players will see mechanical frogs and deadly snapping traps litter the playing field.

The snapping traps are the most difficult to get through as they kill anything that touches them and they turn the creature that killed them into a random pelt. The Trapper also really loves playing bullfrogs and mechanical bullfrogs to block flying creatures, as well as having the latter type of frog turn into a snapping trap if it’s defeated.

However, the Trapper doesn’t really do much to summon big creatures, so players should expect only minor damage from their opponent.

When the Trapper is defeated, the Trader steps in and can really cause some serious damage. But this is where any pelts the player has in their deck or that they’ve earned from fighting the Trapper come in handy, as before the Trader becomes active, they give the player a chance to exchange pelts in their hand for some of the Trader’s creatures.

This can be a great way of getting powerful creatures off the field and to refill your own hand as the Trader typically spawns with really nasty upgraded cards. Depending on the number of pelts the player has, they can easily defang the Trader’s board without much effort.

The Trapper and Trader duo make for a really interesting boss engagement as the former tries to wear you down, while the latter overwhelms you with sheer force. Understanding the relationship between pelts, the Trader and how to overwhelm the Trapper will surely give you success.

READ NEXT: Inscryption: How To Beat The Angler