In the Heights REVIEW – A Dazzling, Vibrant Affair

In the Heights is a gorgeous spectacle, but also an earnest tale about chasing one's dreams. 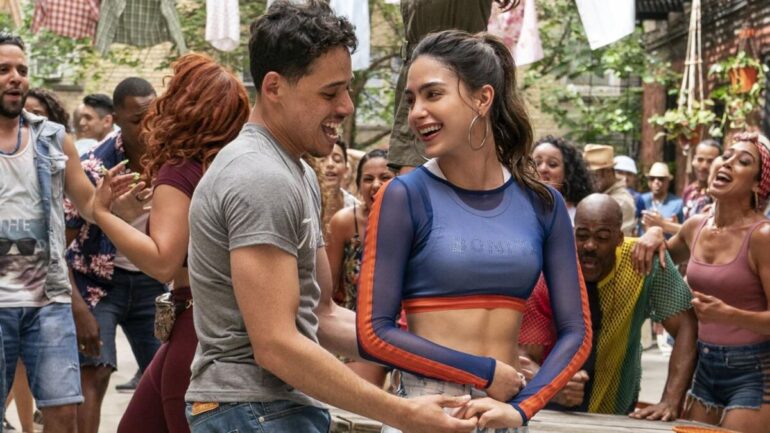 Competent movie musicals aren’t easy to pull off, especially ones that are adaptations – look at the abysmal attempt that is Tom Hooper’s Cats and you get the picture. Other times, it just ends up being underwhelming, like the adaptation of The Last Five Years with Anna Kendrick and Jeremy Jordan. The leads were vocally sufficient, but the musical didn’t wholly succeed in its transition to screen, with an essential spark missing from the whole affair.

I wasn’t sure where In the Heights would fall, but knowing director Jon M. Chu’s style, which tends to dwell in excess, I expected a spectacle – and the film delivered in spades. There are big musical numbers, with elaborate choreography, made blatantly clear from the beginning when Usnavi’s (Anthony Ramos) every move and step is set to the beat of the music. These big set pieces staged at different parts of Washington Heights, New York – the swimming pool, the salon etc – are the most enjoyable parts of the film. Through these musical numbers, we get a sense of the community and the heritage of the space, as well as the history of our main characters.

Ramos as Usnavi is a total star, so charismatic and likeable that he lights up the screen the moment we see him. Usnavi, who owns a bodega in Washington Heights, hopes to return to the Dominican Republic to salvage his father’s old business and build a life there. He sets his sights firmly on this dream and future, believing that besides a few relationships, there isn’t much keeping him where he is. Usnavi also has a crush on the lovely Vanessa (Melissa Barrera), who has dreams of her own – but has yet to do anything about it since he feels he doesn’t stand a chance. What he doesn’t know – while everyone else does – is that she returns the sentiment.

The subplot involves childhood friend Nina (Leslie Grace), who returns after a year in Stanford dejected and rejected, determined to drop out because she feels her difference and otherness every moment she is at the elite college. In the Heights makes it clear that dreams aren’t perfect; Nina has worked long and hard for something that doesn’t even feel right to her, while Usnavi dreams about a better life, but has no way of knowing whether the Dominican Republic is the embodiment of that better life.

Nina also has a flirtation with Benny (Corey Hawkins), a friend she grew up with who works at her father’s company. All these romantic relationships are spelled out from the start and are developed for us through song, which involves a lot of telling rather than showing, but romance isn’t really the film’s focus, so this issue is easy to overlook. Also, the more poignant beats don’t sink as deep, since the film is so eager to get back on track to its light-hearted essence. Still, Olga Merediz’s Abuela Claudia is lovely and affecting to watch on screen, and I must give a shout-out to Marc Anthony’s haunting performance – he had like five minutes of screen time and breathed so much tragedy into those brief moments.

The intention of the film is that of representation, and the importance of being seen. A big budget film like this in cinemas is a monumental thing for the Latin community, and to see the joyous response to it on Twitter was the most heartening thing. In the Heights highlights the struggles faced, but with a constant reminder that these struggles do not make them powerless. However, the film doesn’t attempt to paint these stories with a rosy hue – some of the narratives are left as loose ends, so we don’t know if these struggles are overcome. The pertinent thing to do is act in spite of an uncertain future, embrace change even if it may be scary, and when you find the people that matter most to you, take a leap of faith, even if a better life might not await.

In the Heights is the film we need in 2021, with most of us still in the midst of fighting a pandemic, having lived in isolation for so long that we have forgotten what it’s like to be part of a community. It is a wonderful reminder that this is what cinema does, and it’s films like this we can turn to in these bleak times, to feel some sense of cheer beat in our hearts in celebration of the human spirit.

READ NEXT: Make the Case: 5 Movies Where It’s Too Damn Hot 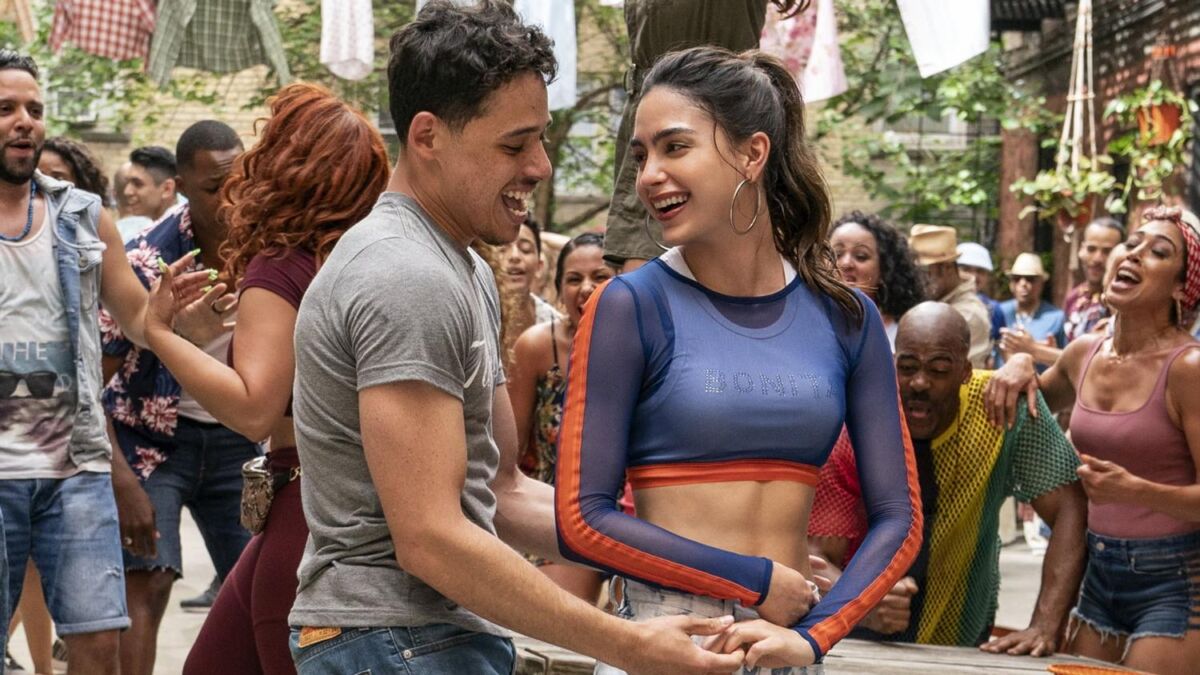 Verdict
In the Heights is everything a movie musical should be - a gorgeous spectacle with likeable leads and memorable characters - a tasty coquito in this summer heat.
8
Cultured Vultures is a pop culture website established in 2013 covering all things gaming, movies, and more. We eat your words.
All The News On Your Favourite Games