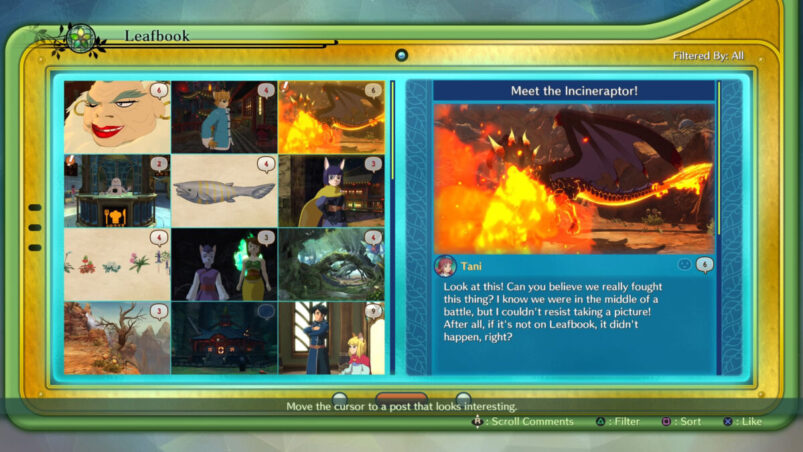 It’s no secret that social media is mostly a bit crap. The likes of Twitter and Instagram are just open invitations to the keyboard gremlins of the world to spout insults at you for no reason at all, while Facebook is just a rotating door of finding out which distant relative of yours is actually racist. Social media has its uses, but for the most part, it’s a cesspit.

I’m still on them, though, so guess I’m the hypocrite.

Despite my hatred for the platforms, I’ve found myself being endlessly entertained by social feeds as they appear in various video games. Aside from being a great way to establish the game as contemporary without drifting wildly into cringe-worthy influencer bait a la Riders Republic, social feeds are an excellent writing tool to ground the world that the game takes place in. Because games often thrust you into the centre of its own universe, it’s brilliant to see the world through a different set of eyes.

Insomniac’s Spider-Man games are likely the most notable examples of this concept, with the social feed accurately conveying Twitter/internet culture in a world where the Avengers exist and you happen to live in friendly Spider-Man’s neighborhood. If you have the chance of seeing the webslinger shoot past your window every day, why wouldn’t you post a cheeky tweet asking if he’ll deliver your pizza?

The social feed in Miles Morales is particularly impressive, showcasing the internet’s aptitude for gimmick accounts like SpideyUpdates or dedicated J. Jonah Jameson fans referring to themselves as brushheads. The feed also gives you more of a view into the character of Miles Morales himself, as he jokingly replies to other users on the social feed. It’s no surprise that Spider-Man’s social feed is so good though, given the significance of the Friendly Neighborhood Spider-Man app in the story, an idea that’s completely in line with Spider-Man as a character.

Another example is a game that’s become somewhat of a bugbear of mine as of late, just because it’s taken forever to finish: Persona 5 Royal. As you expand the Phantom Thieves’ operation, a “Phan-Site” emerges where you can see various comments from different anonymous users that really do an accurate job of conveying the vitriol that people spout online, along with their fickle nature when it comes to their idols.

One genre that’s been wise to lean into social feeds has been sports games, with Football Manager being an excellent example. As you try to lead your team to victory, you’ll witness a social feed that effectively captures the knife-edge that sports figures walk with regards to their fans. Even when you win, some fans just won’t be pleased, but dare to start losing and some of the comments become downright cruel.

The career mode in the UFC games walks that same line. You can use social media to hype up your upcoming fight, or establish friendships with other fighters so you can invite them to the gym to learn moves, all the while the peanut gallery keeps chiming in. I’ve won the past 23 fights in a row, and yet I’m still getting tweets before every match like “yeah, Ash is getting clapped tonight”. Don’t they know I’m the man in the arena?

Even Plague Inc, a game that might be a bit more of a sore spot for some in the current climate, makes decent use of social media through its news feed. It’s hard to fully know what’s going on at ground level during your own pandemic when all you can see is a world map and some weird symbols flying around. Seeing that the Olympics have been cancelled, or that a science body has declared the Earth as “not a planet”, is enough to raise a few giggles as you bring about the downfall of humanity.

However, the best example is, of all things, Ni No Kuni 2’s Leafbook. Social media parodies in a fantasy RPG don’t exactly seem like the right fit. A half amalgamation of Facebook and Instagram, Leafbook sees the residents of the Ni No Kuni 2 world posting updates as you progress throughout the game. Mostly, it’s a retread of story events shown from another angle, but there’s some actually hilarious bits nestled in amongst the lore.

With a map as vast as Ni No Kuni 2’s, the Leafbook is a great way of catching glimpses of the world you’re not currently high enough level to see, or to establish and pay off the ramifications of certain story beats. Just because you’ve moved on to another city doesn’t mean the residents aren’t still talking about your previous exploits. The Leafbook can even clue you in to buried treasure locations, making it a useful tool.

While social media might be a chore to navigate in real life, gaming is doing a great job of using the medium to enhance its own storytelling, providing an extended look into a world that’s occupied by more than just the main character and their friends. Hopefully, this is a trend that’ll continue in more games.

READ NEXT: 10 Best Short PS5 Games You Should Check Out