How Long Is Aliens: Fireteam Elite? 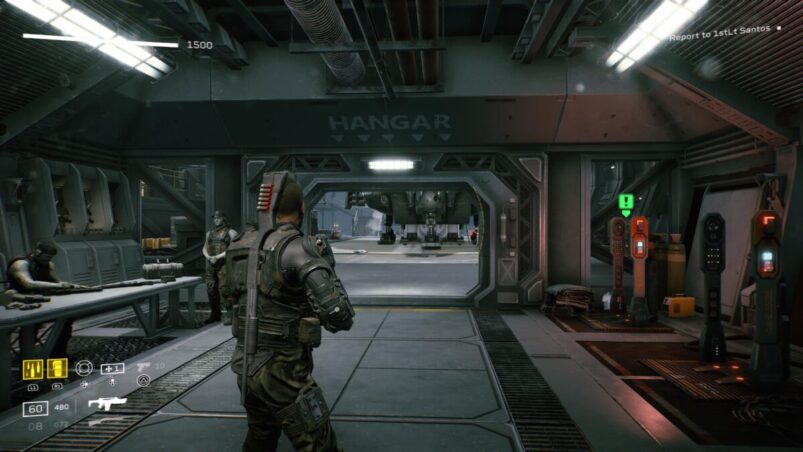 Aliens: Fireteam Elite takes roughly 8-10 hours to beat the first time around while playing on Standard difficulty, as long as you don’t get any game overs which mean that you have to restart levels all over again.

Fireteam Elite consists of four campaigns, each with three levels that are fairly lengthy. While they are somewhat repetitive, all revolving around fending off swarms of progressively harder xenos until a final, bigger swarm, it’s still fun, especially with friends. Shame that there’s no cross-play, though.

While 8-10 hours doesn’t sound like a lot of time to beat Aliens: Fireteam Elite, the game (and its genre) is intended to be replayed over and over again with you grinding for better gear and continuously levelling up. It’s not a Destiny clone as such, but Fireteam Elite does have some of the trappings of live service without being a conventional live service — there are no microtransactions, for instance.

With squad-based shooters like these, players also usually keep playing until they are comfortable with the higher difficulties, which Fireteam Elite also has. Casual, Standard, Intense, Extreme, and Insane are all available with ever increasing difficulty, while the latter two are unlocked for playing through the main campaign.

As well as that, players are also recommended to try out the different classes in Fireteam Elite to switch things up, ranging from the standard Gunner to the Doc. There’s even the Recon class, which unlocks for playing through the campaign. Unlocking all of the different perks and cosmetics for all of the classes, as well as trying out all of the attachments and levelling up the weapons, is going to be a long-term attraction for some players.

Completionists will also be at it for quite some time with Aliens: Fireteam Elite, particularly if they’re looking for the Platinum trophy on PS4 and PS5. Not only are there 43 trophies to collect, but a lot of them are also serious time-sinks.

Suturing Expert, for instance, asks you to heal your fireteam with an aid kit 100 times, and when you consider the fact that only three or so kits appear per level, that’s a lot of levels. Trigger Discipline, meanwhile, asks you to complete a level on Intense difficulty without anyone on your team committing friendly fire, which isn’t easy when you consider how hectic things get. Then there’s Supportive Squad, which wants you to complete 50 missions without any of your team going down, High Voltage, which demands you kill 1000 enemies with electricity, and then finally All My Personal Friends, a truly ridiculous trophy that asks you to four star 30 weapons.

All in all, the Aliens: Fireteam Elite Platinum trophy could take you around 100 hours to unlock as it’s quite the grind, though you may want to enlist some friends to help out as it might get just a little dull.

So, while Fireteam Elite isn’t the longest game in the world on paper, when you factor in its lower price and long-term appeal for people who like squad-based PVE shooters, and the fact that it’s a pretty decent Alien adaptation, there’s quite a lot of game for you to get through.

READ NEXT: Why Aliens is Better Than Star Wars