Aliens: Fireteam Elite: How To Play With Friends 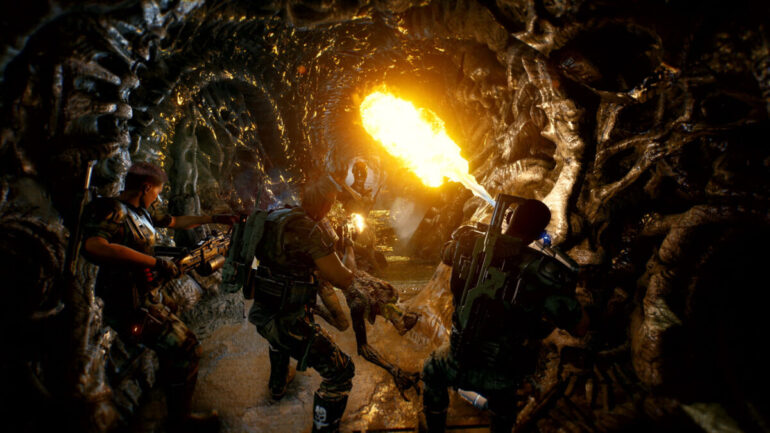 Aliens: Fireteam Elite is a multiplayer PVE shooter set in the Alien universe where you play as the titular Fireteam, an elite squad of Colonial Marines. Luckily, if you’re wanting to play with friends, it’s super easy to create your very own fireteam.

As soon as you get past the introductory sequence, pause the game and then scroll to the right until you arrive at Team.

Select where it says empty under Current Fireteam, and then invite your friends to join you, just as long as they are on the same family of consoles. There is unfortunately no cross-play between PC, PlayStation and Xbox in Fireteam, just between PS4 and PS5, Xbox One and Xbox Series X | S.

You can also invite friends into your Fireteam while you’re loading into a mission, but beware that they only have 90 seconds to join before the level begins.

READ NEXT: How Long Is Aliens: Fireteam Elite?