Why Aliens is Better Than Star Wars 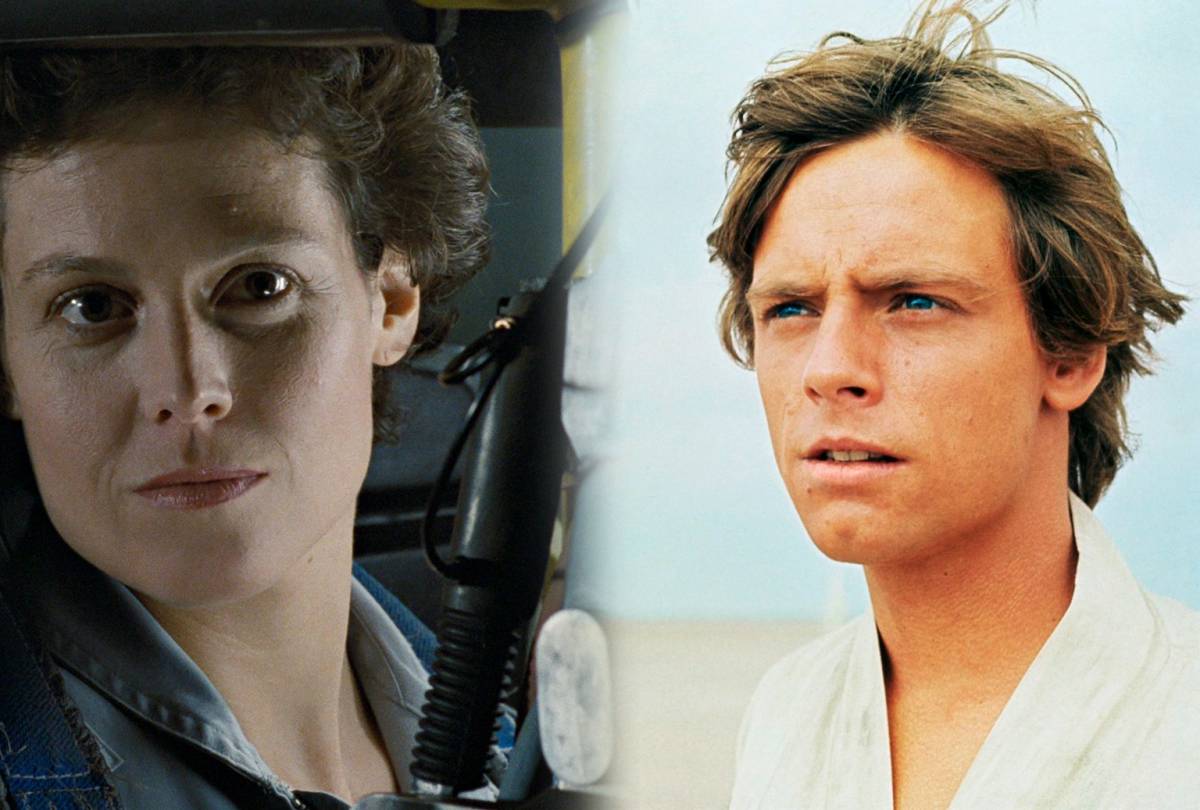 (Big spoilers ahead for Aliens but if you haven’t seen that movie by now then like the man says; I feel bad for you, son)

Star Wars. Everyone likes Star Wars. And so they should, it has an exciting story and memorable characters. A certain brand of geek would have you believe it’s the best film ever made, the holy grail of science-fiction-action movies. But it’s not. There is another movie which beats it into a cocked hat and then flings it into the vast, cold abyss of space. That film is Aliens. And I’m going to tell you why.

“But wait!” you cry, “Star Wars is a kids movie and Aliens is definitely not! You can’t possibly compare the two!” And to an extent, you’re right. So I’m not talking about whether little kids think Star Wars is the best movie ever made, I’m talking about an entire generation of kids who grew up into adult cinephiles, who now wear their nerdy SW allegiance with pride and furnish their social media accounts with pictures of Boba Fett tattoos and images of all the action figures that they shelled out small fortunes for. This article is for them, and how they’re wrong. Every single one of them.

Star Wars – and by Star Wars I specifically mean Episode IV: A New Hope – is a generational touchstone for millions. It’s like The Beatles; even if you’re not into it, you know what it is, and its influence reaches far and wide. And for what’s it worth, I really like Star Wars. I had a shitload of toys as a kid and was first in the queue to get tickets for The Phantom Menace when it came out (we all make mistakes). But like The Beatles, just because it’s really really good doesn’t mean it’s the best, particularly if something even better comes along afterwards.

And here’s something almost no-one is willing to admit; Star Wars, as a film, is actually a bit ropey in places. The only people in it with solid acting chops are Alec Guinness and Peter Cushing. James Earl Jones only really discovered the essence of Darth Vader’s voice and presence in The Empire Strikes Back, and everyone else is either a fresh-faced newbie or has no idea what they’re doing. And if they have no idea what they’re doing, that’s not entirely their fault. It’s because George Lucas isn’t a very good director. I’ll let that sink in for a moment. Isn’t. A. Very. Good. Director.

if you want, you can do some digging. And you will find that while George Lucas is credited as the writer-director of Star Wars, he isn’t the sole creative force that made it the juggernaut franchise it would become. He had a lot of help along the way, so much so that Star Wars’ phenomenal appeal is, if anything, a happy accident. Lucas’s ex-wife Marcia was instrumental in reshaping the film’s script in a way that would resonate with audiences. Furthermore, she worked hard with editors Richard Chew and Paul Hirsch in the edit suite to turn the movie from the unwieldy mess that George came up with into a competent piece of work where all the story beats came in the right places. Screenwriters Willard Huyck and Gloria Katz reworked the dialogue to make it lighter and snappier and didn’t even get a screenwriting credit.

Aliens came along nine years later. Writer-director James Cameron had only made one major studio film by that point (we’ll forget about Piranha 2 for now), The Terminator, a movie whose impact speaks for itself. Terminator was the movie with which he made his name, but Aliens was the film that well and truly put him on the map. Like so many films of its kind, it owes a debt to Star Wars, but it outdoes it in every way you can imagine. The acting is better. The dialogue is better. The characters arcs are well-rounded and the causality in the plot makes total sense. The special effects are simply phenomenal, the action scenes are exhilarating. And unlike George Lucas, James Cameron is the singular voice behind all it; a creative overseer who is able to tie all the disparate parts together to make something utterly unique.

Star Wars had soldiers in space, but they were anonymous drones in identikit uniforms with no personality. Aliens gave us the concept of grizzled, gung-ho military bastards in space, a concept which no-one had ever really seen before and which swathes of creators have run with ever since. It also gave us the idea of an alien enemy not as a singular lurking beast but now as a vast, teeming swarm that no amount of bullets and bombs can ever truly stop. This is something which has infiltrated not just a plethora of movies but also a hoard of video games, comic books, novels and TV series.

Star Wars was unlike anything that came before it but its story is based in traditional mythological archetypes. A young male hero must embark on a quest, usually along the way encountering a kindly wizard, an evil dark lord and a deadly fortress before finally vanquishing evil and learning something meaningful about himself along the way. It worked for Tolkien and it definitely worked for George Lucas. Aliens was also unlike anything that came before it, but it gave us a fresh, dynamic way to tell a story thanks to its badass female protagonist, Ellen Ripley.

In the first Alien movie, Ripley was the hero by default, the Final Girl who survives not because she is necessarily that much smarter or stronger, but because she is lucky enough to live longer. The same could be said of Sarah Connor in Terminator; when the movie starts she is a humble waitress who spends a good deal of the movie shitting herself and only learns to embrace her heroic destiny in the movie’s final act. In Aliens, Ripley is the protagonist from the get-go, leaping into action and taking charge when it becomes clear the Colonial Marines are are all getting their arses kicked by the Xenomorph threat.

Star Wars had Princess Leia, but Princess Leia gets taken prisoner at the beginning because she’s a bit useless and has to be busted out by Luke Skywalker. No-one needs to bust Ripley out of anything. She spends the entire movie rescuing everyone else (although technically she and Newt would have been dinner for the alien queen if Bishop hadn’t been there to whisk them away on the dropship at the end). She has to think quickly and, where needed, improvise in order to survive. And then she has to get tooled up and blow the living shit out of some alien scum before rescuing her pseudo-daughter Newt from a chestbursty fate.

To quote the great David Cronenberg: “Star Wars is what it is, a charming series of children’s fables.” And that’s really all it is. And that’s fine. Aliens, however, is so much more. It’s a grand salute to feminism; a science-fiction powerhouse; an action-movie masterclass; one of the best monster movies ever made; a weary reflection on American militarism and the inherent folly thereof. It’s never the same movie twice, and Star Wars most definitely is.

Everyone likes Star Wars, but everyone liking Star Wars is boring. We KNOW it’s good, okay? As I said earlier, it’s the Beatles of cinema. And endless, oft-repeated discussions on its merits are very tedious. This is a movie held in such reference that pre-The Force Awakens, some Star Wars fans used to claim that George Lucas’ work on the prequel trilogy had “raped” their “childhood”. And that’s only the sort of thing you say if you’re a fucking moron.

Oh and Aliens has a higher score on Rotten Tomatoes. Game Over, man!