Ash is working through some things. 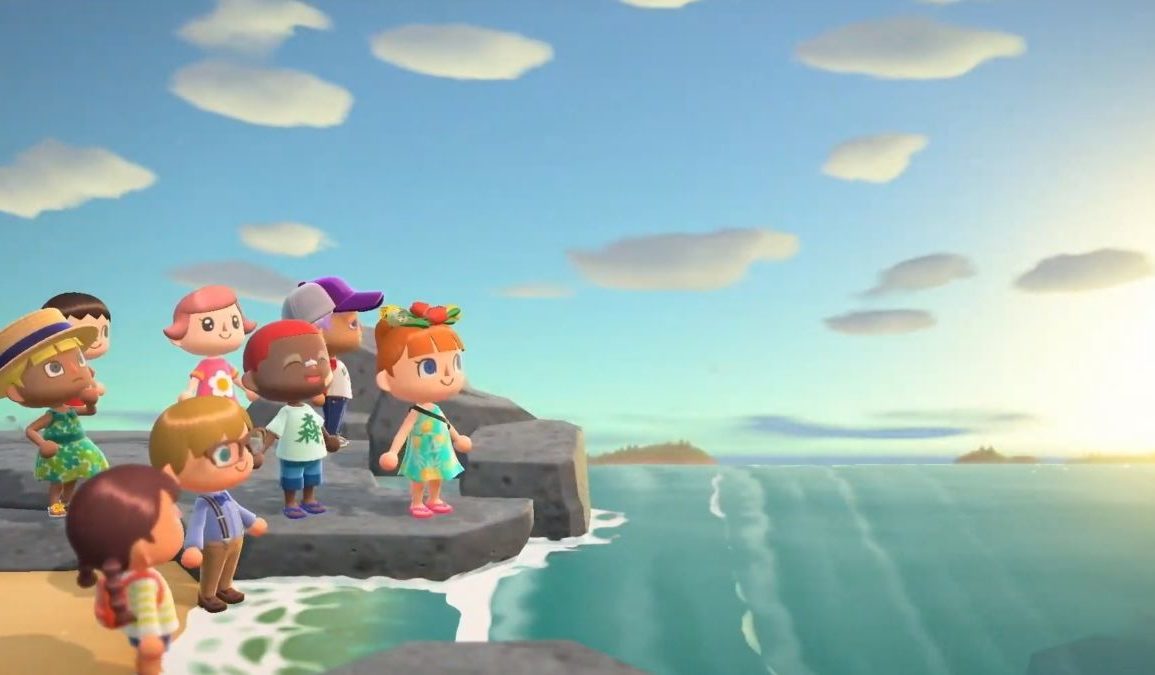 For someone who spent a year and a half really looking forward to DOOM Eternal, I’ve spent a lot of my past month playing Animal Crossing: New Horizons. I loved DOOM Eternal, I’m excited for the DLC and to possibly try an extra lives mode campaign run, but, for now, my cup is full. Meanwhile, my first foray into Tom Nook’s world has enraptured me, with new discoveries and events every single day. It’s amazing.

Animal Crossing: New Horizons’ true beauty and joy comes in the fact that island life is whatever you make it. For me, that meant island life became a hodgepodge of weird little elements, whether that’s the flamingo statue tribute that has inspired a cult-like following (thank you, Mr. Flamingo), the panicked bulletin-board entry from my first day declaring myself kidnapped by three devious tanukis, or the Godzilla vs Aliens movie that’s being filmed in the corner of my island. 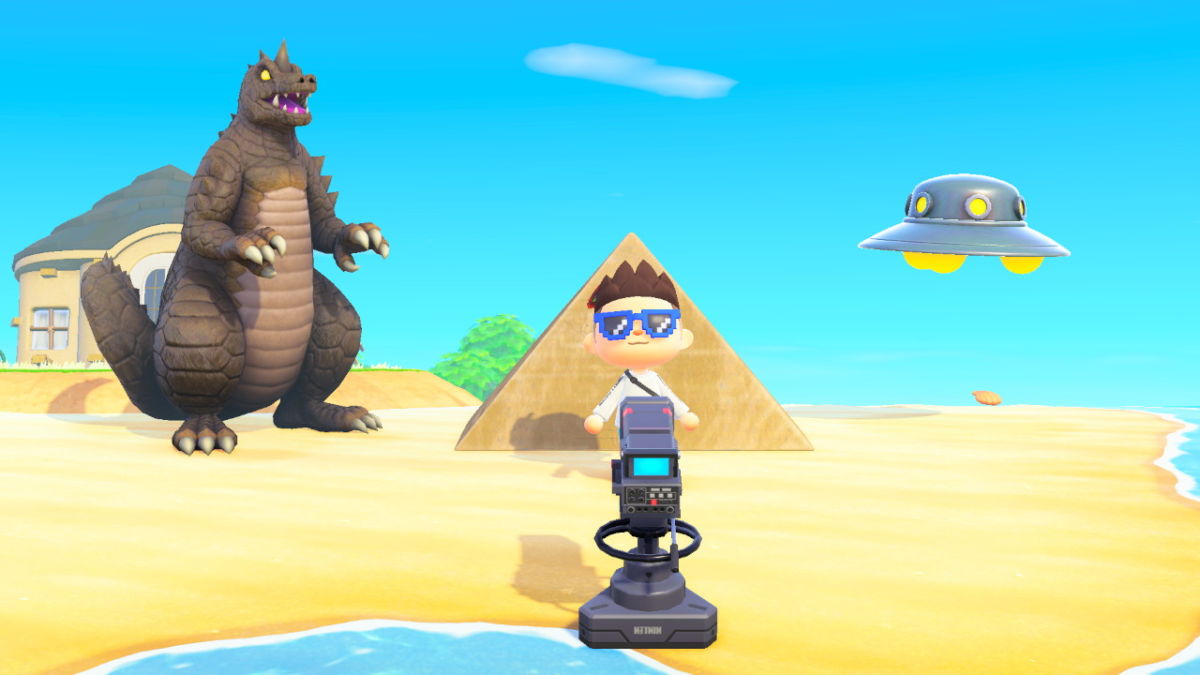 For the first week and a half, I was perfectly content with gathering fruit to sell at Nook’s Cranny, delivering animals and fossils to Blathers and paying off my debt to Tom Nook in relative comfort. Life, as they say, was good, but peace only seems to exist in order to be shattered. After constructing a Campsite at Tom Nook’s behest, I awoke the next morning to find it occupied, but nothing could have prepared me for what awaited inside the tent.

Some kind of clown-faced sheep, Pietro looks like he crawled himself out of Pennywise’s Macroverse to wreak havoc on my tranquil little island. Truly, his existence on Ogdenville would be more perilous than any monorail ever could be. Foolishly, one initiated conversation with this hellbeast was enough for the damage to be done, and Nook became adamant that this… thing had to be a resident. 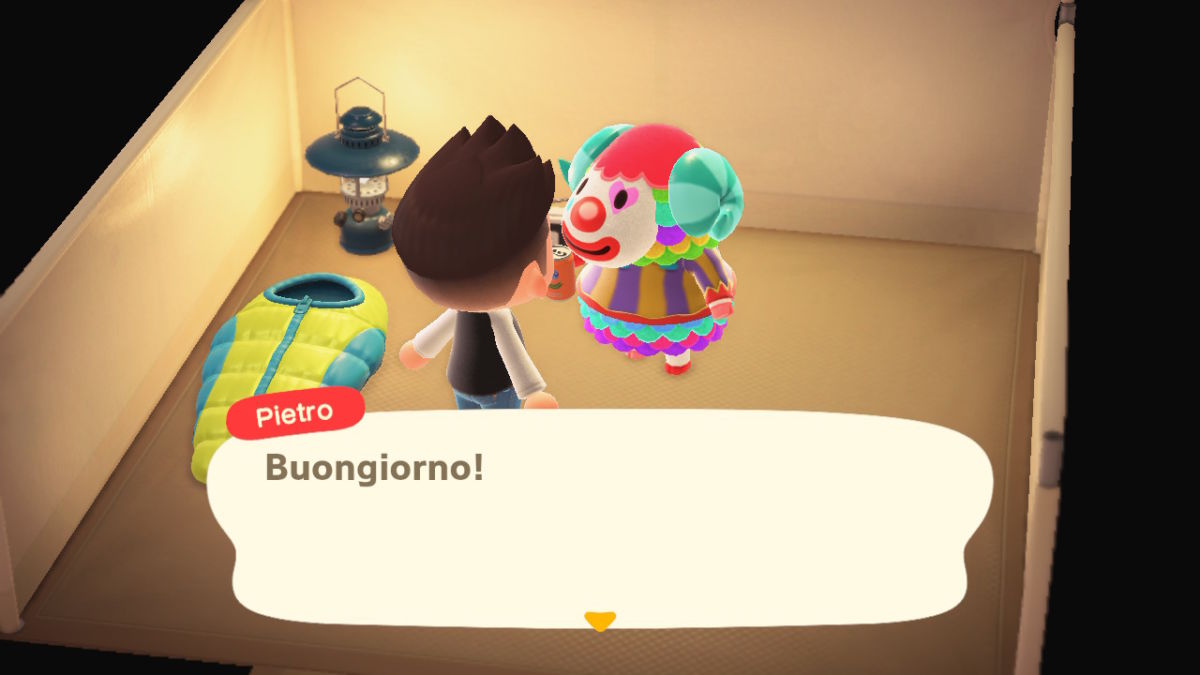 My island getaway, a home away from home and a sanctuary in a virtual sea, had been tainted by this garish looking dickhead with a penchant for smug self-aggrandising. Here he is, Billy Big Bollocks, acting like he’s Ogdenville’s biggest attraction (when it’s clearly the lovingly crafted log bridge, duh), while I’m over here working my ass off as the best Resident Representative a tanuki slave driver could ask for.

My joy over playing Animal Crossing: New Horizons had now been replaced with an unending source of anger that this freakshow has claimed residence on my once pristine island. Not only that, this cheeky little douchebag had the nerve to act like we were actually friends. Mate, you’re nowhere near as adorable as Wade or Skye. Check yourself. 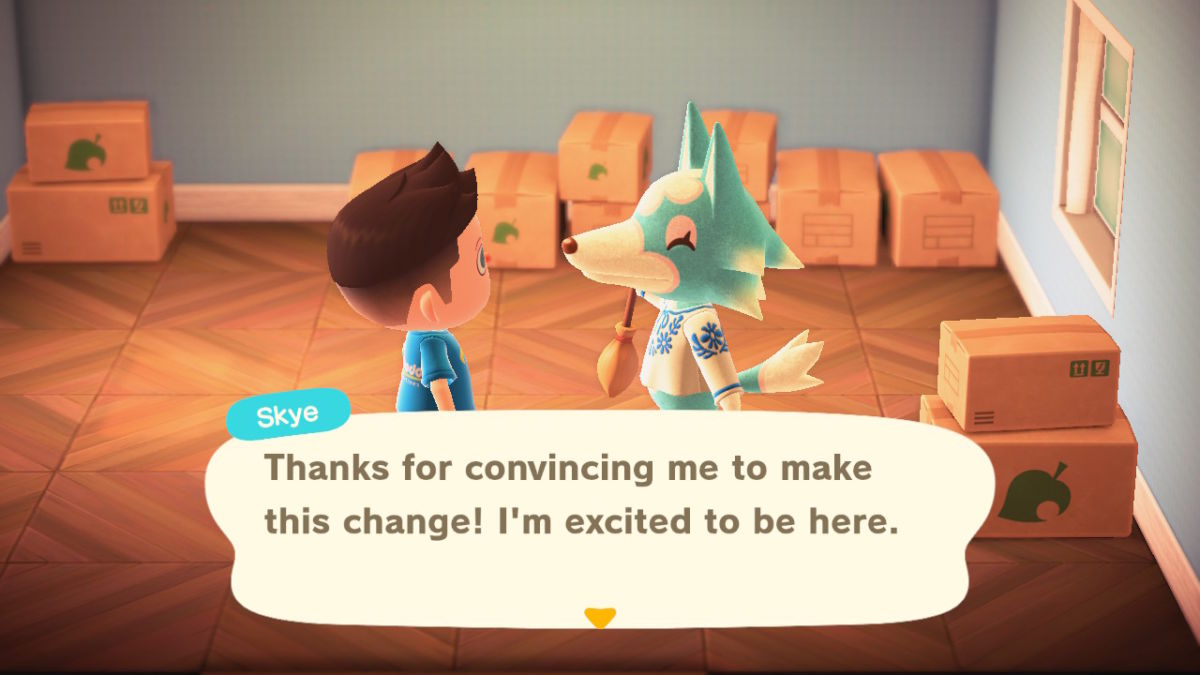 Around this point, you’re probably wondering why I haven’t yet invoked the almighty deity that is Isabelle and shown this fifth dimension B-movie monster the boot, but something clicked. Civilisation tends to get a bit boring if everything is awesome and cool when you’re part of a team. My island needed a bit of hostility, and Pietro is an all too unwilling participant.

Finally, my island life had a nemesis; the Ned Flanders to my Homer, or the Newman to my Seinfeld. My once directionless, scattershot island had now been given a purpose, and that purpose was the utter destruction of a resident that might genuinely be a serial killer. It was my solemn vow to make this circus reject suffer. 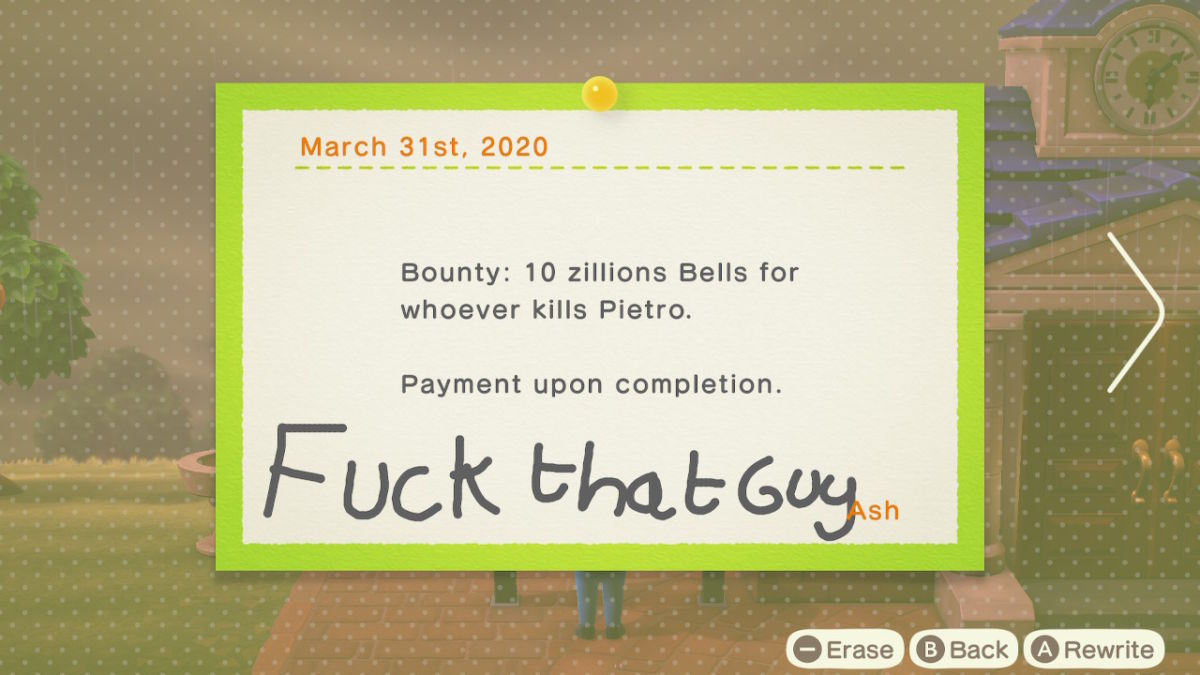 It started small, with passive aggressive acts like refusing to speak to Pietro while happily pestering the rest of my residents, or by sticking his house on a cliff away from everyone else, with no ease of access. Then, things began to escalate, as this targeted campaign of harassment led to some dark places.

There were the abuses of power, as I decided to host a separate BBQ on the same day as Pietro’s birthday party, flexing my powers as Resident Representative to make said function “mandatory”. There was also the small matter of a bounty on Pietro’s head that unfortunately went unclaimed, which forced matters into my own hands.

After recruiting my girlfriend for help, a fellow member of the “Pietro Really Isn’t Cool, ‘K” movement, we donned our freakiest outfits to plant pitfalls around his house under the cover of darkness. The next morning showed some pitfalls had disappeared, and I couldn’t find Pietro anywhere, so hopefully he’ll be the next fossil delivered to Blathers.

Nah, he’s persistent like that. I expect him to be outside my house next time I log on with a new reaction and a present for me, a sickly sweet smile and all. He’ll get his one day, even if I have to keep smacking him with a net until he leaves or inevitably murders me.

For someone who tends to get a bit bored of games where you have to “make your own fun”, as it were, there’s something about the creativity and flexibility in Animal Crossing’s dynamic that has captured my attention like few games ever have. Maybe that’s just the lockdown talking, but for me, my hatred for Pietro pushed my appreciation for the game to new heights.