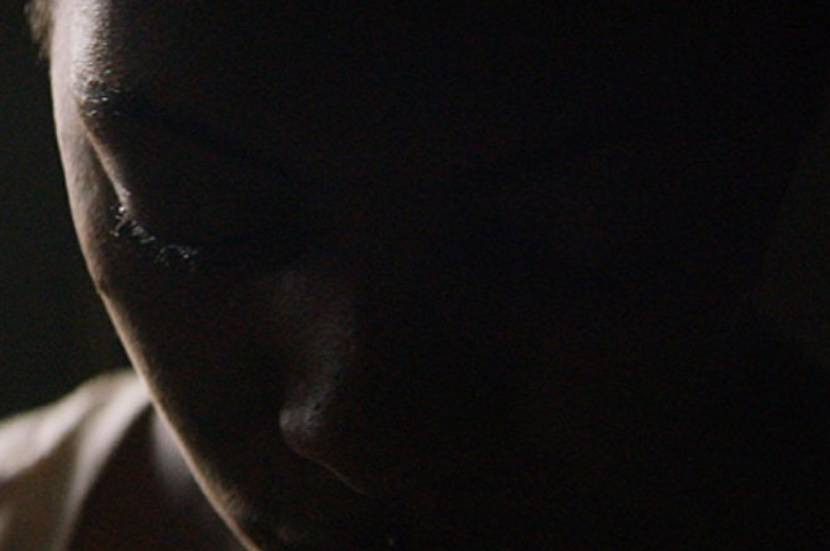 Hold Me Down, the title of a short film by Swedish director Niclas Gillis, can refer to the violence that sex workers face every time they do their job, as well as the political and economic circumstances that led them to go to such extreme lengths to provide their families with basic needs. I’ve seen a lot of short films in my 37 years, and I’m finding it difficult to recall one that was more emotionally affecting than Hold Me Down.

Of course the first question one might ask is, “What does a Swedish guy know about the lives of African American prostitutes in the Bronx, and what makes him qualified to tell this story?” These were my thoughts, at least. But owing to the unique circumstances in which the film was created, I think that Gillis did his best to make the story as accurate as possible.

The seeds of the story were planted over half a decade ago, when Gillis went with a friend to what he thought would be a normal enough party in Harlem. But the party was actually a front for a makeshift brothel. So he spent the next five years researching the lives of women who scraped out a living this way, interviewing around a hundred people. In addition to that, although this is a narrative film, there are no actors, at least among the female characters. The leads have all lived this life, though thankfully they’ve all been able to leave that scene and, thanks to Project Rousseau, pursue higher education. As you can imagine, this lends an incredible verisimilitude to the piece. All of the women involved in this project gave their souls to it. This is their movie. This is their story. It’s clear that Gillis knew that he would normally be out of his depth handling material like this, and made every effort to let the women tell their own stories. In that respect, Gillis is as much a facilitator as a director.

Which isn’t to say that the film isn’t expertly directed. The mise-en-scène is meticulously organized for maximum emotional effect. I mean, it’s virtually impossible to watch a mother wrapping her baby in toilet paper and a plastic bag while being bathed in front lighting from the kitchen window that darkens and obscures the scene without being profoundly affected. And I think the feeling this scene evokes in a way transcends politics. Americans certainly have vastly differing views on the methods that should be used to try to solve the problem of extreme poverty, but every decent person wants some sort of solution. Or maybe I’m being naive. Personally, I’d like to see a universal basic income that at least creates a baseline where nobody would have to resort to risking their lives while selling their bodies just to put food on the table and diapers on their babies. But I’m a crazy utopian in that respect.

Hold Me Down is certainly a jarring, unpleasant thing to watch, but it’s infinitely more unpleasant to have to live this life. And that’s the most heartbreaking thing about this film.

The core of the story concerns a bachelor party taking place…somewhere…it’s hard to say where exactly, though the space is larger than an apartment, but much smaller than a typical strip club. Wherever it is, it’s clear the place doesn’t have a liquor licence. This thing looks like it could be a strip club, but it definitely isn’t. There is no safety here. The women are risking their lives as thirty or more men crowd them in a small space with very loud music, out of control strobe lights and an MC who says such charming things as, “Bitches get on your knees.” It’s all a sensory overload and it makes for a tense, chaotic mood.

When Tanisha is performing a dance and doesn’t take her clothes off quick enough for the onlookers, she’s pushed to the ground and about twenty men gather around, looking down at her with expressions of rage and violence. If you’ve ever been callous enough to ask, “Why didn’t she just leave?” you’ll understand the absurdity of that statement when you watch this scene.

There are very few movies that I would urge everyone, no matter the type of film you’re usually into, to watch. But this is one of them. At thirty minutes, Hold Me Down is pretty much guaranteed to be lost to obscurity. There’s very little audience for films that aren’t feature length. But I feel like this movie is so incredibly important that just about anyone would get something out of it.

Though the film is unreleased as of now, it should be in wide release soon.